Solve a Problem You Know and Live 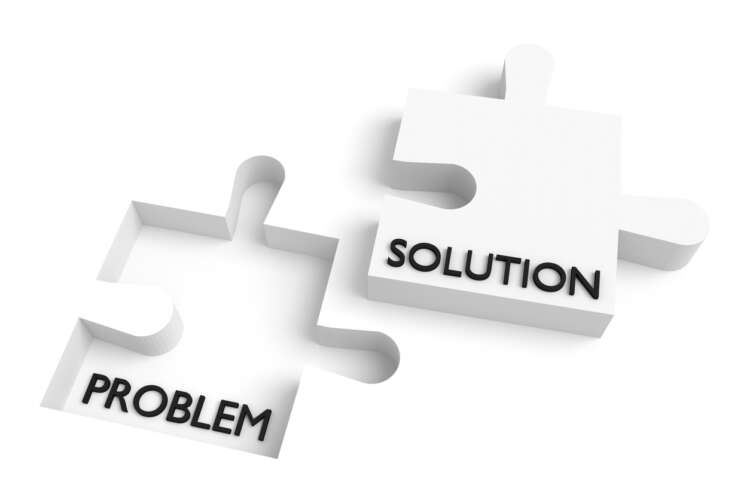 The “dream” of setting up a successful business must surely have crossed most of our minds at some time. It certainly looks like it’s crossing a lot of minds right now; more people than ever are saying adios to “the man”, packing up their desk cactus, taking their last trip homebound and setting up their own businesses.

Terms like “the Great Resignation” have entered our post-COVID vocabulary and spawned others such as “ “The Great Reimagination”, “The Great Reset” and “The Great Realisation”; all of them pointing to a widescale questioning of the work we do, how we do it, why we do it and what we get from it.

Bloomberg News recently commissioned a survey by the Chartered Management Institute. The survey reported that 45% of respondent managers stated voluntary departures in their respective organisations were higher between April and December 2021 than the same period in 2019. Meanwhile the Office for National Statistics reported the number of new company incorporations increased by 22% between 2020 to 2021.

The message is clear, a lot of us are bailing out of someone else’s cruise ship to build and paddle our own canoes. I am one of those people.

I decided to go my own way in January 2020, after thirty-two years as a corporate careerist. I began whittling out my canoe, out of circumstance and curiosity, just before our nation went into its first lockdown.

For the preceding three years I was self-employed and contracted to an international organisation based in Geneva. At the end of 2019, my client asked if I would join full-time and relocate to Switzerland. I declined the offer, we parted as friends and I launched headlong into 2020, unemployed for the first time in my life; only to find, well…it’s kinda scary out there!

It would be easy to think waking up every morning without any form of accountability is appealing; I certainly thought it would be. But I very quickly missed the human interaction with former colleagues and sense of purpose I derived from my erstwhile professional life and the daily structure it provided.

Despite the absence of these pillars, I just knew I could not go back to working a corporate job again. Y’know the feeling of when it’s time to leave the “party”? Well, in January 2020 I recognised it was time to bring my corporate career to a close. Time to take down the lights, sweep up the party-poppers, drag out the empties and have a hard, long think about what’s next.

So that’s what I did.

We have all come across companies that speak of “putting the customer/consumer at the heart of what we do”. I worked in a few myself. Many talk it but few convincingly walk it; not least because really knowing who your customer is and what they want is nigh-on impossible unless you are one of them.

This then was the starting point for me deciding to launch my own business at exactly 6.30pm on 6th February 2020. To this day, some two years on, I know exactly where I was, what I was doing and who I was doing it with, when I decided to launch DuelFuel.

How do I know the precise time? It’s simples, dimples – I had just finished a workout at my local gym, which started at 5.30pm. The workout was, even by the coach’s own definition a “rancid” one and the entire class was lying flat on their backs, like upturned dead beetles, gasping for air.

With hindsight, my participation in this dead-beetle-athon was inevitable. I had not prepared well for the class. It turned out most of my fellow beetles hadn’t either. The last thing I “ate” that day was a bowl of soup for lunch, meaning I was effectively running on empty. My three fellow workout bros were in similar grim-order and ‘fessed-up to having had “a cuppa on site, just before I left”, “nothing much today, apart from breakfast” and “a cheese-burger, around noon”. Not surprising we all looked like extras from Beetlejuice (sorry – couldn’t resist!).

Once the collective will to live returned to our gang of four, we talked things through. Turns out none of us knew what to eat and when to eat it to ensure we had enough energy to see us through the torture we had committed ourselves to, or to help us recover from it afterwards. One of the guys was even thinking of giving up the gym altogether because “I’m not getting anywhere. It hurts like hell and I’m not seeing any progress”.

I took my wrist-straps off and put my consultant’s head on:

“So what’s the problem here, fellas?”

Six foot-four maritime-insurance dude Nathan was the first to reply.

Ben the roofer had a different view;

“I’m not getting anything back for the time I am investing in myself. I know it’s down to nutrition, but I don’t know why. I need someone I trust to help me understand all this.”

Chris mumbled something inaudible behind the oxygen mask Nate was holding up for him.

Boom. Thanks guys. Confidence and convenience. Problem defined by the very people who experience it, daily.

I drove home with a new sense of purpose; to solve the problem that Ben, Nathan, Chris, the legions of people up and down the country who exercise and I all experience on a daily basis; what to eat with confidence before and after exercise to enable us to derive the maximum benefit from our exercise.

By four o’clock the following morning I hadn’t slept a wink. I crept downstairs, logged onto the Intellectual Property Office website and registered the name “DuelFuel”.

Looking for a Happier Career? Start by Identifying your Happiness Recipe