How entrepreneurs can prepare to sell a tech business

Christmas fizz prompts UK's Sainsbury's to lift profit guidance
Our website publishes news, press releases, opinion and advertorials on various financial organizations, products and services which are commissioned from various Companies, Organizations, PR agencies, Bloggers etc. These commissioned articles are commercial in nature. This is not to be considered as financial advice and should be considered only for information purposes. It does not reflect the views or opinion of our website and is not to be considered an endorsement or a recommendation. We cannot guarantee the accuracy or applicability of any information provided with respect to your individual or personal circumstances. Please seek Professional advice from a qualified professional before making any financial decisions. We link to various third-party websites, affiliate sales networks, and to our advertising partners websites. When you view or click on certain links available on our articles, our partners may compensate us for displaying the content to you or make a purchase or fill a form. This will not incur any additional charges to you. To make things simpler for you to identity or distinguish advertised or sponsored articles or links, you may consider all articles or links hosted on our site as a commercial article placement. We will not be responsible for any loss you may suffer as a result of any omission or inaccuracy on the website. 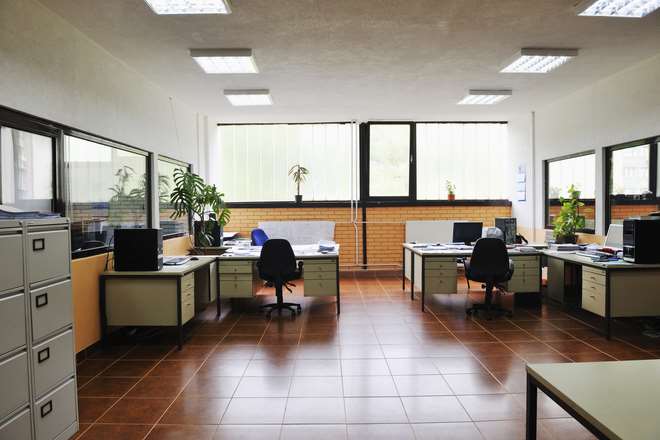 In today’s tech-fuelled climate, new technology companies seem to appear almost every day. Indeed, research suggests that the number of technology startups launched in the UK last year rose by almost 60 per cent from 2016, with over 10,000 companies incorporated in total and 4,238 in London alone[i].

This fast-moving environment has led to rapid rates of consolidation and high expectations of growth, with products or services first imagined by tech startups frequently being sold to global giants such as Google, Apple and Amazon. Music service Shazam was bought for £400m by Apple last year, and 2014 saw Facebook’s acquisition of Whatsapp for $21.8bn. Only two years prior, the social network famously purchased photo-streaming service Instagram for $1bn – the company is now estimated to be worth more than one hundred times that price[ii].

All this has made mergers and acquisitions (M&A) activity an essential part of business growth for tech companies. With interest rates low, share prices high, and thousands of tech companies with the potential to generate huge amounts of money, tech M&A is thriving.

Below, John Farrugia, Partner at Cavendish Corporate Finance, outlines the five key strategies tech entrepreneurs should take into account when negotiating the sale of their business in such a fast-growth, ever-changing landscape.

Even with such an abundance of activity, acquiring firms remains complicated as strategic and financial buyers compete avidly for the best deals. That means tech entrepreneurs must have a well-thought-out M&A strategy from the outset; it’s now become a crucial, necessary part of any growth strategy.

But with so many tech companies in existence, any strategy must be not only thorough, but realistic. Without a genuine understanding of their business, entrepreneurs could risk massively under or over-valuing their companies, with the latter due to the common pipedream many entrepreneurs hold of being snapped up by a tech giant shortly after inception.

However while behemoth deals involving such tech giants as Apple and Google may dominate the media, most tech M&A activity doesn’t take this form. European tech firms are most likely to be acquired by a company from the same geography rather than a Silicon Valley colossus, and the majority of deals go largely unnoticed outside of small technological communities.

Properly positioning the business, and understanding how it could be integrated into a target acquirer, is critical for entrepreneurs looking to sell. This is especially true for tech firms, which can be particularly unique given that what sets one apart from another is often a complicated source code, or small differences between apps or programmes.

Ahead of any sale, ensuring there are no gaps in this code, data and IP, is crucial. Entrepreneurs should ensure their business fully owns the IP behind its product – and if not, whether there is any reliance on third-party technology. If this isn’t properly disclosed in negotiations, there could be a risk that the buyer could pull out or the business could eventually be sold for a much lower price.

Entrepreneurs should also ensure the company is ready and presentable before showing it to prospective buyers and ahead of any due-diligence process starting, and financial statements must be up-to-date and in order. Acquirers will want to see steady, predictable revenue as much as they want to see cutting-edge technology.

Value your team, but don’t forget your own goals

Tech firms are all different, particularly when it comes to their employees. Many are built upon the particular strengths and personalities within development teams, so it’s very important that the key players are retained after a merger or acquisition has taken place. Those who know how to evolve the software as the market develops can be critical for future success, and a strong management team behind any shareholders and founders can help put buyers at ease and reduce risk during the sale process.

But, as well as the wider team, it’s equally critical that the entrepreneur behind the business is protected and valued. Three in four entrepreneurs want to stay on after selling their business, and this is particularly true in the tech sector – here, only 19 per cent of founders want a clean break after selling, compared with 26 per cent of consumer entrepreneurs[iii].

This makes it crucial that the entrepreneurs’ own interests are protected, depending on the level of involvement they wish to have once the business is sold. This can be done by locking down elements like double-trigger acceleration vesting, as well as change-of control incentives and severance packages.

Recent research found that 73% of UK companies keep their digital acquisition as separate business entities – which is a shame, as this reluctance to integrate businesses can mean firms miss out on the expertise and varied working styles that a blended team can offer. And in the tech world, where creativity and innovation is key, this could mean that a huge amount of the potential that these deals offer is being lost.

Keep sight of your product – and your brand

Customers or users are a critical part of any brand’s value. This is certainly the case in tech, where products often generate a very loyal, and divisive, following. It’s crucial that entrepreneurs looking to sell are aware of this, as subtle differences between products could cause a customer base to turn away. Sellers need only look at the divisions between Spotify and Apple Music, or Android vs iPhone, as evidence of this.

This means that both buyers and sellers must think very carefully about the look and branding of any product after the merger or acquisition is complete. Firms with customer facing platforms should decide whether they want to converge or diverge the brands before completing an acquisition, and be ready to communicate this to the market.

Engage a trusted adviser early on in the process

Finding a trusted M&A adviser can take time, and one with deep industry knowledge and connections often requires another adviser with a strong network themselves to leverage. An adviser with experience in managing and negotiating the often competing influences of investors, acquirers, employees and founders, is of paramount importance to the success of a transaction.

It is critical that the keystone adviser has a firm grasp of typical deal structures and potentially hidden clauses often negotiated by acquirers and equity investors. And just as critically, they must be involved in the earliest discussions, before the main terms are set or after the best time to voice key deal points has passed.