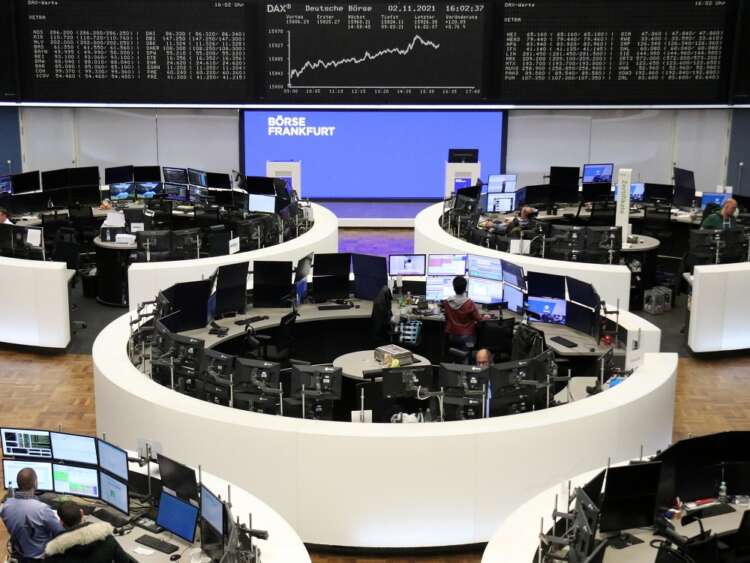 (Reuters) -European shares surged on Friday and were set to erase weekly losses as hopes of an economic recovery in major trading partner China were bolstered by more central bank stimulus.

Auto stocks, banks and technology names led gains in Europe, rising between 1.5% and 2.6% and lifting the pan-European STOXX 600 index 1.2%.

“It is not surprising perhaps that we have a little bit of a bounce today given the good news from China overnight and as we have had some very negative days this week,” said Jonathan Bell, chief investment officer at Stanhope Capital.

Over the week, European retail and food and beverage stocks lost 0.8% and 4.7%, respectively, while miners outperformed, rising 5.4%.

“One of the things that the market seems to be getting closer to is the risk of recession and acceptance that the war in Ukraine may not finish quickly,” Bell said.

Luxury stocks took a hit as Richemont slumped 9.3%, after the company struck a cautious note over growth in China after its full-year profit disappointed.

The company also failed to report any meaningful progress in long-running talks about it “Luxury New Retail” partnership.

Other luxury brands such as Louis Vuitton owner LVMH, Christian Dior and Hugo Boss lost between 0.5% and 1%.

(Reporting by Susan Mathew in Bengaluru; Editing by Rashmi Aich and Arun Koyyur)