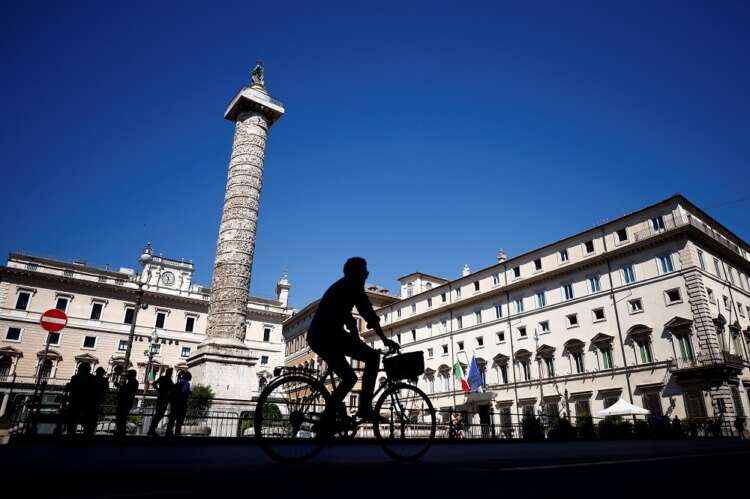 ROME (Reuters) – Italy might need early elections to overcome a political impasse, government officials said on Friday, after Prime Minister Mario Draghi tendered his resignation in the wake of a mutiny by the 5-Star Movement, a coalition partner.

President Sergio Mattarella rejected Draghi’s resignation on Thursday and asked him to address parliament next week, probably on Wednesday, to see if he has a workable and cohesive majority.

Here are possible scenarios over what may happen next:

Draghi has not lost a confidence vote and he still has a clear parliamentary majority, even without 5-Star. Moreover, the party has not said it wants to leave the government and its ministers have not resigned.

So on paper Draghi could continue with a multi-party coalition. However, he seems to have no desire to carry on with the economy struggling, the war raging in Ukraine and COVID-19 cases once more on the rise.

He warned earlier this week he was not willing to accept policy “ultimatums” from the parties and he told cabinet on Thursday the “pact of trust” between the ruling parties had been broken and his coalition of national unity “no longer exists”.

Plausible on paper but unlikely in practice.

Draghi calls a confidence vote, 5-Star doesn’t back him but he retains the support of the other coalition parties, including the rightist League, the centre-left Democratic Party (PD) and a sizeable group of former 5-Star politicians who split with its leader Giuseppe Conte last month.

Draghi would have a smaller, but nonetheless viable majority in both houses of parliament.

However, Draghi has said he will not stay in power without 5-Star, and the League has also signalled it will not back another government.

Even if Draghi and the League change their mind, the operation would upset the government’s internal equilibrium, since the coalition would be heavily skewed to the right, and demands from the remaining groups could trigger fresh turmoil.

A snap vote in September or October looks increasingly possible, even though Italy has not held an election in autumn since World War Two, with the final months of the year traditionally dedicated to drawing up the budget.

An early vote carries other risks. Italy still needs to meet many bureaucratic and legislative deadlines this year to secure billions of euros in European funds and these might be missed without a fully functioning government in place.

However, the League and its ally Brothers of Italy, which leads in opinion polls, are calling for elections if Draghi goes, and Foreign Minister Luigi Di Maio, who left 5-Star last month, said on Friday there would be no alternative.

In an effort to avoid early elections and financial turmoil, Mattarella could try to put together another unity administration calling in an institutional figure to lead it until elections, which are due in the first half of 2023.

However, it is hard to imagine the various components of Draghi’s government rallying around a new figure.