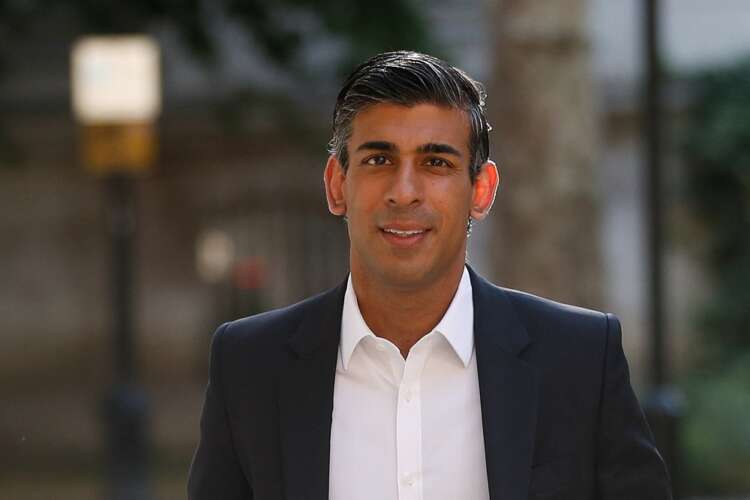 LONDON (Reuters) -The five remaining contenders to be Britain’s next prime minister will go head to head in the first of three televised debates on Friday, hoping a good performance will boost their chances in a battle that so far has no clear frontrunner.

An initial field of 11 challengers has been whittled down following two days of votes by lawmakers from the ruling Conservative Party, but no individual has yet emerged as the obvious successor to Boris Johnson who announced he was stepping down following a series of scandals.

While ex-finance minister Rishi Sunak has topped those two votes, he faces stiff competition from foreign minister Liz Truss, who has the backing of a number of senior figures, and junior trade minister Penny Mordaunt, who polls suggest is the most popular with party members who will decide the winner.

Former equalities minister Kemi Badenoch and Tom Tugendhat, chair of parliament’s Foreign Affairs Committee, also remain in the running and will hope that a strong showing in the televised debates will inject momentum into their campaigns.

“Tonight is the big event because what this is actually about is not just Conservative members, as important as they are, it’s actually about the country at large,” Tugendhat told broadcasters.

“What we need to show, what everybody needs to show, is that they’re able to communicate Conservative messages strongly and debate hard. Because this isn’t actually a knife fight in a phone box. This is about governing the United Kingdom.”

Whoever gets the job will take on rocketing inflation and low economic growth, as well as the public’s lack of confidence in politics after Johnson’s scandal-ridden time in power.

“Who’s going to be the best person to take on (Labour leader) Keir Starmer at the next general election?” lawmaker Richard Holden, a Sunak supporter, told Sky News.

“That’s what I’m interested in because I need to hold my seat in order to deliver for the people in my seat.”

Sunak, whose decision to quit the Treasury last week helped trigger a cascade of ministerial resignations that brought down Johnson, remains the favourite among his 358 Conservative parliamentary colleagues.

But his lead over Truss and Mordaunt is slim, and both could overtake him depending on whom lawmakers who backed other candidates choose to support. The battle has become increasingly hostile as the rivals fight to stay in the contest.

On Thursday, Attorney General Suella Braverman was knocked out of the race and she has thrown her support behind Truss, who has also gained the backing from David Frost who negotiated Britain’s exit from the European Union.

The Times newspaper reported that Johnson was urging defeated leadership candidates to back “anyone but Rishi”.

Meanwhile Mordaunt, a less well-known figure among the public at large who has become the bookmakers’ favourite, is facing increasing attacks from rival camps over her experience, with Frost saying she was not tough enough towards the EU, a key issue for many Conservatives.

“Knives out for Penny! Not up to the job say rivals”, the Daily Express newspaper reported on its front page, while the headline of the Daily Mail, another typically Conservative-supporting tabloid, was “Mordaunt under the microscope”.

“People obviously are trying to stop me getting into the final because they don’t want to run against me,” Mordaunt told Sky News, saying she did not want to engage in the same “black op”.

“In the polling that’s been done I beat all other candidates,” she said.

After the TV debates, lawmakers’ ballots will resume on Monday with the candidate with the fewest votes eliminated each time until a final two are chosen by July 21.

The new leader will then be selected by the country’s 200,000 Conservative Party members, and will be announced on Sept. 5.