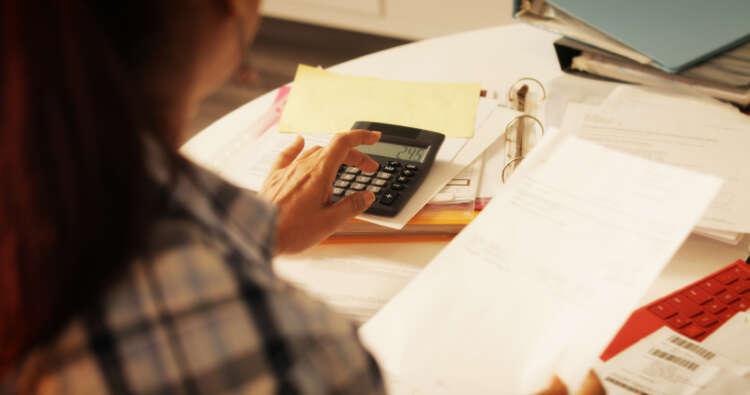 It has been a long-established position that couples who are married or in a civil partnership (together known as ‘registered legal partnerships’) benefit from certain tax advantages. This article considers the Inheritance Tax position on the death of the second registered legal partner and how the benefit of the transferable nil-rate band needs to be actively claimed within a set time-period or it will be lost and Inheritance Tax may be unnecessarily payable.

Inheritance Tax planning is increasingly important as people’s wealth increases against a static allowance for Inheritance Tax. Many people pursue lifetime estate planning for the mitigation of Inheritance Tax and post-death planning is sometimes overlooked, especially where personal representatives of an estate have not engaged a Private Client Solicitor.

Every individual has a nil rate band allowance for Inheritance Tax purposes which is currently valued at £325,000 (this may be reduced if an individual has made lifetime gifts).

However, the position on the second death needs to be considered carefully because the surviving registered legal partner is likely to have a more valuable estate due to inheriting on the first death.

Prior to October 2007, in order to achieve the most favourable Inheritance Tax treatment, lifetime planning using Wills was essential. The use of nil rate band discretionary trusts in Wills allowed the nil rate band on the first death to be preserved (as opposed to it being lost when everything passed to the surviving spouse, free from Inheritance Tax).

When the rules changed in October 2007, the headline was that the availability of both nil rate bands was ‘automatic’ because there was no need to have the Wills set up to include nil rate band discretionary trusts. This was a misleading statement.

If none of the nil rate band was used on the first death then the transferable nil rate band can equal a maximum of £325,000 meaning that the estate of the second registered legal partner can benefit from nil rate band allowances of up to £650,000.

The claim for transferring unused nil rate band involves making a request to HMRC using their prescribed forms. Claiming within the two year time frame is crucial and it is here that we see a pitfall for inexperienced personal representatives on the second death. Whereas the headline when the transferrable nil rate band was introduced was that the transfer was ‘automatic’, it is in fact necessary for the personal representatives to put in a claim or they will lose the ability to transfer the allowance.

Where the estate on the second death is close to the Inheritance Tax threshold (but below it), the personal representatives need to think carefully about claiming the legal registered partner exemption in case another asset comes to light later on. HMRC do have discretion to accept a claim for the registered legal partner exemption out of time but that is a risk that is best avoided.

When claiming the transferable nil rate band, it does not matter when the first registered legal partner died, although deaths before 1975 need to be considered in conjunction with the rules in force at that time relating to the spouse exemption and it may be that not all of the nil rate band is transferable.

People who have been widowed and then entered into a new registered legal partnership are able to utilise an additional nil rate band: that of their deceased registered legal partner. This would involve lifetime planning using a nil rate band discretionary trust Will (just like the pre-October 2007 days). A Private Client Solicitor should be consulted for the best planning advice on structuring the Wills and affairs in these circumstances.

Although the use of nil rate band discretionary trust Wills is no longer needed to preserve the transferable nil rate band (except in cases where registered legal partners have previously been widowed), these types of Wills are still considered as part of lifetime Inheritance Tax planning because they offer other benefits, to include a discount against property where it is held jointly (as tenants in common) between registered legal partners. This discount is available on both the first and second death and can be very valuable to an estate, in some cases keeping it below the nil rate band allowances when otherwise there would be Inheritance Tax to pay. There are other benefits to having nil rate band discretionary trust Wills and advice should be sought from a Private Client Solicitor who would be able to advise based on the clients’ circumstances.

Lifetime estate planning is increasingly important as we know the nil rate band is to be frozen at £325,000 until 2026. Post-death planning is equally as important to ensure that Inheritance Tax is not paid unnecessarily. Claiming the transferable nil rate band within the deadline is part of this and personal representatives are well advised to engage a Private Client Solicitor so that they can be sure not to miss out on tax saving opportunities.