Business Insurance: What does it cover?
Our website publishes news, press releases, opinion and advertorials on various financial organizations, products and services which are commissioned from various Companies, Organizations, PR agencies, Bloggers etc. These commissioned articles are commercial in nature. This is not to be considered as financial advice and should be considered only for information purposes. It does not reflect the views or opinion of our website and is not to be considered an endorsement or a recommendation. We cannot guarantee the accuracy or applicability of any information provided with respect to your individual or personal circumstances. Please seek Professional advice from a qualified professional before making any financial decisions. We link to various third-party websites, affiliate sales networks, and to our advertising partners websites. When you view or click on certain links available on our articles, our partners may compensate us for displaying the content to you or make a purchase or fill a form. This will not incur any additional charges to you. To make things simpler for you to identity or distinguish advertised or sponsored articles or links, you may consider all articles or links hosted on our site as a commercial article placement. We will not be responsible for any loss you may suffer as a result of any omission or inaccuracy on the website. 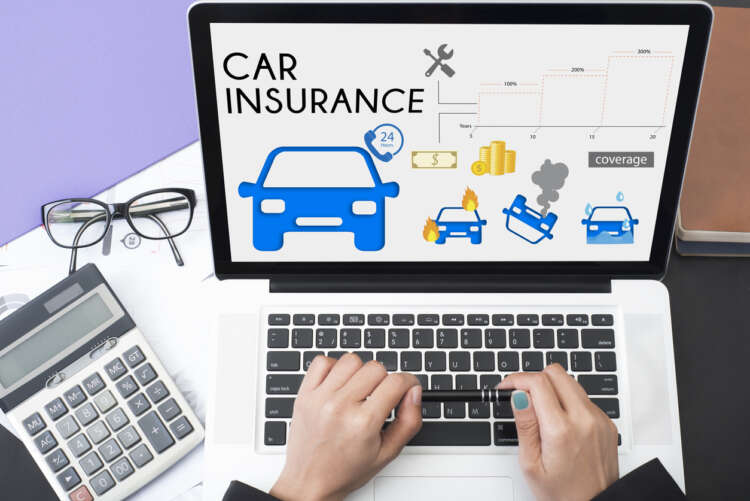 Technology has impacted a wide array of industries, and insurance is no exception. Anti-theft devices, dash cams, telematics, backup cameras, and other sophisticated on-board technology have, in some ways, made driving safer than ever — and that in turn could lead to drivers enjoying lower insurance premiums.

Let’s take a look at how InsurTech is helping to lower car insurance rates.

How Car Insurance Rates are Determined

First, it’s important to know how insurers determine premiums. At the most basic level, insurance is about risk. Because the company will be laying out the money for a claim — whether it’s injury, property damage, or both — they have to look at how likely it is a claim will be made. Some demographics are simply more of a risk than others in the eyes of insurers, and those people will end up paying higher premiums to soften the blow if an expensive claim gets made.

Some common factors car insurance companies use to determine premiums include:

Before we can fully understand how insurtech can help lower drivers’ car insurance premiums, we first have to understand what insurtech is.

Insurtech primarily refers to telematics devices, trackers, and other technology that collects data — usually in real time — and analyzes that data to determine the level of risk a driver represents, and adjusting the premium accordingly. For example, a tracker placed inside a car could collect data on braking, cornering, acceleration, speed, mileage, driving habits, and more. It could even assess risk when the car is in the garage doing nothing — after all, the less a car is driven, the lower the chance of an accident. This means premiums could be changed dynamically based on metrics and analysis of granular driver data.

Although telematics and tracking devices are a major part of determining car insurance premiums, they’re far from the only technology. Other examples of insurtech include:

How Will Self-driving Vehicles Impact the Insurance Industry?

Another big change looming on the horizon is the rise of the self-driving car. It’s estimated that autonomous vehicles may be the norm in a matter of decades, if not less — so what does this mean for the insurance industry?

No one is entirely certain just how things will change, but it is likely the question of liability will become more complicated. Who is at fault in an accident when the driver is not in direct control? Some feel the auto manufacturer should be at fault, but obviously the auto manufacturers are quick to disagree.

It is likely that as AI grows more sophisticated, the risk of accidents will be lowered and drivers will pay less in annual premiums. But beyond that, the future of autonomous vehicles is still largely up in the air.