How to make sure you're not overlooked for the top jobs 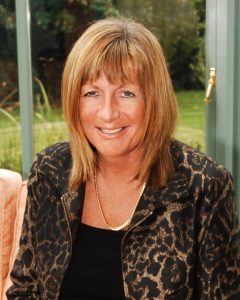 Organisations are increasingly looking for leadership skills when it comes to succession, and those who excel in sought-after areas – stakeholder management, influencing, resilience, leading with agility and building high performance teams – are being favoured over those with a financially-led skillset.

The shift towards leadership skills being valued more highly than financial acumen couldn’t have come at a worse time for the industry. Since 2008, almost 200,000 positions have been shed in UK banks alone, with the chief executive of the London Stock Exchange predicting that Brexit could cost the City a further 230,000 jobs. That’s a huge number of finance experts competing for ANY job, never mind the top jobs.

So how can senior managers and directors in finance ensure they’re not overlooked when it comes to the top roles? In the words of a highly successful global VP I coached: “You need to come out of your finance ivory tower and into the reality of the day-to-day business.”

It’s a controversial statement, and I must stress that it’s his and not mine. But it’s a reality which saw this particular individual propelled from a senior management position in finance to becoming vice president of a global retail operation in just four years.

He had been identified as top talent and earmarked for progression thanks to his extensive financial skills; he excelled in reviewing financial reports, monitoring accounts and preparing forecasts. But he was sorely lacking in the skills he needed to improve profitability and analyse markets for business opportunities.

The decision was made to move him into a commercial role, running a sales team for a different part of the operation, in a different territory. It was a baptism of fire, but it was a wise move and one which reaped plentiful rewards for both him and his organisation. Moving into this different role allowed him to see how the decisions he’d made purely from a financial point of view had an impact on the delivery side of the operations. He was also able to see first-hand how the morale of the teams at the cutting edge was affected by decisions that were made on a purely financial basis.

This fresh perspective, combined with his financial acumen, gave him a level of commercial insight that allowed him to take on an operations role. He has since become vice president of the organisation and is on course to become CEO.

Of course, I’ve simplified this enormously – the individual in question was immensely focused and driven. But he admits that, had he stayed in finance alone, he’d have had a very successful career as a finance director but never amassed the skills he needs to run a global retail corporation.

What he discovered is that while there’ll clearly always be a need for experts in finance, it’s no longer the case that organisational planning is dictated by the balance sheets. The knee-jerk reaction may be to cut costs when times get tough, but the most successful organisations I work with are those which invest heavily in employee experience; happy employees drive profits.

And for this reason, it’s essential that finance managers and directors are much more heavily involved in business strategy if they want to develop themselves and help their organisations to grow. Rather than focusing simply on the numbers, the financial team should have input into scenario planning around financial situations and help drive revenue targets. The savvy CEO will have the HR director to the right and the finance director to the left, and encourage the FD to be much more creative in helping the leadership team make the right decisions on finance.

Of course, cost reductions are often essential. But a successful financial leader will have insight into how each area operates and what the risks of some of those financial decisions may be. Just like the HR director, the finance director needs to be able to genuinely support the development of the organisation rather than simply impose financial restrictions.

On a personal level, this involves a whole different skillset.  A successful finance director, particularly one who wants to progress as a leader, needs to be able to build strong stakeholder relationships as well as provide watertight financial forecasts. By becoming a trusted partner to departmental heads and being involved at an operational level, the finance director will gain a deeper commercial understanding of the organisation.

As part of their personal development, they should take advantage of networking opportunities with colleagues in other areas of the business, and seek out opportunities for secondment to gain a deeper insight into different roles. Developing a commercial acumen and stakeholder management skills will not only expand the skillset of the finance director, but it will help those who don’t come from a finance background to understand why certain decisions need to be made.

Helping people to understand why decisions need to be made is a skill every successful leader needs. The ability to make finance meaningful to those without a financial background is where finance directors are already one step ahead.