Investing in an age of ‘infobesity’ – separating sentiment from market noise

Navigating Risk in the Cryptoverse 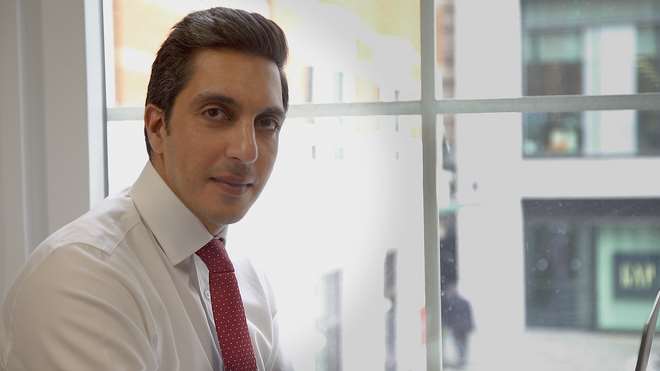 Even in the pre-digital age, financial news travelled fast. Humans’ hard-wired love of both gossip and profit have long combined to make stock tips, trading floor rumours and market hunches a potent force.

One of the best examples of someone identifying and acting on the clues provided by such market sentiment is that of JFK’s father Joseph Kennedy Sr.

The roaring bull market of the 1920s was good to the founding father of the Kennedy dynasty, and like many he made a stack of money in the seemingly endlessly rising market.

In 1929, as the market reached its frothy peak, Joe had an epiphany as he sat down to have his shoes polished. While applying polish to the Kennedy shoes, the shoeshine boy talked excitedly about the stock market and his preferred stock tips.

This unsolicited advice proved life-changing for the market titan; he promptly went back to his office and began unloading his stock portfolio.

In fact, he didn’t just get out of the market, he aggressively shorted it – and then made a fortune in the crash that followed.

Of course such signals seem obvious with the benefit of hindsight. In reality no-one rings a bell when markets reach their peak. Investors can only base their decisions on the information available to them at the time.

The shoeshine boy’s comments were not recorded for posterity, and while he may have lacked the Harvard degree, wealth and influence of Kennedy Sr, he was nevertheless a representative of that powerful but slippery concept – market sentiment.

Nine decades on, sentiment remains a powerful directional signal for investors to follow and act upon.

Clearly that principle has evolved into a fine art, and today’s fund managers typically use multi-layered data strategies in which fundamental market data is overlaid with comprehensive sentiment capture and analysis.

The one snag is that the digital revolution has turbocharged both the volume of sentiment information available, and the speed at which it travels.

Investors are confronted with an ocean of information every day. While much of it is publicly available, no single individual could ever hope to see – let alone understand – more than a tiny fraction of it.

To give an idea of the scale we’re talking about, let’s assume an investor holds 10 high profile, publicly-traded stocks, each of which is mentioned frequently by news or social media.

Within just a couple of minutes, it’s not unreasonable to assume that the stocks in such a portfolio might be mentioned in 100 news media stories around the world – or 10,000 times on social media sites.

With the average person able to read just one 600-word news article in those two minutes, you can see how the almost exponential rate at which information is being published means keeping up with everything that’s being said is impossible.

In the face of such overwhelming quantities of data and intelligence – or ‘infobesity’ as it’s increasingly being referred to in the market – it’s tempting to dismiss such constant chatter as mere noise.

But while some, or even much, of this information may be a distraction, together it is far from irrelevant. Together this symphony of noise is what best reflects – and shapes – the market.

Most intriguing of all, we’re now arguably at a point where it does so more than the underlying macroeconomic reality.

Until recently central bankers revelled in their ability to make the financial weather. Yet for the first four months of 2018, Mario Draghi tried and failed to talk down the Euro. Instead the single currency rose steadily, hurting Eurozone exporters and throwing a spanner in the bloc’s long-hoped for recovery.

Dubbed the “unreliable boyfriend” by City wags after failing to stick to his much-trailed guidance, Mr Carney’s pronouncements – initially pored over and treated with reverence– are now greeted with cynicism and even indifference.

The reason is that in the current environment of political uncertainty and infobesity, there is no single, clear reference point for the markets to follow. Markets are instead led by the hunches, emotions and actions of thousands, if not millions, of individuals.

In the age of Trump and Brexit, black swan events can come from anywhere; be they a rogue tweet from the President or an unexpected result in an era-defining referendum.

Fundamentals – such as central bank policy, macroeconomic data or shareholder reports – provide only part of the picture.

By contrast it’s the huge, amorphous mass of sentiment data which gives the best clues as the market’s likely next move.

While the big trading houses bristle with teams of highly-paid analysts who together absorb and study terabytes of sentiment data, AI is now putting such power into the hands of smaller scale investors.

Investment platforms like INFINOX now offer sophisticated private investors access to tools which use AI to ingest and analyse millions of sentiment data points, and turn it into clear, understandable and actionable market intelligence.

While infobesity means the signs are harder to spot amid all the background noise, paradoxically it also makes them more powerful – as a sustained sentiment trend has the ability to move markets in a way few other things can.

As the AI revolution picks up speed, that power – previously the exclusive preserve of deep-pocketed investment houses – is being put within reach of all investors.

Where Kennedy Sr led, we can now all follow.

Jay Mawji is managing director of the global trading platform INFINOX, which offers a free sentiment analysis tool on its IX LABS site

From property to culture to foreign direct investment, Liverpool is showing other UK cities how it’s done