Is the market right to be losing its head with the recent Stock market collapse? 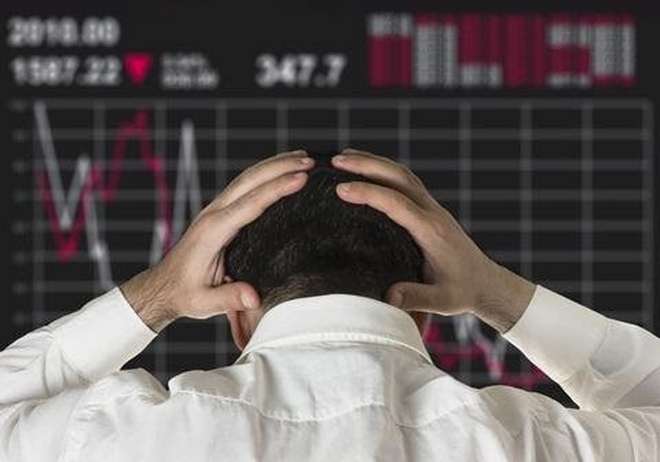 It was coming.   For many months you heard the cries that a stock market crash was on its way and yet these words of caution were drowned out by headlines of equities hitting new all-time highs. Bitcoin was another one. As much as a record breaking year 2017 was for the infamous cryptocurrency, there was still those out there who were quoting the words “tulipmania” in connection with it but yet the believers ignored it. Now in many ways you can hear the naysayers exclaiming loudly “I told you so”.

But we have talked so much about bitcoin over the last 12 months, so let’s have a look at the stock market and question if we are witnessing just a mere sell off or the beginning of a full blown market correction?

This is the end? My only friend the end?

Firstly, let’s look at some numbers that have happened over the last couple of trading sessions.

The catalyst for the stock market’s recent collapse was the Friday US job report which sent a shock to the system. Non-farm payroll came in at an impressive number of 200K jobs created but it was the unexpected average earnings increase which came in at 0.3% versus 0.2% as expected that started the sudden sell off in the stock market.

It continued on Monday 5th February with the DOW Jones crashing by 4.6%, which is its worst plunge in a single day ever. The S&P 500 followed suit dropping 4.1% and the rot also spread into Europe and Asia with the FTSE closing Monday at the lowest level since April 2017 and Japan’s Nikkei225 closing -4.7%.

Tuesday 6th February brought further losses for the DOW and the SP500 but come Wednesday 7th buy orders kicked in and the stock market mounted a minor recovery.

Should the market now start to panic or is everyone just over reacting? Let’s look at this way. At the current time of writing both the SP500 and the Dow Jones are trading around the levels they were trading at back in November 2017. That’s just two months ago, so should we really all be running to the exits?

It’s not the levels, it’s trading that is causing concern, it’s the how quickly this sell off has occurred and that one word every trader knows, the volatility.

Over the last couple of years, the market has been fairly calm. The markets have risen nice and steadily and in a very civilized manner. You can see this in the behavior of the VIX, the volatility index also known as the “fear index”, which has been very low over the last several years and has particularly been stuck in a range, just plodding along. That was until Friday where it broke through the range and skyrocketed to levels not seen since 2015.

Though currently it has fallen back down slightly, it’s how quickly the move higher happened that potentially indicates that volatility is well and truly back.

Why is this happening now?

As a sense of amazement gripped a nation and the world in November 2016 as Donald Trump beat the incredible odds and won the US Presidential election, the stock market also went into a sense of awe and skyrocketed on optimism of potential future tax cuts that Trump had pledged would occur with him residing at 1600 Pennsylvania Avenue.

2017 saw those tax cuts and the stock market continued to rally throughout that year and into January this year. But what was considered a blessing for the markets is now causing concern as there is fear that these cuts could also increase inflation.

Friday’s surprise increase in wage growth has planted these thoughts deeper into the mind of the market and if inflation does indeed start to rise the FED might be forced to act.

Now it was widely expected for the FED to indeed raise rates again this year, however as there are signs that the US economy is growing faster than expected, the worry is the Federal Reserve will be prompted to be more aggressive with their rate hikes.

The end of the bull run?

It has been an incredible run and of course it had to come to an end at some point. The era of low interest rates is over, which will result in less borrowing for businesses and higher bond yields which will make them an attractive alternative to investors who want to move away from stocks. There is a real feeling that we will see rate increases in the US (and now the UK too) at a lot faster pace which you can also see with lower gold prices, which should be enjoying a ride higher as a safe haven but it’s not because of this belief in higher interest rates.

Combine that with the return of volatility then a potential correction and further losses is really at play.

How bad can it get?

As it stands the global economy is healthy unlike it was back in 2009 when we saw the DOW lose more than 50% of market value, so fundamentally speaking this fall back could be more controlled.

However, with years of low interest rates and borrowing how much have stocks been overvalued? And when the new reality sets in, how healthy, with debt still extremely high, is the actual global economy?

Wherever the market is destined to go to, there are certainly indications that the bears can smell blood.

The Future of Financial Services: Strategies to Capitalize on Open Banking Opportunities