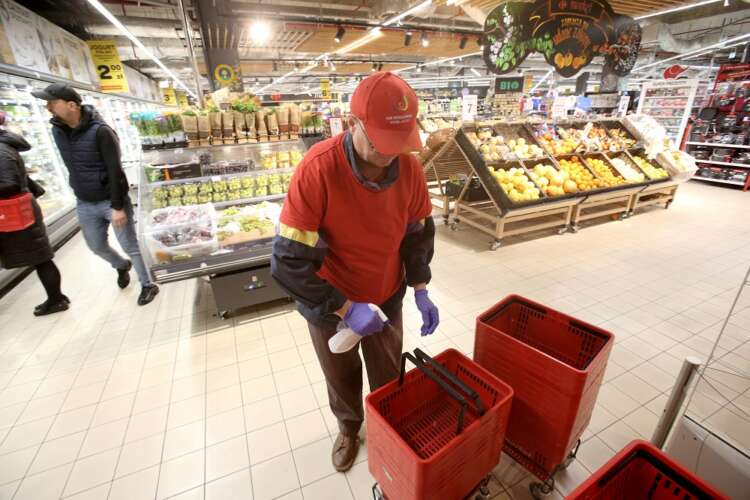 WARSAW (Reuters) – Poland will cut value added tax on gas, food and petrol as part of a second package of measures to soften the blow from surging inflation, the prime minister said on Tuesday.

Rapid price growth has eaten into household budgets, posing a headache for a government that has built its popularity to a large extent on raising living standards for ordinary Poles through generous social benefits.

“(The programme) is intended to leave as much money in Poles’ wallets as possible,” Mateusz Morawiecki told a news conference.

The measures, several of which had been previously announced, include a cut in VAT on basic food items and gas to zero, sharp reductions in VAT on fuel, heating and electricity.

Poland has been hit by Europe’s energy crisis, which started last year when the lifting of COVID-19 restrictions put huge demands on depleted stocks of natural gas. Rising fuel prices during winter have contributed to a cost-of-living squeeze across the region.

Morawiecki’s ruling nationalists Law and Justice (PiS) have faced a difficult start to the year, with businesses complaining about the soaring energy costs and mistakes in a flagship economic programme that was meant to lower taxes for most people but resulted in some workers, such as teachers, receiving lower paychecks in January.

Particularly damaging were reports that institutions such as schools and hospitals were facing gas bills many times higher than a year ago.

The latest package of anti-inflation measures contains a proposal to add those institutions to a tariff mechanism that protects households from surging gas prices.

“This (mechanism) meant that the increase in gas bills for households was still very big, but a 54% average increase for these customers compared to several hundred percent… for other entities, we must say that it was quite reasonable,” Deputy Prime Minister Jacek Sasin told public radio on Tuesday morning.

Economists have said that the government’s measures will cut the peak of inflation in the first half of 2022, but could serve to boost price growth later on.

On Monday, analysts from Credit Agricole said that a temporary cut on VAT on food to zero would actually lead to prices being higher than they would have been otherwise when taxes return to normal, citing the risk that companies partially absorb the tax break as profit.