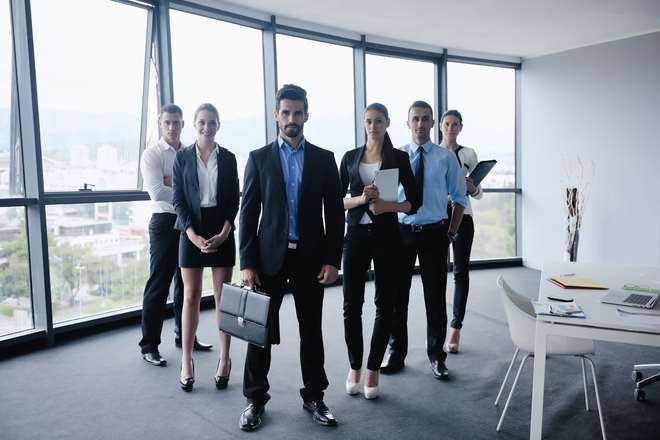 Price growth for luxury homes across prime Surrey’s best addresses now exceeds that of prime central London, with average property prices for ultra-prime Surrey homes across Wentworth, Sunningdale/Wick Lane and St George’s Hill now rivaling those of Chelsea, Kensington and Marylebone, and are over twice the size of London prime properties. These are just some of the findings of a new research publication entitled Prime Surrey Market Report, commissioned by ultra-prime residential specialists Beauchamp Estates and Barnes Private Office.

With analysis by Dataloft, the market intelligence group, the report used Land Registry, LonRes and ONS data to review properties sold for over £2 million across prime Surrey and over £2 million and above £5 million in prime London between 2015 to 2017.

The report found that for homes sold over £2 million during a 12 month period, property prices had risen by an average of 14.1% in Runnymede (Wentworth, Sunningdale/Wick Lane and Virginia Water) and 8.9% in Elmbridge (St George’s Hill, Oxshott and Cobham), compared to just 1.1% in prime central London. Over the last five years, average values have jumped by 44.9% in Runnymead and 45.5% in Elmbridge, compared to 27.9% across Prime Central London.

The report looked at the top-5 most prestigious addresses in Surrey, which command the highest property values, and sales in excess of £5 million. The research data highlighted that at this level of the market Wentworth, with its exclusive Wentworth Estate, is Surrey’s top address, with the typical prime property selling for £8.4 million: higher than equivalent values for Kensington & Chelsea (£8 million), Marylebone (£7.3 million) and Fulham/Chiswick (£5.2 million).  St Georges Hill is Surrey’s second most prestigious address at this level in the market, with the typical prime property selling for £7.8 million, again rivaling equivalent values in prime central London. Oxshott and Esher/Cobham follow with typical prime property averaging £6.3 million in both locations.

A typical home in Wentworth costs just £1,048 per sqft, compared to £1,682 per sqft for prime central London (average) and £3,112 per sqft and £2,951 per sqft for Mayfair and Knightsbridge/Belgravia respectively. Comparable prime luxury homes in Sunningdale/Wick Lane cost just £793 per sqft; £710 per sqft in St Georges Hill; £642 per sqft in Oxshott; £618 per sqft in Esher/Cobham.

The report goes on to explore ultra-prime properties across the Surrey market: over the last two years in Wentworth, Sunningdale and St George’s Hill over 15 properties have sold at prices in excess of £10 million. The report highlights that these ultra-prime properties offer buyers considerably more living and outdoor space than their ultra-prime central London counterparts and consequently can be better value-for-money: at the very top end of the market ultra-prime Surrey residences provide buyers with on average 7,950 sqft of internal living space, set in grounds that are generally around five acres or more, compared to prime central London with just on average 3,678 sqft, of internal living space and outside space generally limited to a small garden or terrace.

For homes priced above £10 million, the report found that the prime Surrey market has become like that of Central London in several ways. Firstly, ultra-prime purchasers in both Surrey and London want turn-key (dressed for immediate occupation), newly built or newly refurbished luxury homes, or the opportunity to undertake their own development and realise their own personal design and style, creating a family mansion.  For the most exclusive and private homes, £15 million and over, Surrey offers the scope and scale for mini-estates or compounds, with the potential to become generational homes for ultra-high net worth families.

Many properties being sold and acquired in the top-5 addresses are being lavishly rebuilt or refurbished by developers or private buyers. However, sites in the very best locations are rare, with sites that offer the possibility of scale development in these areas rarer still.  These ultra prime Surrey mini-estates, due to their size: either plot and/or property, stand outside average market data, as standard analysis does not reveal their true value.  Sunningdale/Wick Lane contains a number of these properties: Sandylands on Wick Lane is a site of approximately six acres, offered for sale at £7.5 million, with planning permission for a seven bedroom Adam Architecture designed classic residence (22,252 sqft, 2,080 sqm), with landscaping scheme by Randel Siddeley.  Fully realised the estate would be valued in today’s market at approximately £27 million.

Surrey is exceptionally well located for travel connections, being near a number of airports both private and public, and also easy road and rail access to central London. Surrey’s proximity to London, coupled with the number of excellent local schools in the area and exceptional life style: Windsor Great Park, world class golf courses, equestrian facilities, polo clubs, horse racing, etc. make the location exceptionally and enduringly appealing to both national and international buyers.

Buyers are increasingly aware of the benefits, financially and in regard to both life style and work-life balance, of securing larger homes in Surrey and retaining a pied a terre in central London.  As the Surrey market continues to out-pace London and its appeal shows no sign of diminishing with all buyer groups, Surrey increasingly represents an excellent investment opportunity.

Gary Hersham, Managing Director and Founder of Beauchamp Estates says: “Less than an hour’s commute from the capital and some10 miles or so from Heathrow, Surrey’s exclusive estates provide the perfect country retreat for ultra-prime buyers, complementing their home in central London: a number of our ultra high-net-worth clients own luxury homes in both central London and ultra-prime Surrey.”

Alex Newall, Managing Director of Barnes Private Office says: “Prime Surrey has outperformed the capital’s most exclusive enclaves in terms of both price growth and average values. Like those areas of London, the very best properties in ultra prime locations in Surrey come to the market infrequently. Buyers seeking to secure a family compound or small estate that offers scale of accommodation and privacy have few options at the very top end of the Surrey market.  The protected landscapes and parks in the area mean that increasingly options for securing sites, either as completed projects or with development potential and permission are extremely rare.”

Jeremy Pelissier, Associate at Beauchamp Estates says: “The prime Surrey and prime London residential property markets increasingly share many similar characteristics, however London can rarely compete in regard to the size and scale of Surrey’s ultra-prime properties. These landed mansions sit in their own grounds and some, such as Sandylands, have the scope to become generational homes, that are set to offer substantial increases in value over the coming years.”

Helping To Prepare For The Cold Weather