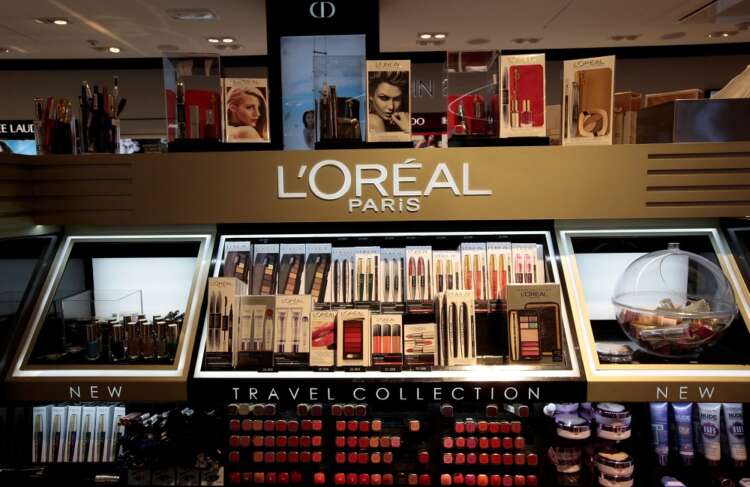 PARIS (Reuters) -Shares in Nestle and L’Oreal rose on Wednesday after the Swiss food group trimmed its stake in the French beauty giant, a deal that pleases investors on both sides while keeping ties between the two companies broadly intact – at least for now.

The Nescafe maker has been a major shareholder in the owner of brands like Lancome since 1974, when L’Oreal heiress Liliane Bettencourt entrusted nearly half her stake to Nestle for fear it would be nationalised if Socialists came to power.

The presence of Nestle, which is cutting its stake to just over 20% from 23% by selling shares worth about $10 billion, alongside the L’Oreal founding family helped insulate the French group from unsolicited takeover bids.

For Nestle, it has proved a great investment. L’Oreal shares yielded a total return of 11% on an annualised basis since then, excluding dividends, according to analysts at Vontobel.

They hit a record high of 433.65 euros on Wednesday, having more than trebled in value since Nestle first sold an 8% holding in 2014.

The stake Nestle is selling will be bought back by L’Oreal, increasing the Bettencourt Meyers family holding to 34.7% from around 33%.

“Good business for both,” said broker Jefferies. “It reduces Nestle’s exposure to L’Oreal, which at about 16% of its market cap pre-transaction was becoming troublingly high. It makes L’Oreal’s balance sheet somewhat more efficient, while keeping ownership ‘in the family’.”

Shares in both companies opened more than 1% higher on Wednesday.

“BEST OF BOTH WORLDS”

Nestle’s holding in L’Oreal has been the subject of intense scrutiny over the years as Chief Executive Mark Schneider pivoted the company towards nutrition and wellness, and activist investor Third Point in 2017 urged the Swiss group to sell out.

According to a source with knowledge of the negotiations, Tuesday’s announcement was the result of two months of talks that involved the chairmen of both companies. Nestle was keen to maintain a holding above 20%, allowing it to consolidate the investment on accounts.

The source said Nestle was unlikely to sell more of its stake for now, unless it decided to go for a big acquisition.

“When your financial investment reaches all-time highs, it is not surprising that you monetise some of it, especially when there is no strategic partnership and when it can continue to fuel your equity story of strong cash returns,” analysts at Bernstein said.

Nestle, which retains two members on L’Oreal’s board, “can keep doing this several times in the next decade,” they said.

A spokesman for Nestle said the stake sale left the company in a “best of both worlds” situation.

“On the one hand, we monetise around 9.3 billion Swiss francs (8.9 billion euros). On the other hand, it keeps us involved with a very successful company,” he said.