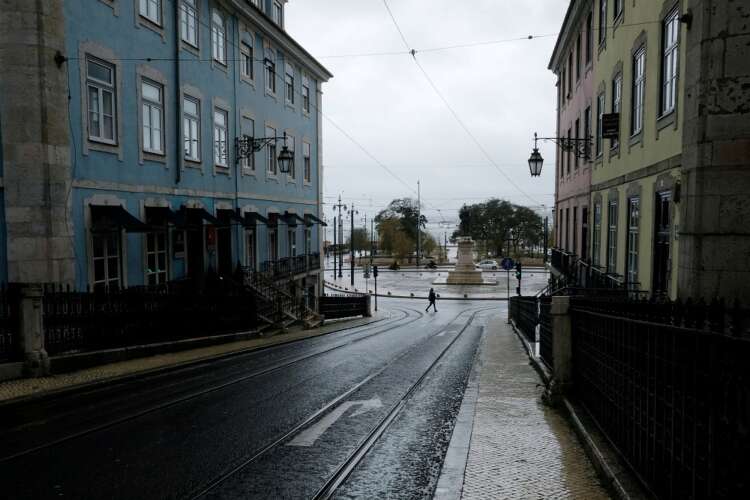 LISBON (Reuters) – Portugal’s economy expanded 0.4% in the third quarter from 0.1% in the previous quarter, boosted by higher private consumption despite inflation at three-decade highs, but exports and investment are now faltering, official data showed on Wednesday.

In its second reading of gross domestic product, the National Institute of Statistics (INE) confirmed its flash estimates released a month ago, including a year-on-year expansion of 4.9%, down from 7.4% in the second quarter.

INE said the quarter-on-quarter contribution of domestic demand to GDP “turned positive” to 0.4 percentage points versus minus 0.5 pp in the previous quarter, while net external demand was nil compared to 0.6 pp in the second quarter.

Private consumption grew 1.1% between July and September – compared to the 0.7% of the previous three months – thanks to spending on durable goods.

But exports grew just 1.2% in the third quarter, down from the previous quarter’s 2.9%, despite services exports – which include the key tourism sector’s recovery to pre-pandemic levels – rising 2.8% compared to 0.8% in the second quarter.

Investment fell 1.7%, less than the 2.7% drop in the April-June period, while the construction sector continued to contract.

“The numbers confirm that the economy will slow down, although it is not very visible yet due to private consumption remaining strong despite high inflation,” said Filipe Garcia, an economist at the Informacao de Mercados Financeiros consultancy.

“There are already some worrying signs for the behaviour of the economy in 2023, such as the slowdown in exports and the continued fall in investment, in particular, the contraction in the construction sector,” he added.

Portuguese consumer prices rose 9.9% year-on-year in November, slowing slightly from 10.1% in October, which was the fastest increase in 30 years.

However, Medina saw growth decelerating sharply to 1.3% in 2023.