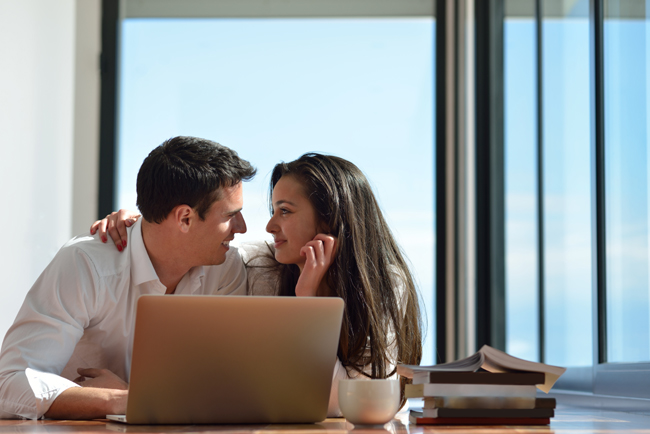 With 50 million profiles currently live on Tinder*, you’d be forgiven for thinking that’s the only way to find modern day romance. Yet, according to new research, Brits think they’ll have a better chance of finding love through friends and family in 2016.

The survey, conducted by mobile phone insurer Insurance2go, asked singletons across the nation where they think they are most likely to meet ‘The One’ in 2016.

Despite the ever-growing number of ways to find love through social media and dating apps, it looks like the next generation are reverting to old courting methods, as one in three (33%) 18 to 24 year olds admit they would look to recommendations from friends and family.

The reliance on traditional dating methods continues, as over a quarter (27%) of 55 to 64 year olds still rely on going to the pub or a bar to find the love of their life, along with 28% of northerners.

The top five places people in the UK would expect to find ‘The One’ in 2016 are:

While meeting through family and friends or at a pub or bar are the most popular methods for the UK as a whole, 15% of men still admit they would turn their hand to an online or mobile dating app during their search for love, as would 18% of 35 to 44 year olds.

Some 7% of the UK admit they would expect to meet the one in other ways, including at church, a chance meeting which could happen anywhere, at a concert, dog walking, or even simply by doing their weekly shop at the supermarket.

From this new research, Insurance2go has delved into the history of dating, looking at how it has developed from pre-human dating to the modern day and beyond, making predictions for the future based on these results.

One key prediction, which reflects on the reliance on family/friends to find love, is new app – Courtr. With the help of regional Dating Kings, each potential match made on the app would be vetted and approved before a date is allowed to occur.

To see the full breakdown of the history of dating and Insurance2go’s predictions for the future visit https://www.insurance2go.co.uk/media-centre/history-of-dating/index.htm

Gary Beeston, Sales & Marketing Director at Insurance2go said: “Dating has developed from traditional courtship to dating apps and websites, and in such a technology-centric world, we would expect the modern day singleton to rely on those means to meet ‘The One’.

“However, this new research reveals that the next generation may have grown tired of modern tactics and are returning to traditional methods of dating. It’s hard to predict where the dating game will progress to next but it’s clear that many would like to revert back to simpler times when dating wasn’t such a chaotic whirlwind.”