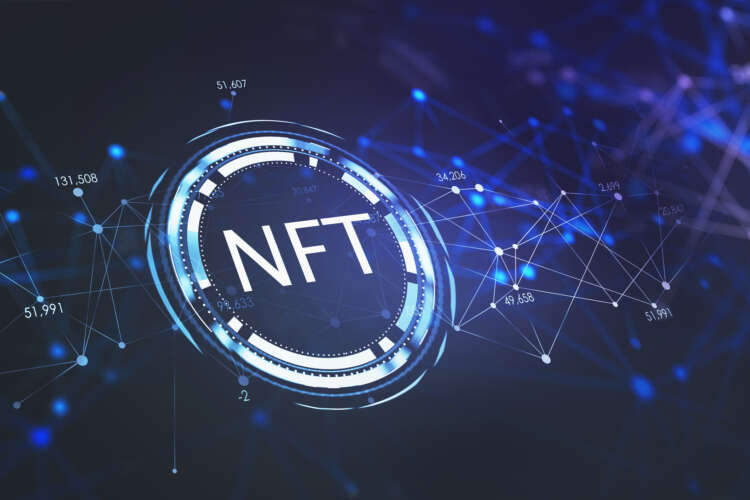 For sceptics of the block chain, the term ‘metaverse’ can often be too optimistic, and is questioned for lacking in definition to these non-crypto natives. Since 2021, Non Fungible Tokens (NFTs) were widely seen in mainstream media with a burgeoning growth of Web.3, promising evolutionary growth worth billions that didn’t seem to have limits. So, how can non-crypto natives understand this transformation that seems to be taking place in business via this new technology, and the way we live in the future?

Under 30, entrepreneur, and CEO, Kirck Allen, formulated metaverse start-up Kaloscope, as he saw a gap in the market that didn’t consolidate a fast-growing yet fragmented NFT sector, nor allowed users to socially interacts with their own NFT collections. Therefore, in 2021, he created the social media platform, at first, as just a project, to allow users to collect and interact with their digital assets through mobile Augmented Reality (AR), Virtual Reality (VR), and Extended Reality (XR).

Kaloscope is an innovation, as it is one of the first social media platforms that is able to transform businesses via ‘utility and community’. Allen calls this ‘perkabilities’, where ‘real world’ in ‘real time’ perks, such as access to VIP events, access to bars, or exclusive offers are offered to those who hold NFTs, and hence the privileges that come with them. An example would be (early investor of Kaloscope) ColossalBit’s recent launch in Dubai, of the Meta Terrace- a hybrid of a virtual & physical restaurant, lounge bar, where NFT holders can purchase or pay using crypto currency and enjoy exclusive access to food, drinks & VR/AR experiences. Kirck Allen, CEO says, “Think of us like a decentralised Facebook, but in 3-dimensional form, or a virtual world with a virtual space. You can have an NFT store within a NFT, and share it with your friends to make your web-3 more social”.

A major downfall, in the eyes of critics, of the block chain is energy efficiency, and how environmentally sustainable it or can be. Take, cryptocurrency, Ethereum, for example which has known limitations, for its transactions per second and high gas fees. Ever ahead of the game, Kaloscope’s solution is to deploy token and NFT contracts on the Polygon network-a layer 2 solution. However, Allen and Kaloscope’s ambitions for the environment go beyond this, they aim for ‘net-zero’ and to offset any carbon footprint starting with their project for 2022 the ‘Great NFTrees’(launching late 2022). The Great NFTrees supports the ‘Great Green wall Project’, partnered with Serious Shea, which is a collaborative initiative via the World Economic Forum- promising to plant over 1 trillion trees across Africa, backed by the United Nations.

Allen not only hopes to lead the way with ESG, but also inspire more corporations and companies or brands to get involved themselves and take a stance by using or allowing NFTs to ‘save the world’ so to speak. While this may seem to be an overstatement, it’s not, as Allen justifies that NFTS can potentially do this via attributes of : ‘gamified awareness’, ‘traceable contributions’, and ‘community lead impact’.

“I believe that through NFTs, we can gamify, the awareness of sustainable projects through online leader boards and reward contributors with digital collectibles which they can share with their friends and family. By creating a fun-filled system of contribution, we believe that awareness about sustainable campaigns would reach more people of all ages. Everyone wants to save the world but most people don’t know-how. This is why Kaloscope is building a platform to empower a new way to contribute to and gamify sustainable projects through the power of NFTs, Crypto, Blockchain, and the Metaverse. The more people know and get emotionally involved with the project, the longer and more contributions they will generate.

By creating traceable contributions which can swell as a transparent value chain system built on a blockchain we can allow people to trace where and how their funds are being used for. It is also via the creation of community lead projects, like-minded individuals will support the same project and continue to do so in the future. Communities will not only act as a soundboard for projects to improve but also as an initial crowd funding source .”- Kirck Allen, CEO, Kaloscope

Allen believes that quite similarly these same three (3) ways could also be applied to other projects for third sector entities and institutional ESG base projects. While NFTs are still new technology, that has been used popularly in the art sector, Kaloscope believes that over time creating a system where ESG campaigns, institutions, or government bodies could participate in the ecosystem will allow this technology to become more mass adopted into society. It is also how NFTs can be seen to be contributing and ‘doing good’ or for tech to be ‘doing good’ for the planet.

While anyone in the NFT space may have different types of intentions, it is ultimately reliant on the core supporters of a community to keep a project moving, and Kaloscope believes in building a platform as a unique system of contribution, so that power can be given back to individuals/communities to make a better impact to the world.