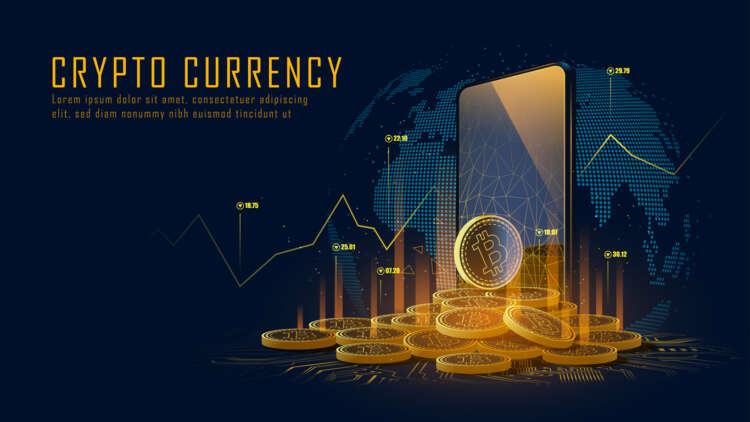 Interest and acceptance of crypto and digital currencies are increasing, with national media, institutional finance, and even government circles discussing how to adopt cryptocurrency technology. China launched the e-CNY in 2021, and the UK parliament has recently launched an All Party Parliamentary Group (APPG) to discuss what role digital assets will play in the UK, where already three million adults are known to own cryptocurrency. The European Central Bank (ECB) has also begun to explore the future of crypto, commissioning a project to investigate the potential of a digital euro.

A two-year investigation, concluding in October 2023, is taking place to determine the feasibility of a central bank digital currency (CBDC) for Europe. It is carrying out a detailed exploration into what a digital euro might look like, how it could be designed and distributed to markets, retailers and the public, and what legislation is required.

Focus groups for the ECB investigation show that consumers want the digital euro to be as flexible as the fiat euro, and to be functional anywhere within the euro zone, as well as online. Instant, easy and contactless payments are also very high on the wish list of functionalities, which follows the decrease in cash purchases observed during the pandemic. Research participants envisage a ‘one-stop solution’: they have a vision for a single device that will reduce the need for multiple cards, mobile phones, and computers, and will also provide access to a range of payment options.

How can a digital euro ensure security?

While there is demand for a convenient digital currency, the commission, and the public also have security concerns surrounding cryptocurrencies. Cyber hacks have impacted the sector since its start. Regulation is also minimal, unlike conventional financial institutions and there is little recourse if something goes wrong.

The second biggest crypto hack in history, with more than $600 million worth of Ethereum currency recently hit the gaming-focused blockchain platform Ronin Network. Initial investigations show that the hack went unnoticed for a week, and it is believed that the hacker accessed the funds through hacked private keys.

This 2022 hack is even bigger than the legendary Mt. Gox cryptocurrency exchange hack which led to the company’s bankruptcy and serious requests to regulate the industry. Whilst regulation is underway, it is still in its infancy. Just this month, Fabio Panetta, a member of the executive board at the ECB, referred to the digital currency rush as the ‘new wild west’.

Although CBDCs are different from cryptocurrencies, governments will have to ensure funds are secure and regulated as they develop a national digital currency. It’s also important that the public has access to digital currency education to ensure that a new national CBDC will be universally welcomed by the public. The security issue must be addressed to give people confidence to use this purely digital money alongside their conventional fiat funds.

In addition, virtually all European countries have aging populations. Elderly as well as other less financially savvy demographics sometimes struggle to adopt new technology. The digital euro, along with any other central bank digital currencies must be inclusive, easy-to-use and secure.

Biometrics are inclusive and easy-to-use

Biometric technology can be leveraged in support of these pre-requisites. Used in conjunction with ‘cold wallet’ crypto storage (in simple terms, this is external currency storage, not connected to the internet), biometric sensor technology can provide high levels of privacy and security by linking the card to the owner through their fingerprint. Biometric fingerprint sensors have long been used on smartphones and are now being used in payment cards by banks – including BNP Paribas and Sweden’s Rocker, as well as for crypto firms. Hence the technology is in place to provide the same levels of security for a digital currency.

A CBDC wallet, through a biometric smart card could act as a bank account with in-built security, which would give millions of previously unbanked, or underbanked people instant access to digital finance and services

Notably, the ECB consultation highlighted that privacy was considered the most important feature of a digital euro by both citizens and professionals. Given the previous data leaks in the cryptocurrency space, this is understandable. But it could also hold the public back from the full potential of a digital payment solution.

The commission found that when confronted with a specific choice between an offline digital euro focused on privacy or an online one with innovative features and additional services, respondents will generally opt for an offline solution focused on privacy. This indicates a clear need for a stronger, privacy-focused CBDC solution and education to support consumers to make the most of a digital euro.

On enrolment to a biometric wallet, the owner’s fingerprint image is immediately transformed into an abstract biometric template. This is then matched and stored in the secure element of the EMV chip. The owner’s biometric data never leaves the wallet and cannot be subject to a data breach.

There is little doubt that digital currencies will feature in our future. In this fast-moving environment, where regulation is finally beginning to catch up, the introduction of a digital CBDC euro may be sooner than we think.

Fortunately, tried and tested biometric technology is now available to transform this major transition to digital currency into a secure, inclusive, and user-friendly process. The public’s vision of a ‘one stop payment solution’ could soon be realised by the ECB. The 2023 investigation findings could help tame the ‘wild west’ of payments for good.