The True Cost of Buying a Counterfeit Luxury Watch

Societe Generale says two senior executives to leave bank
Our website publishes news, press releases, opinion and advertorials on various financial organizations, products and services which are commissioned from various Companies, Organizations, PR agencies, Bloggers etc. These commissioned articles are commercial in nature. This is not to be considered as financial advice and should be considered only for information purposes. It does not reflect the views or opinion of our website and is not to be considered an endorsement or a recommendation. We cannot guarantee the accuracy or applicability of any information provided with respect to your individual or personal circumstances. Please seek Professional advice from a qualified professional before making any financial decisions. We link to various third-party websites, affiliate sales networks, and to our advertising partners websites. When you view or click on certain links available on our articles, our partners may compensate us for displaying the content to you or make a purchase or fill a form. This will not incur any additional charges to you. To make things simpler for you to identity or distinguish advertised or sponsored articles or links, you may consider all articles or links hosted on our site as a commercial article placement. We will not be responsible for any loss you may suffer as a result of any omission or inaccuracy on the website. 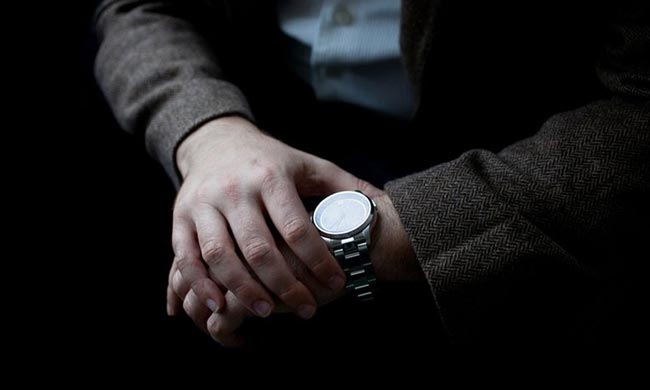 A fraudster in the UK has been reprimanded after being caught selling fake Omega, Hublot and Tag Heuer watches via social media. The haul included over fifty watches that if real would hold a market value of £450,000. The timepieces were being sold for approximately £100 and though each watch held legitimate high end trademarks were certified as fakes.

Work is underway to contact those who have purchased these pieces to bring them out of circulation as quickly as possible. The scam was uncovered by Trading Standards who were alerted to something being amiss when they noticed a business being run from a domestic address.

This latest arrest is not a standalone crime and in 2007 7,000 fake Rolex watches were seized and the perpetrator sent to prison for six months.

So what does the fake watch landscape look like today and what are the real repercussions of this practice? Sadly, the fake watch market is completely buoyant and it’s thought that up to 30% of watch searches online are from customers looking specifically for replicas. This is not only funding organised crime, but is detrimental to the500 year old Swiss watch market where the fine watch market is losing billions of pounds per annum.

It’s thought that 7% of all worldwide trade is made up from counterfeit products and this market is the cause of 750,000 jobs in America alone with items spanning from luxury watches to pharmaceuticals.  Counterfeit products do not only have a detrimental effect on the consumer, but the industry fuels human trafficking, child labour and gang culture.  David Grome, a barrister who specialises in prosecuting cases relating to counterfeit goods has revealed the chilling reality of this crime.

“I’ve worked on cases where the proceeds of the sale of Class-A drugs were being laundered through counterfeiting operations.”

Is my Watch Real or Fake?

Any credible horologist in the UK will refuse to service or repair a fake or replica time piece. You may think you’re sending your watch for Rolex watch repair, but it could be you’ve been caught in the fake market trap. Speak with your local watch repair centre if you have concerns about the authority of your timepiece, as though it may look passible on the surface the internal mechanism will be rudimentary when compared with a real luxury watch.

How to Spot a Counterfeit Timepiece

A great timepiece has the ability to last many lifetimes and they are often handed down as precious heirlooms through generations. Replicas, unsurprisingly, do not have this capability. Their mechanisms suffer poor design thanks to their sub-standard components and design. These counterfeits are prone to breakages and therefore offer a reduced lifespan. This, coupled with the fact was watch menders do not deal in counterfeit wrist wear may result in one very expensive purchase without any longevity in enjoyment.

It’s recommended that consumers invest in quality wrist watches, whether it be a luxury or fashion brand not only as a way to sidestep the organisations running these illegal operations but as a quality investment for the wearer who is less than likely to enjoy their replica timepiece as they would a genuine one.

This article was submitted by https://www.repairsbypost.com experts in horology and the fake watch market.

What it takes to create a £1 million app

Getting your records GDPR-ready