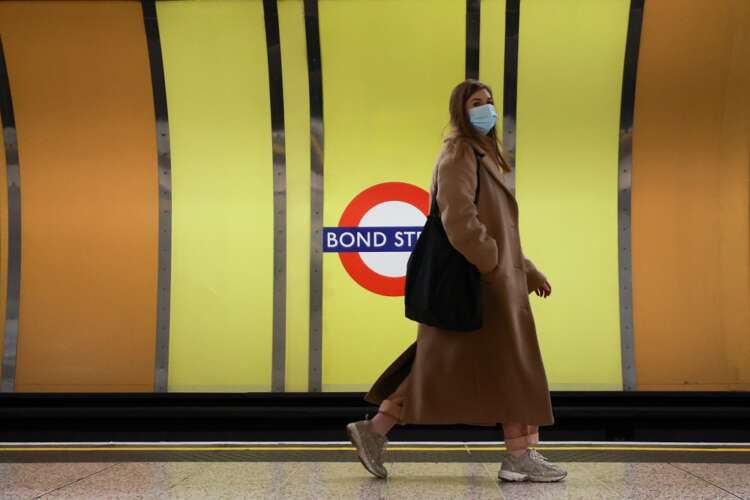 LONDON (Reuters) -Prime Minister Boris Johnson issued a “call to get jabs in arms” on Wednesday as Britain stepped up its COVID-19 booster programme to fend off the Omicron variant after another 10 cases of the new strain were identified.

Britain has now recorded 32 cases of the Omicron variant, which appears to be more transmissible, while tests continue to see whether it causes more severe disease or if vaccines are less effective against it.

“It is very likely that we will find more cases over the coming days as we are seeing in other countries globally,” said Jenny Harries, chief executive of the UK Health Security Agency.

Johnson announced a new target this week to offer all adults a booster vaccine shot by the end of January, which means speeding up the country’s programme by an extra million doses a week.

With the emergence of the Omicron variant, people needed to come forward, he said.

“This isn’t a call to arms, but a call to get jabs in arms. And quickly,” he said on Twitter.

Britain has recorded more than 10.2 million COVID cases and almost 145,000 deaths since the pandemic started.

First reported in southern Africa a week ago, Omicron has spread to more than a dozen countries, spooking financial markets. Governments have responded by reintroducing some travel restrictions.

Health Secretary Sajid Javid said booster vaccines would help protect against severe disease from Omicron, even if it turns out the shots are not as effective against the variant as against previous strains of the disease.

Government data shows 81% of the population aged over 12 have had two doses of vaccine, while 32% have had a booster shot, or third dose.

Local doctors, however, have voiced concerns that the focus on boosters could divert resources from efforts to clear backlogs of treatments unrelated to COVID-19, built up during earlier lockdowns.

“We’re simply not going to be able to do everything we’re doing at the moment,” Gary Howsam, vice chair of the Royal College of General Practitioners, told Times Radio.

The government has also made it compulsory for people to wear masks on public transport and in shops to curb the spread of the new variant. However, health minister Javid said there was no need for people to cancel Christmas parties.

Such festivities were banned last year, and Johnson faced accusations of hypocrisy on Wednesday after reports Christmas parties were held at his Downing Street office during last year’s lockdown. Johnson said no rules had been broken.