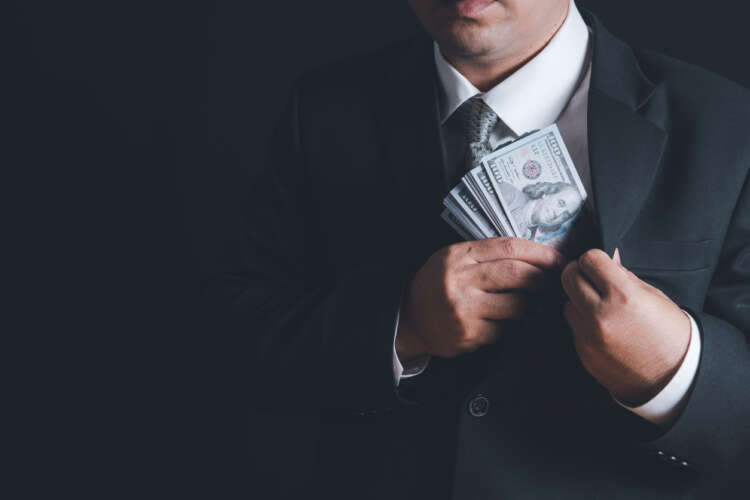 Online banking has been a boon for both banks and consumers. For banks it has delivered huge cost savings through automation and the reduction of operational costs.

While some may mourn the loss of the local bank manager and ability to speak to someone in person, there’s no denying that innovations like ecommerce, chip and pin, mobile payments and digital banking have removed the friction from the buying process and given consumers powerful channels for managing and investing your money.

However, there are also downsides that run the gamut from frustrating, to frightening, to downright terrifying.

Let’s start with the frustrating. Technology while empowering and enabling is also prone to glitches. This sometimes sees us losing complete access to our accounts and spending power should systems go down. In addition, automation has taken all of the humanity and nuance out of the decision making process. Approvals are now based on a rigid set of checkboxes. If you fail to make the cut, there is no provision for stating your case. Computer says no.

Then there is the frightening. As we move to greater automation and hand over more of the decision making responsibilities to machines, we can find that access to our accounts and by extension our money, can be revoked for extended periods of time, with no power to reverse the decision until the financial entity deems it fit to give it back.

In 2021 thousands of customers of a UK bank had their accounts closed, funds frozen and large transactions blocked for months without warning and for no apparent reason. The shutdowns, which took place across a number of different bank account providers is believed to be due to a crackdown in crime and what has been described as ‘overly sensitive algorithms’.

While I think we can all agree that protecting customers against fraud is a good thing, having your account frozen for months on end – and the mental anguish that can result – because of dodgy AI, is not.

Which brings us to the terrifying. The state sponsored freezing of bank accounts in order to control a population may seem Orwellian, but far from dystopian science fiction, it is an all too present danger. Nor is it isolated to the usual authortarian regimes that would naturally spring to mind when considering this kind of practice. It is happening in so-called liberal democracies too.

In 2022, Canada famously froze the bank accounts of truck drivers (and their supporters) who were dissenting over the forceful mandating of vaccinations. In a move that broadened Terrorist Financing rules, banks were able to freeze the accounts of normal people with impunity. Not because they were terrorists but because they were exercising their democratic right to protest.

This, however, is nothing compared to the potential of Goverment funded digital currencies or Central Bank Digital Currencies (CBDCs). Depending on their design, they can be used to control individuals by limiting how much you can hold, varying interest rates and prices depending on who you are, prevent purchases, automatically deducting fines, and even setting expiration dates.

We are already seeing this play out. In China during the Digital Yuan’s pilot program money was given an expiration date, literally forcing people to spend it whether they wanted to or not.

The good news is we still have time to make a difference and help take back some of the control we have lost. But time is running out. In the main CBDCs and digital currencies are still in the development stage, but things are moving fast. Weve seen a number of Governments announcing the exploration of CBDCs and just recently Israel claimed public support for its project.

Perhaps the most important and impactful way we can take back control of our money is through self-custodial services that give you ownership of your digital assets and the keys that secure them.

The challenge is that traditionally, these services have been complicated to use and inaccessible to the mainstream user. During this time, custodial services that take responsibility for securing your keys and coins, much in the same way that a bank or Paypal would, have enjoyed the lionshare of new users coming into the space.

As people have rushed into the crypto, driven by the promise of life-changing returns, they have been drawn to these custodial services. While this has seen them onboarded very quickly, it has once again seen them swapping control for convenience.

While this may sound like a fair trade, the consequences of leaving your coins on exchanges have been laid bare by a recent Coinbase investor call. It appears that should the business go bankrupt, everyone’s coins can (and likely will) be forfeit to creditors.

If people have to learn new ways of working or if there is too much education involved, they will never cross over. To persuade people to transition from custodial to self-custodial services, we need to make the onboarding process and user experience as simple, straight-forward, and familiar as possible.

It’s why we and others in the space are following in the footsteps of fintech to develop experiences that fit with the way people behave today.

The Role of Regulation

We also have to make people feel safe as well as ensure they find themselves in a secure environment. Far from denouncing regulation as some of my contemporaries do, I can see the value of it, as long as that regulation is developed collaboratively.

The UAE is leading this charge with their regulator, VARA, who is piloting a program alongside some of the major crypto/blockchain companies to ensure the regulations are aligned with the way these technologies work.

The cryptosphere has already adopted a lot of regulation and will have to continue to do so. If for no other reason than a purely decentralized system of finance is unlikely. Every decentralized payment ecosystem will need to connect to centralized centres of finance in order for people to travel without friction from the old world to the new.

Hybridized self-custodial services, like Divi Wallet, that bridge the gap between Trad-Fi and DeFi will be essential, and will ultimately give people the greatest freedom to choose how, when, and where they use and invest their money.