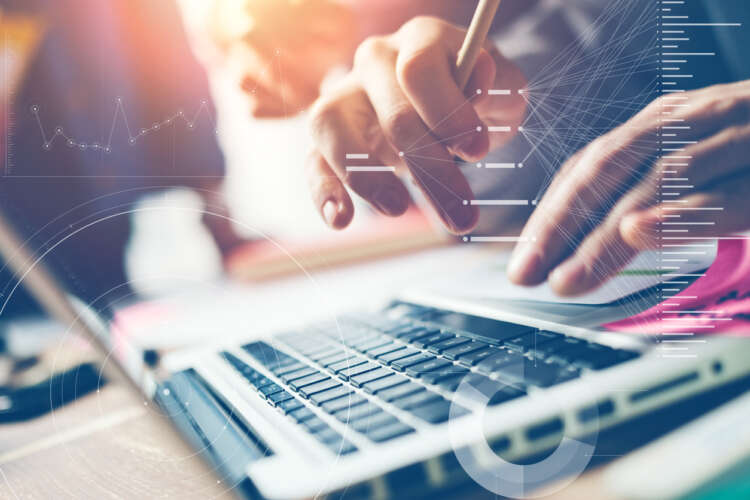 Not long ago, “open banking” seemed like something unimaginable. As new digital technologies increased, the level of cyber risk also evolved. So financial data, always considered highly sensitive, became even more top secret – and certainly not for sharing.

But things have changed. With the ever-growing rise of fintech, bank apps, online trading platforms and digital currencies, consumers have realised that there is great benefit in securely sharing information with trusted third parties. It can empower us to deal with our finances more readily, make our money work harder, and support various new financial services – to the benefit of our whole community.

Despite how promising this revolution is, open banking is at great risk of slowing down. Now, nearly four years on from its implementation, it’s time to ask whether or not the benefits of this are really understood, and how the financial services industry can mitigate against any barriers to adoption.

The pandemic has placed enormous pressure on revenue for financial institutions. But even before Covid, the traditional banking sector was in trouble. The challenges and limitations of legacy systems were exposed by the rise of alternative financial providers, including digital-first challenger banks. Against more nimble counterparts, bigger banks found themselves unable to provide the data capabilities and agility required to make open banking a success.

However, the industry can be fast to adapt when it wants to be, as highlighted by the speed with which it has upgraded and modernised systems. Embedded finance — wherein banks allow their platforms to be used within third-party experiences — enables institutions to tap into new and bigger markets, and to open up new sources of revenue. For example, by 2025, Gartner predicts that half of Tier 1 banks will launch a Banking-as-a-Service offering.

Aside from new capabilities, equally as important about open banking is its ability to improve existing services and processes, lower costs and deliver enhanced customer experience that boosts retention and revenue. Access to customers’ full financial picture enables banks to significantly simplify the process of underwriting loans, make operations more efficient across the board, and deliver more targeted and more cost-effective marketing.

Open banking for everyone

Previously, legacy technology was the roadblock to achieving open banking’s benefits. But while the industry has made admirable advances in the adoption of new platforms and technologies, there are still significant barriers to widespread open banking implementation.

Notably, new digital systems only provide the foundation for open banking. To share data safely and dependably between parties, the financial services industry also needs robust data-sharing standards and protocols – as well as buy-in from customers.

This has been particularly challenging due to differing regulations across jurisdictions, which have yielded a patchwork of standards across the world. PSD2 may have laid the groundwork for the open banking revolution in Europe, but in the United States, such standards don’t yet even exist. Even in Europe, PSD2 only opens up certain products and transactions; mortgages – for most people, their biggest and most important financial product – are currently out of the regulations’ scope.

Standards that consumers will use to authorise access to their data, including what is shared and with whom, are also still developing. As these standards evolve, some may be excluded from next-generation financial services since some are willing and able to share their information and others are not. Indeed, those with perhaps the most to gain from open banking – unbanked or under-banked populations who may lack a formal credit history or previous banking relationships – may be least able to share data.

Lack of education on and around open banking is one of the biggest challenges banks face right now. To see success and growth in use, banks need to sell the advantages of data sharing, conveying clearly how these outweigh the risks. A clear demonstration of how the banks are protecting customer data is crucial, particularly for those unbanked and under-banked. Fintech’s have already shown that it’s possible to offer basic banking services to those without established credit or banking relationships. Now, the traditional industry must follow suit.

When it comes to regulation, progress is being made. For example, the Financial Data Exchange (FDX), the body working on open banking protocols in the US and Canada, is working on an API project which encompasses nearly 600 data points that customers will be able to share with third parties. These standards are critical to the development of open banking, but ultimately, it’s the banks themselves that bear the real responsibility for securing their customers’ data. Indeed, consumers continue to trust their bank with their data to a far greater extent than big technology companies or fintech’s.

Soon enough, we’ll be asking ourselves how we, at any point, lived without open finance to begin with as we witness data-sharing build momentum. As the industry works to overcome barriers to adoption, its potential to deliver huge benefits for us all will become even clearer.