Should I Roll My Old Retirement Plans into a Roth?
Our website publishes news, press releases, opinion and advertorials on various financial organizations, products and services which are commissioned from various Companies, Organizations, PR agencies, Bloggers etc. These commissioned articles are commercial in nature. This is not to be considered as financial advice and should be considered only for information purposes. It does not reflect the views or opinion of our website and is not to be considered an endorsement or a recommendation. We cannot guarantee the accuracy or applicability of any information provided with respect to your individual or personal circumstances. Please seek Professional advice from a qualified professional before making any financial decisions. We link to various third-party websites, affiliate sales networks, and to our advertising partners websites. When you view or click on certain links available on our articles, our partners may compensate us for displaying the content to you or make a purchase or fill a form. This will not incur any additional charges to you. To make things simpler for you to identity or distinguish advertised or sponsored articles or links, you may consider all articles or links hosted on our site as a commercial article placement. We will not be responsible for any loss you may suffer as a result of any omission or inaccuracy on the website. 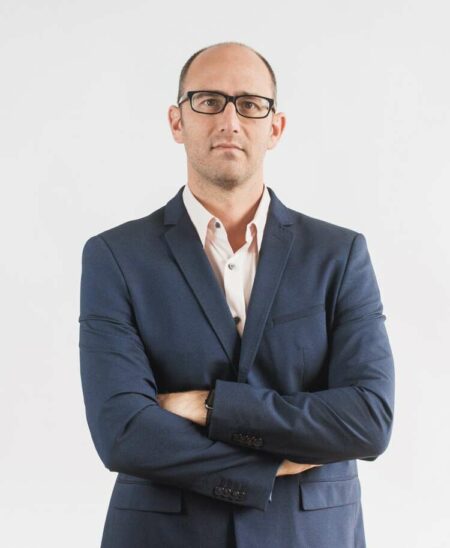 As Europe enters the winter months, many will be hoping for mild temperatures amidst Europe’s energy crisis, but potential blackouts remain a threat amid natural gas supply constraints. The high costs of energy subsidies to keep households afloat have added an additional burden on governments’ fiscal policymakers, as indicated by the UK’s recent decision to end some household energy subsidies earlier than originally planned. While energy prices have risen globally, Europe’s situation is by far the most ominous. Russia’s invasion of Ukraine certainly contributed to higher energy costs – it was Russia’s decision to “weaponize” its energy exports that laid bare the ramifications of poor continent-wide energy policy decisions. The subsequent damage inflicted on Russia’s Nord Stream gas pipelines exposed Europe’s energy mix as uniquely vulnerable, precariously costly, and unsecured. As the necessity of sanctions on Russia’s oil became apparent, the negative effects of European’s recent policies have been amplified, with many European countries at risk of supply disruptions and blackouts. In fact, two large Western European corporations have already publicly stated their desire to reduce their European “footprint” because of the exorbitant price of energy. They are starting to move their European operations elsewhere around the globe; ushering in a frightening trend of European “De-Industrialization.”

While oil and natural gas supplies and prices have dominated the headlines, it was the decision to be over reliant on renewable energy that has left Europe in its current predicament. Initially thought as a rational path forward to accomplish the twin goals of shoring up European energy independence and providing responsible stewardship of our planet and environment, false assumptions about its practicality and reliability have been exposed. While the need for more “climate-friendly,” clean energy production is clear, wind and solar do not work when the sun doesn’t shine or the wind does not blow.

The limitations of renewables are now plain for all to see and the public now understands that wind and solar sources are not the panaceas that can solve all energy grid issues in Europe and beyond. Instead, an increase in nuclear capacity will be a required component to meet the demands of European household and industrial energy needs. As such, many European governments are reversing recent trends, moving from decommissioning nuclear facilities to restarting production or planning more nuclear plant builds.

Life extensions of existing nuclear facilities and increased nuclear capacity is a welcome and necessary trend. If Europe seeks meet its climate pledge objectives, the portion of its power produced by fossil fuels will need to be reduced. Sadly, Germany is now burning record amounts of coal as well as imported “wood pellets” which they label as “biomass.” The political push for renewable sources has not only not yielded the success many envisioned, but it has also been a very costly exercise. Germany has spent over $500 billion on renewables, yet the percent of their energy generated from carbon emitting fossil fuels has barely changed.

Renewable energy sources can and should play an important role in meeting future energy demands. However, we need to be aware and honest about the costs and benefits of renewable energy compared to fossil and nuclear sources, as renewable sources have struggled to provide an economically viable and stable energy supply.

The economic viability of an energy source can be evaluated through its “Energy Return On Energy Invested” (EROI) value. The EROI is the ratio of the energy generated from the energy source compared to the amount of energy expended to develop that energy resource. The ratio is helpful in evaluating the efficiency of producing energy, with higher EROI values tightly correlated to greater economic growth.

Production inputs for the EROI value include labor energy costs, transportation, materials consumed for manufacturing, decommissioning costs, and operational expenses. The output is the actual energy production, either heat, motion, or electricity. When fossil sources were first utilized to produce energy, the fuels provided higher EROI values than they create today, largely due to the increased cost of locating and developing increasingly scarce supplies.

The EROI values for solar and wind sources of electricity have been persistently lower than the ERIO for electricity generated from coal, gas, or the highest EROI energy source: nuclear. The EROI value for solar energy has failed to even reach the threshold for economic viability, and as a result, the industry would not survive without substantial government subsidies and/or environmental calamity and cheap Chinese labor. The low EROI is due in part to production costs – photovoltaic panels require the development of solar-grade polysilicon, a highly energy-consumptive process. Another factor in solar energy’s lower EROI is the stark contrast between “Installed Capacity” and “Generated Capacity,” particularly in climates without enough sunlight.

Germany, for instance, overcommitted to wind and solar in a climate that does not benefit from adequate sun or wind. Photovoltaic generation in Germany only works about 12% of the time. As the country increased its generating capacity by 73% over the last 20 years, it only increased the country’s generation output by about 5%. Germany’s replacement of nuclear power with lower-EROI solar and wind power has resulted in skyrocketing energy costs and burgeoning air pollution from continued reliance on fossil fuels and the expansion of coal-generated power to make up for the wind/solar shortfalls. This winter, as German industries taper their energy demands at the request of the EC, there are questions about whether shuttered production facilities will ever open back up. Corporate giant BASF, in fact, announced a permanent reduction of its footprint in the region due to high energy costs.

To maintain economic growth, Europe must seek an energy mix with a higher EROI, and nuclear power provides the most carbon-friendly solution for creating higher EROI values.

The revival of nuclear energy

Amid fossil fuel supply constraints, governments worldwide are adjusting policies to increase their nuclear capacity. Japan has signaled a shift in policy that led to the shutdown of their nuclear fleet and the permanent decommissioning of 21 of its reactors following the 2011 Fukushima Daiichi accident. Following a slow restart of 10 nuclear plants, the country is now considering plans to rebuild its decommissioned reactors into next-generation plants (Generation IV, or “advanced” nuclear plants). China aims to increase its nuclear power output from 52GW to 200GW by 2035. Meanwhile, eight modern reactors are under construction in India, which will double the country’s output.

Amid its crisis, Europe is reinvesting in nuclear builds. In the UK, economic minister Jeremy Hunt recently reaffirmed the government’s support for the Sizewell C nuclear plant while noting the country’s position as a leader in renewable energy. The U.K. has also just stated that they want a 20-year life extension at Sizewell “B” until 2055. France’s President Macron recently met with President Biden and reaffirmed the countries’ partnership to jointly develop nuclear energy capacity. The U.S. has also committed over $3 billion in loans to Romania to fund construction of nuclear plants.

The shift towards nuclear energy will be a key component of reducing greenhouse gas emissions and driving economic growth in Europe and globally. Nuclear energy currently provides the highest EROI of available energy sources, with fourth-generation plants producing EROI values ten times greater than any other source of electrical power, while easing the demand for carbon-heavy fuel sources. A renewed emphasis on nuclear energy will bring about a more productive balance of energy production, ensuring environmental safety and economic opportunity in the decades ahead.

Justin Huhn is a publisher and the founder of Uranium Insider – a leading independent energy research boutique providing strategic market insights on clean energy, uranium, and more. As a professional investor with a deep technical knowledge, he launched his newsletter Uranium Insider in August 2019 to help others identify the best publicly traded companies in the space and clearly define the new market opportunities within the energy sector. As a recognized authority in the space, Justin’s commentary is frequently sought out by investing media outlets including Crux Investor, Smith Weekly, Stansberry Research, RealVision, Palisades Radio, Mining Stock Education, Mining Stock Daily and U.S. News & World Report. He also contributed a lengthy piece in the most recent RealVision Global Macro Investor annual report. Justin regularly participates in post-earnings commentary that are broadcast immediately after industry majors release quarterly earnings. He is passionate about enlightening investors about the present opportunities and value offered by exposure to uranium/uranium equities within the energy sector and seeks to inform investors about those situations that offer the best risk:reward profile.