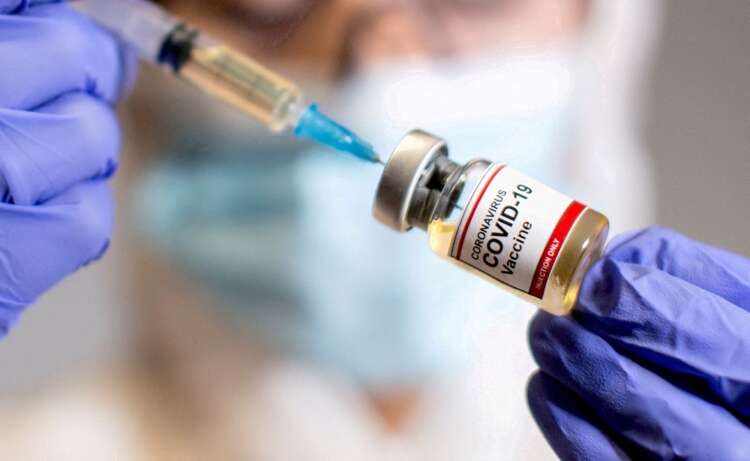 By Patricia Weiss and Ludwig Burger

FRANKFURT (Reuters) -Germany’s vaccine advisory panel on Tuesday said one COVID-19 shot was enough for healthy five- to 11-year-olds because most of them had already undergone an infection, maintaining its cautious approach.

The view by the panel of 18 appointees, known as STIKO, contrasts with European Union regulators’ approval for a two-shot regimen in that age group. U.S. regulators last week even authorized a third, booster shot for the group.

“For children we have to assume that the rate of spreading of the infection is the highest. That’s why it’s reasonable to administer only one vaccination,” STIKO panel member Martin Terhardt told a media briefing.

The expert panel’s previous view on the age group, published in December, was to limit vaccinations to those at risk of developing severe COVID-19 or those living with an at-risk person, drawing criticism at the time for not keeping up with the of pace of the coronavirus.

“I hope that the vaccine will be well accepted but we must not exert pressure,” he added.

Children at risk of developing severe COVID-19 should get three shots and those living with an at-risk person should get two, the STIKO experts added on Tuesday.

About 22% of five- to 11-year-old children in Germany have so far received at least one COVID shot. Within the age group of five to nine years, tracked by the European Centre for Disease Prevention and Control (ECDC), a higher vaccination rate has been registered in Spain, Portugal, Denmark and Austria.

STIKO did not highlight any disadvantages of giving more shots. Instead it said the risk of heart inflammation from a vaccination appeared to be markedly lower for younger children than in youngsters above 12 years old or young adults.

An estimated 77.5% of five to 11-year-olds in Germany had already acquired some immunity against the virus either through known and undetected infections or via vaccination, the panel said in a document posted online.

STIKO said the preferred product was the paediatric version of BioNTech and Pfizer’s Comirnaty but Moderna’s shot was another option for those six years and older.