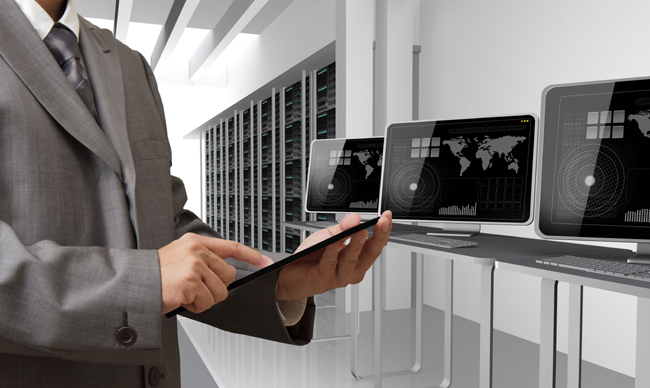 The past four years have seen banks move even quicker to adopt the trend of digitalisation; 20,000 branches have been closed and the ratio of branches per customer is predicted to move from 1:20,000 to 1:250,000. This transition to electronic channels, whereby a transaction is cheaper than one performed by a teller, is now a reality. Look no further than the recently launched UK digital banks: Atom Bank and Tandem Bank.

Banks are attempting to lure customers to a ‘digital world’, replacing the impracticalities of the current system with a world of simplicity online.

The 4,000 year transition to Digital banking

From carving contracts into clay tablets in 2000 BC to savings accounts stored in ‘the cloud’, banks have seen advances in technology that are truly extraordinary.

Atom Bank, having just received its banking license to operate in the UK, will be the first mobile-app bank to be introduced to market. The technology will enable customers to open an account and carry out all standard banking activities from their smartphone or wearable device, setting a new standard in the banking sector. Mobile apps are currently the most popular way to bank, with research conducted by Caci stating customers are on target to check their current account on mobile devices almost 900 million times this year, overtaking branch transactions and desktop access.

The battle of Man vs Machine

Tandem Bank is set to operate on a similar digital platform, however, it also features one key USP that could help it position itself ahead in the eyes of the more risk averse individual; it comes with a call centre. Even as digital natives, growing up with all kinds of technology around us, just how comfortable are we with a bank that has no human presence?

We have been close before; the 1980s and 1990s saw increased popularity in another banking channel, ‘telephony’, and even resulted in the formation of telephony-only offerings, First Direct being a prime example. Indeed, this service included a human presence over the phone, but are there features of completely digitalised banking that might impede customer attraction and loyalty?

To start, apps are notorious for requiring constant updates and facing numerous technical issues; issues that for the most part would be avoided by going into a branch. Many people are more content with going into a branch to communicate issues and get answers over and above the standard textbook answers most FAQ sections provide. For situations such as this, Tandem Bank has hit the nail on the head by incorporating a call centre for individuals who have more complex problems they need to discuss with a human who may have more control or ability to solve the complication. Would an offering such as Tandem’s increase customer loyalty over other digital banks due to addressing the psychological issue of human comfort?

Traditional banks need loyalty to survive, in order to maintain profitable and avoid illiquidity. Recently, they have been in trouble; Capgemini’s World Retail Banking Report 2015 shows that for the second year running banks have not been able to improve on customer experiences. On a global basis, Gen Y are the most common to leave their current banks accounts but with the majority of this generation brought up with technology at their fingertips, it is hardly surprising they naturally follow the trends of digital innovation.

Poor loyalty outside of Gen Y stems from a poor front office experience in branch, high (hidden) fees and an overall lack of trust.  Even so, many customers are still too afraid to switch accounts due to the perception it is complicated, time-consuming and risky. Alasdair Smith, Chairman of the Retail Banking Investigation, said: “We think customers need to be put in charge of their banking…for too long banks have been able to sit back and take their existing customers for granted. We don’t think that customers will truly benefit from a more competitive marketplace until they can compare accounts more easily and feel confident that they can switch without risk…”

Switching to a purely digital bank might well be the answer for consumers. There’s no travelling to a branch, long waiting times or filling out endless forms; instead customers can sign up hassle free online. Plus, with over 20% of the world’s population on some form of social media, it certainly won’t be difficult for these digital banks to attract attention. Ultimately, it comes down to comfort vs. innovation. The old vs. the new.

The unstoppable rise of online and digital banking services means that the industry may soon be saturated with differing providers. With significantly lower barriers to entry, does this mean we could soon see Amazon Bank, Facebook Bank or Google Bank?  These organisations would have the flexibility to pick and choose banking services that offer the more profitable solutions meaning they avoid the costly infrastructure that banks still struggle to deal with.  Now banks can be set up with a few hundred thousand pounds, let alone a few hundred million.  So what will this mean for customer loyalty?  The already sharp decline we have seen recently in traditional banks arises from the ease in which online accounts can be opened and switched, so based on this trend continuing, it could be a fair assumption that the loyalty model will have to be vitally redefined.

Banks were built for the physical distribution of physical money in a localised network based upon buildings and humans.  Now, we live in a world where almost everything we do is digitised in a globalised network of software and servers.  There is no question as to whether banks will change to adapt to the changing times and become more digital.  The question lies in how quickly they can convince the population, globally, that switching from a thousand-year old model of physical branches and human interaction to applying for a loan from your Apple Watch is a smart move.

Are we really ready for it?

“It has become appallingly obvious that our technology has exceeded our humanity”. Albert Einstein.