The Future of Payments: Biometrics Within the Financial Ecosystem
Our website publishes news, press releases, opinion and advertorials on various financial organizations, products and services which are commissioned from various Companies, Organizations, PR agencies, Bloggers etc. These commissioned articles are commercial in nature. This is not to be considered as financial advice and should be considered only for information purposes. It does not reflect the views or opinion of our website and is not to be considered an endorsement or a recommendation. We cannot guarantee the accuracy or applicability of any information provided with respect to your individual or personal circumstances. Please seek Professional advice from a qualified professional before making any financial decisions. We link to various third-party websites, affiliate sales networks, and to our advertising partners websites. When you view or click on certain links available on our articles, our partners may compensate us for displaying the content to you or make a purchase or fill a form. This will not incur any additional charges to you. To make things simpler for you to identity or distinguish advertised or sponsored articles or links, you may consider all articles or links hosted on our site as a commercial article placement. We will not be responsible for any loss you may suffer as a result of any omission or inaccuracy on the website. 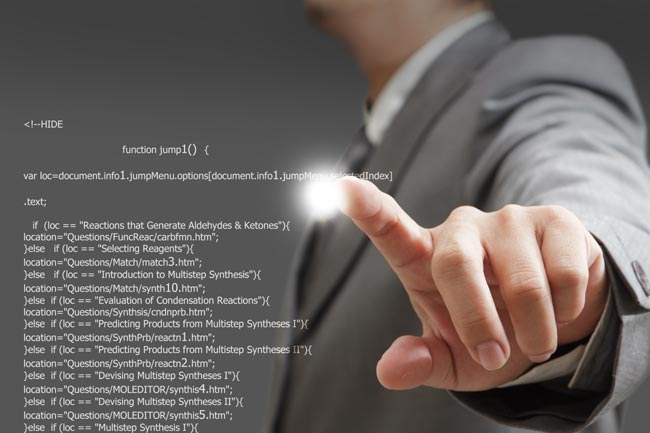 Keeping the bad guys out of your business should be trumping everything on your agenda.

But how do you hardwire instead of retrofit…?

BOARDROOMS are being infiltrated from bedrooms. Hackers in hoodies are stealing our cash.

In today’s digital Wild West, technological advancement is a double-edged sword – and for the financial services sector, it can be the difference between life and death.

Mobile banking apps are the future, and moving money over the web is now commonplace.

For the customer, it seems, the digital revolution is delivering in spades.

But for the businesses providing those services, it’s a world where risk management is king.

And, if they fail to get their digital strategy right, they risk getting everything wrong.

Despite that apparently precarious state of affairs, a recent study carried out by converged digital comms and IT services provider Daisy Group found that more than half of financial services businesses are not taking the necessary effective steps.

And when the only word that counts is ‘security’, that is a high-stakes game with potentially dire consequences.

Daisy’s Head of Sales for Business Continuity & Resiliency Services Alan Prescott Brann knows the sector needs to operate in an ‘always-on’ environment, but says the threat levels cannot be underestimated.

“The rise of digital natives, or Generation X, is putting increasing pressure on banks to be everything to everyone all of the time,” he says.

“They are forced to develop better, more user-friendly mobile banking apps in order to remain relevant and responsive. But a mobile banking app may be just what the customer asked for, but what about the reliability and security of it to not only keep your customers satisfied, but to protect their accounts and the bank’s reputation?

“The digital revolution has produced savvier cyber criminals and opened up even more entry points for them to wreak havoc. From competitors to organised crime groups, political activists and even national governments, it seems the threat is everywhere. The criminals come in all guises, and possess the skills to violate a company’s infrastructure with just a few clicks.”

It has become a sophisticated art, one that can make or break businesses. And it’s rightly keeping Britain’s FS institutions up at night.

“Cybercrime is twice as common in the financial services sector compared to any other industry, costing every company an average annualised £4.1m last year,” says Prescott-Brann.

“That’s a lot of money, but should those stats deter the FS sector from embracing digitisation?  If they don’t try and compete with the speed at which consumers are embracing new technology, they are surely destined to die out. The answer has to be Digital Business Resilience: the ability to allow customers to consume services as they want, with the peace of mind that you have a back-up plan to keep that ‘always on’ promise in the face of that threat.”

But what about those shackled by the restrictions of legacy IT and pressure from shareholders on investment?

“What we are seeing is a reluctance to embrace digital from those with traditional banking roots. In those we surveyed, 65% of large financial services businesses claimed their biggest barrier to change is legacy technology. At the same time, we find ourselves in a world where the majority of the population would now prefer to make digital payments rather than visit their local branch, so the pressure has reached boiling point. If you consider some Asian countries for example, such as Indonesia, less than ½ the population have a bank account, however mobile phone subscriptions sit at around 120% of population, so the potential opportunity is huge for both Fintech companies, traditional banks and cyber criminals’ alike.”

In a separate study carried out by Temenos last year, it was shown that, in 12 months, the digital strategy had jumped from fourth place to the top spot on retail banks’ agendas.

It’s no longer a water cooler conversation: it’s made its way into the boardroom and onto the CEO’s notepad.

“When it comes to the digital business resilience piece, priority number one for all businesses – but particularly those in the FS sector – should be cyber risk mitigation,” says Prescott Brann.

“With the pressure from consumers, the industry and technology itself, it can feel like they are being forced to rush their digital journey, and what they will no doubt encounter are risks that they are not expecting, and that they don’t fully understand.

“But you can’t wait until something goes wrong before you start thinking about protecting your business. You need to treat business continuity and resilience as a proactive BAU programme. The right BC partner should act as a natural extension to your business. They should work with you to identify those risks, develop a roadmap, and provide thorough testing before implementing the service into your operations. If the worst happens, use a business continuity centre to soak up additional demand and extend the capacity of your business operations or use agile home working solutions to allow flexible workers to work anytime, anyplace, anywhere. With your business’ profile ideally already mapped using sophisticated Business Continuity Planning software, it is just a case of your staff turning up and logging on to your systems to continue business as usual. And if you are the victim of a cyberattack or outage, you can have your business back up and running in no time, covering both on-site and mobile data sources and devices.”

It’s resiliency hard-wired in; not retro-fitted.

And it’s about as crucial as it gets.

What can accountants learn from Great Britain’s Olympic team?