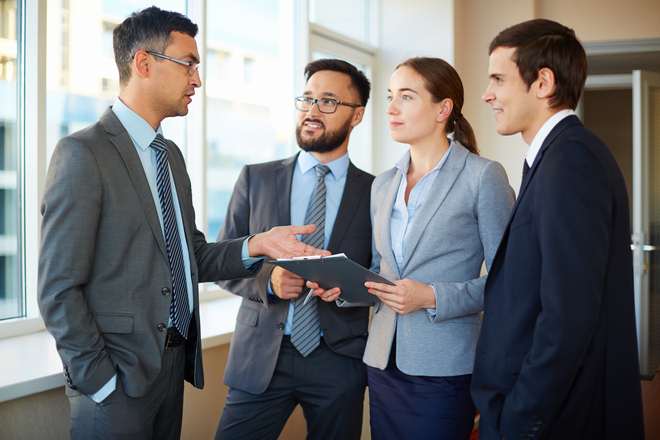 Voice controlled technologies have had a meteoric rise to fame and brands have been quick to develop Voice User Interfaces (VUIs) to engage with consumers. Early financial services adopters– including CapitalOne and The Bank of America – are blazing a trail towards a new era in which technology is enabling banks to see and do everything differently. But, as exciting and ground-breaking as voice technology is, it’s still very much in its early stages.  Iain Millar, Managing Partner, Innovation at Brand Experience Engineers, Rufus Leonard, advises banks on how to overcome the unique challenges posed by delivering a positive customer experience in the emerging conversational world.

Banking and financial services institutions have traditionally been digital laggards, partly as a result of the highly regulated industry in which they operate and partly because senior decision makers have been slow to recognise the potential ROI. However, we are now entering a critical new phase in which intelligent machines are enabling – indeed, compelling – banks to fundamentally see and do everything differently. With the growing threat of FinTech firms increasingly gaining traction with consumers due to the accessibility, flexibility and availability of the services they provide, banks now have a significant incentive to accelerate the move into the digital age.

The popularity of voice technologies has begun to snowball since Amazon launched Echo in 2014 and we are starting to see the replacement of keyboards and screens with voice-controlled devices. One in five UK adults are already using a voice-driven virtual assistant on their smartphones,[1] and last year saw the UK dominate the European smart speaker market with 3.94 million Amazon Echo and Google Home devices sold.[2]

Banks should not underestimate consumers’ appetite for voice technology; according to CapGemini 28% of people confirm having used a voice assistant on some occasion to make a payment or send money. In addition, some 44% expressed interest in using this system for bank transactions. Voice commerce, whether with a standalone device like an Amazon Echo or an integrated application like Siri, will allow banks to extend relationships beyond a single device or a specific branch location. More importantly, each interaction will be based on dialogue that will create insight that can be used to develop highly personalised contextual engagement, building trust and loyalty.

The convenience of voice technology is what has ultimately driven its adoption amongst time poor consumers. We already ask Alexa what the weather is going to be like, to check the balance in our bank account and to provide a recipe for the evening meal. Developers are increasingly creating Voice User Interface (VUIs) apps to enable organisations to engage with consumers on another level, and both Amazon and Google have created free ‘skill’ building platforms to make this easier.

Where once used solely for informational purposes – such as checking account balances – as the technology and customer confidence develops, there is increasing usage of voice technologies to conduct more complex transactions including paying bills and transferring funds.

CapitalOne was the first bank to integrate its online banking service with Amazon Echo so that customers can ask Alexa real-time information about their bank account and perform transactions by using their voices. Similarly, the Bank of America introduced ERICA, an artificially intelligent bot available within the bank’s mobile app, which enables customers to interact via voice or text message to perform financial transactions. Santander U.K. has also launched a voice assistant within SmartBank, its mobile banking app, which now allows customers to conduct financial transactions, although they still have to log in to the app using a password.

However, voice technology in banking is still very much in its infancy. Skills are primarily functional and the experience rather mundane – thus maintaining sustained customer engagement is a challenge. If voice banking is to move beyond low-value transactions to a more immersive experience driven by branded AI recommendations, there are key considerations banks need to bear in mind.

It goes without saying but due to the secure nature of the banking industry, security is key. Barclays and HSBC were two of the first banks to introduce voice technology to their biometric security systems which identify the pitch and tone of customers’ voices. HSBC introduced voice biometrics allowing customers to log into their accounts by saying, “My voice is my password”. Once logged in, they can use voice commands to check balances and move money between linked accounts, although they are not able to transfer funds to a third-party account. Last year, Barclays also introduced voice biometrics to telephone banking for personal customers, meaning that a customer could authenticate themselves by simply having a conversation with the bank.

However, like with any new technology, there is still work to be done in this area. Last year HSBC made the headlines for the wrong reasons after a customer’s twin gained access to his brother’s account by mimicking his voice. Privacy will also continue to be an issue.  Banks will also need to consider challenges such as avoiding a customer’s intimate financial details from being overheard as they use voice services. This could require a combination of voice and screen, as seen with the flurry of new devices including Echo Show and Spot and other forthcoming Google powered smart displays.

Accuracy is key. Although AI based on machine learning is rapidly growing in maturity, it’s still not perfect. The challenge will be to limit errors and misunderstandings around voice commands as much as possible. One potential option could be to implement a rule-based or deterministic approach to mitigate risk.

A drawback with voice technology is sometimes the customer interactions can appear robotic. All human decisions, and particularly financial transactions, are rooted in emotions and therefore any conversation should not appear impersonal or generic. Instead, simple, jargon-free language should guide brand scripts, with pops of personality and creativity saved for occasional utterances where there’s no chance a customer might misinterpret what is being said. As voice technology matures and with rapid advances in Natural Language Processing (NLP) and Machine Learning, the onus is on developers to ensure that voice experiences become more personalised and meaningful.

The banking industry today is still fighting to reclaim customers trust and build loyalty while adapting to the digital economy. In order for consumers to trust new technologies where sensitive matters such as their finances are concerned, these tools must first earn a certain level of trust and familiarity. This is a pattern the banking industry has witnessed many times in the past, from the introduction and steady growth of the ATM more than 50 years ago, all the way up to recent consumer adoption of services such as mobile banking and contactless payments. In all of these cases, it took some time for the public at large to feel comfortable with the new concept and fully embrace it.

With voice already becoming mainstream and set to be incorporated into many more devices and interfaces, it’s time for the banking industry to join the conversation. For banks the benefits are clear; improved customer experience, better engagement with their customers and reduced costs from call centres – if done right. Voice has the potential to move beyond low-value transactions to AI-driven recommendation engines that will prompt the consumer for bill payments, purchases and P2P transactions based on a consumer’s lifestyle and previous interactions. In future, users may be able to ask their bank’s voice assistant open complex questions like if they have enough for retirement or to provide suggestions on rebalancing savings and fixed deposit accounts. The road map to a two-way relationship also already exists, with the Bank of America planning to use ERICA to encourage its customers to develop better money habits through AI-driven proactive prompts. Also, with the announcement of new innovative technologies such as Google’s assistant phone call service, the potential for voice is unlimited.

However, like with any new technology, caution is required. In addition to the functional issues relevant to a highly-regulated industry such as banking – such as security and accuracy– developers will have to experiment and test with real users to build resonant and memorable brand experiences. It is easy to forget that a financial organisation’s brand will be speaking in a customer’s home where tolerance and patience are short, and boredom sets in quickly. Banks should strive to bring an extraordinary brand experience into their customers home. Remember, less is more, so focus on the key benefits that customers want as this will be what ultimately delivers true engagement.

Six tips to make your airdrop a success