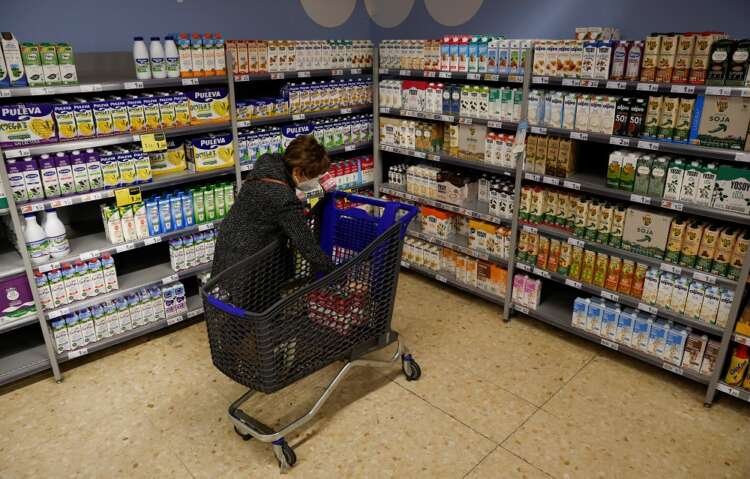 By Belén Carreño and Sergio Goncalves

MADRID/LISBON (Reuters) – Surging energy prices pushed Spanish inflation to a peak of just under 10% in March, the highest in the euro area and nearly double the 5.3% in neighbouring Portugal – despite the fact the two Iberian economies share a wholesale electricity market.

The disconnect lies in the way that energy prices are built into the headline Spanish inflation figure – a statistical quirk with real-economy consequences because of Spain’s widespread indexation of pensions, wages and rents. 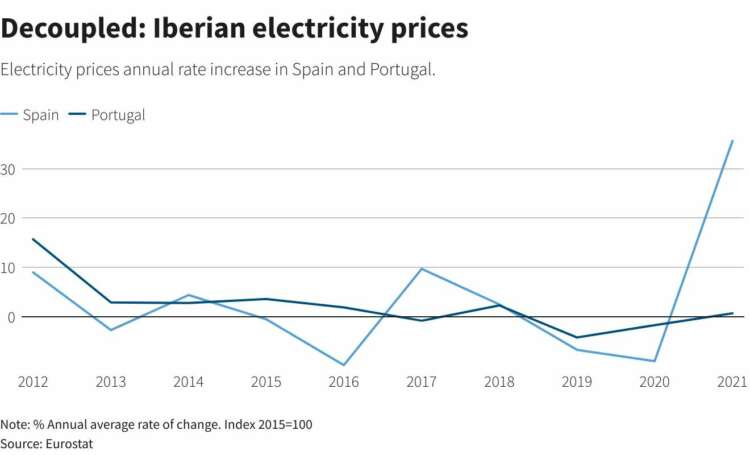 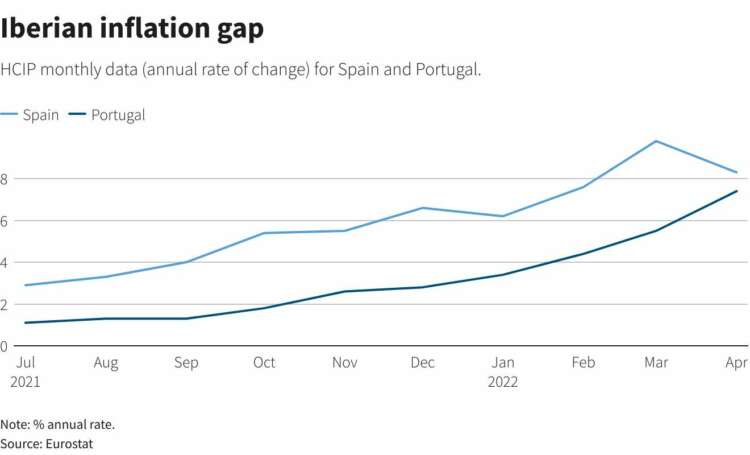 Following is a brief explainer of what is at stake.

While such contracts used to be taken up by the bulk of consumers, in the last five years the proportion has dropped to just one third. Thus the majority of Spaniards have moved into line with their Portuguese peers, 85% of whom are on fixed-term contracts offered by distributors. The problem is that the prices they pay aren’t counted in the Spanish inflation index.

HOW MUCH DOES THIS DISTORT CPI BY?

Normally, fixed-tariff electricity customers would expect to pay a premium for the peace of mind of predictability over a term like three years. But now they are lucky in that they are shielded from the rises in wholesale prices linked to the Ukraine war.

One senior government official estimated the official data may be overestimating Spain’s real inflation by around two percentage points: Indeed, the Spanish government sees average inflation at 6% this year while Portugal predicts 4% by the end of 2022.

Monthly data tell a similar story. As electricity market prices eased slightly, headline Spanish inflation fell in April from its March peak to 8.4%, compared to 7.2% in Portugal. Core inflation – excluding energy and fresh food prices – showed this gap was entirely determined by these volatile components: In April, core inflation in Spain reached 4.4% and in Portugal 5%.

WHAT DOES AN OVERESTIMATED CPI MEAN FOR SPAIN?

According to calculations by economics think tank Fedea, each percentage point rise in the CPI means an additional 1.7 billion euros spent by the state to increase pensions, meaning the statistical anomaly could be costing Spain at least 3.4 billion euros in public pensions alone.

There are other knock-on effects: rents in Spain are indexed to inflation – though the government has suspended that for three months through to June – and the indicator is widely used as a guideline by unions and employers to negotiate wages.

HOW TO SOLVE IT

Spain’s INE statistics office has set to work to redo the inflation indicator by incorporating free-market prices, but the reform requires companies providing millions of pieces of data on a like-for-like basis and not all of them are cooperating in the same way.

“In order to adapt the CPI to truly reflect the price of electricity we need data from the electricity companies and we have been trying for months to get this detailed data,” Economics minister Nadia Calvino said last week. “We need everyone to help.”

The Iberian countries are expected to approve this week a temporary Brussels-backed average cap on sky-rocketing reference prices of natural gas and coal used in power plants, aiming to contain the rise in electricity prices in the regional wholesale market (MIBEL).

Prices at which Spanish and Portuguese generators sell electricity in the regional wholesale market (MIBEL) are determined by the highest marginal cost of production, which is currently that of gas-fired power plants and coal power plants.

This measure may help ease Spanish inflation a little, but it does not solve its statistical problem.

In addition to this statistical mismatch, there is another factor explaining the much lower prices paid by the Portuguese in what some have dubbed their “electricity miracle”.

In Portugal, the price regulated by the local watchdog, named ERSE, remains fixed throughout the year, although it can be revised quarterly, but to a limited extent. Portuguese consumers can also move freely between regulated tariffs and free-market tariffs, choosing whichever is the lowest.

Furthermore, unlike Spain, the rise in regulated tariffs in Portugal is being contained because the fixed ‘feed-in tariffs’ guaranteed to renewable energies – solar and wind – are currently much lower than the MIBEL electricity prices, and under the current price-setting formulae this lowers the system-wide tariffs set by ERSE.

Around 40% of Portuguese consumer’s energy bills – excluding taxes – with regulated tariffs is related to this renewable energy component.

(Reporting by Belén Carreño in Madrid and Sergio Gonçalves in Lisbon; editing by Mark John and John Stonestreet)