Transitioning into a 4 day week 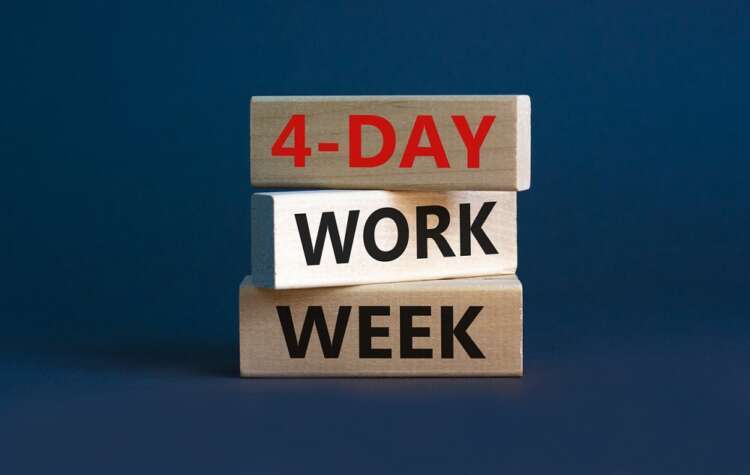 By Marian Evans, Career Coach & Founder of Elevate BC

If you are sceptical, or even if you’re not, this might help answer a few questions for you…

Transitioning into a four-day week whilst also maintaining/increasing productivity sounds impossible for most organisations who already consider themselves efficient. However, in 2019 Microsoft trialled a four-day week in their Japan office and found that productivity actually increased, not only that but it increased by a whopping 40%.

What is really important to note is that the reduction in days from five to four did not mean a reduction in pay.

It sounds on the face of it to be a no brainer. However, as with most things it is a move not to be taken lightly and there are lots to take into consideration, not least the nature of the work and the expectations of stakeholders.

The evidence as we have seen it brings into sharp focus what many Executive Coaches have said for years – working smarter not harder is the driver of productivity. With this in mind, the focus becomes one of maximising efficiency and effectiveness, doing more or as much in less time. There are lots of tools to support this and I expect there is likely to be a growth in organisations looking for this support.

So, if you are considering reducing the working week from five to four days there is value in firstly considering your people, your processes and the systems you use. Just as it the case with operational resilience the businesses that fair best will be the ones who are change ready and are able to maximise the opportunity. In theory the move can reduce costs (not wage bill) but certainly having less people occupying office spaces for example there is a saving, there are also benefits for the environment

Research published recently by the environmental organisation Platform London showed that moving the economy to a four-day, 32-hour working week—crucially, with no reduction in pay for workers—would reduce the UK’s carbon footprint by 127 million tonnes per year. This is a pretty attractive proposition not least for financial institutions tasked with demonstrating their commitment to ESG (Environmental Social & Governance)

Whilst on the topic of resilience one of the key reasons behind the increased productivity is the improvement in the personal resilience of the workforce. Personal resilience is dependent on a host of factors including mental toughness, physical well-being, connectedness and emotional balance and purpose. If by spending less time in work, we invest in these areas then we become more effective, happier and more productive. We bring our best version of ourselves to work and the employer benefits greatly from this.

Happy teams improve culture, and this paves the way for success.

So why is a positive culture so powerful? Well, it’s not just that efficient and effective systems and processes reduce frustration and distraction, when people are happy and motivated, we see a direct impact on stress, absence, sickness and general HR issues including conflict.

So, this all sounds good but there is a caveat. Not all sectors can be so flexible. Some businesses work 27/7 and a four-day week has a big impact on shifts. There are also those who are worried that they simply can’t complete their duties in four days, meaning they will work long hours in those 4 days which actually has a much greater impact on their work life balance.

Maybe the answer is five shorter days…that’s a debate for another day.

The four-day week is also an attractive proposition to those looking for a new employer. According to zip recruiter firms that advertise four day weeks are receiving an average of 13 per cent more applications. In the current talent revolution that is a big deal. Who wouldn’t want to attract the best talent?

Another positive of the four-day week is that it makes life a little easier to balance the demand of work and home particularly for caregivers including parents. Have you tried to get a Dr or dentist appointment after hours?! It also gives time for household chores that otherwise (for most of us) get done on the weekend. Is it just me?!

There are currently pilots going ahead all over the world to assess the viability of the move. Many remain unconvinced but if the pilots demonstrate a break-even or increase in productivity then for many it will be a logical decision for many. However, some sectors will be easier to change than others as will be the case for individuals. Some predict it will expediate the drive for automation and potentially longer-term impacts. Watch this space.

Business leaders: flexibility for everyone contributes to gender equality in the workplace, without affecting your bottom line