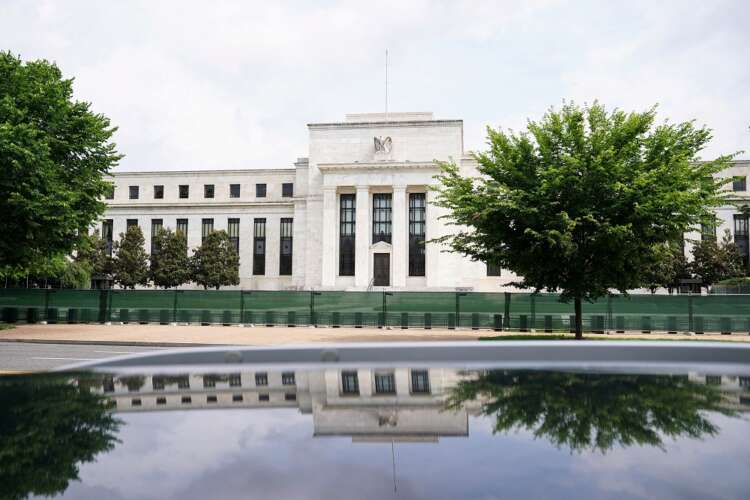 On Wall Street, stock futures were firmer, indicating that the S&P 500 and Nasdaq would add to their biggest daily percentage gains in over 2-1/2 years on Thursday after U.S. data showed prices rose less-than-expected in October.

The MSCI all country stock index was up 1%, taking it back to its highest levels since mid-September as investors re-priced their interest rate expectations, though the benchmark is still down about 19% for the year.

“It’s more of a sigh of relief after a cacophony of bad news over the past month or so. While the data may be improving in the U.S., it’s certainly not the case in Europe,” said Mike Hewson, chief markets analyst at CMC Markets.

Fed policymakers on Thursday signalled a more gradual approach to hiking rates, but made clear that the direction was firmly up to tame 40-year high inflation.

Market bets on the Fed raising rates by 50 basis points at its next meeting in December, instead of 75 basis points, increased.

In Europe euro zone yields firmed and the EU’s executive European Commission said it sees a bigger euro zone slowdown in 2023, though only slightly affecting jobs or public finances.

Britain’s economy shrank in the three months to September at the start of what is likely to be a lengthy recession.

John O’Toole, global head of multi-asset investment solutions at asset manager Amundi, said the reaction in stock markets to the U.S. inflation data showed investors were “pretty desperate” for good news and could be getting ahead of themselves.

“Even if we’re closer to the end than we are to the beginning of a tightening cycle, that doesn’t mean that rates are not going to stay at an elevated level for an extended period of time, and that’s something that financial markets just don’t have in their outlook,” O’Toole said.

The weaker outlook for corporate earnings and jobs has yet to be fully priced into markets, he added.

Investors poured into risky assets after the U.S. data, with the dollar down 0.9%.

The yield on benchmark U.S. 10-year paper slipped below 4% on Thursday. U.S. bond markets are closed on Friday for Veterans Day.

“The data and market reaction are reminiscent of previous cycles of optimism regarding the ease with which the Fed might quell too-high inflation,” Citi bank said.

Asian shares scaled a seven-week high, with MSCI’s broadest index of Asia-Pacific shares outside Japan up 5.6%, set for its biggest one-day percentage jump since March 2020.

In China, health authorities on Friday eased the country’s heavy COVID-19 curbs, including shortening by two days the quarantine times for close contacts of cases and inbound travellers.

Oil prices rose on Friday after the U.S. inflation data but were on track for weekly declines of more than 4% due to COVID-related worries in China. [O/R]

Elsewhere, the crypto world remained gripped by the outlook for the crypto exchange FTX. Regulators froze some assets of FTX and industry peers raced to limit losses on Friday as solvency problems worsened.