Burberry held back by China lockdowns and U.S. weakness 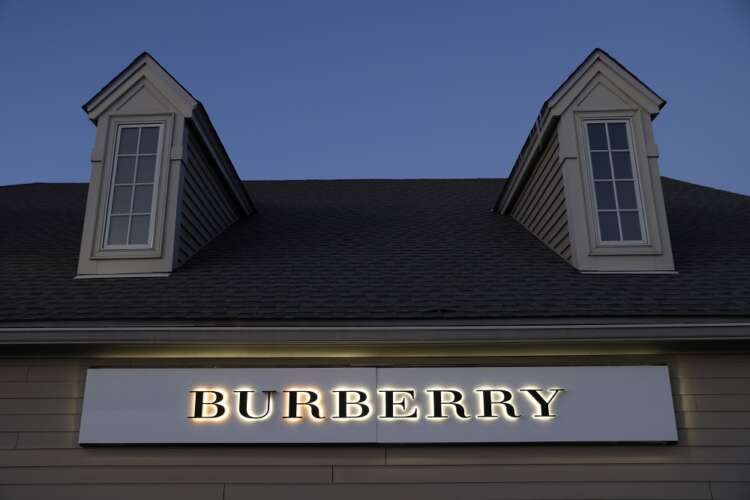 LONDON (Reuters) -Luxury brand Burberry was hurt by lockdowns in its biggest market China and an abrupt reversal in fortunes in the Americas, limiting its first-quarter sales rise to 1%.

All its stores were open by the end of June, Chief Financial Officer Julie Brown said, and the company was “encouraged” by how they were performing, but testing requirements were holding back the return of some shoppers.

Luxury rival Richemont also felt the shortfall in mainland China, where its sales were 37% lower for the quarter.

Outside China, Burberry reported a 16% rise in comparable store sales, with Europe up 47%, helped by store ranges tailored to local demand rather than to still absent tourists from Asia.

Brown said leather bags and outerwear were selling well, but “sneakers and slides – the shoe business – and the small leather goods category (were) somewhat weaker.”

“I think this is largely because people have changed from staying in and wearing casual wear to be going out a lot more now than they were before,” she said.

Shares in Burberry, which are down 20% over the last 12 months, fell 7% in early deals on Friday.

Brown said Burberry was facing increases in transportation, commodity and labour costs, but it was managing them by focusing on procurement efficiencies.

“We’re also very conscious of the pressure on the people and communities,” she said. “But in terms of business overall, we’ve not seen a major pressure on younger consumers at this point in time.”

Firefighters scramble to put out flames in heatwave-hit Portugal, Spain