Thomas LR Griffiths' top 10 strategies for US tax planning
Our website publishes news, press releases, opinion and advertorials on various financial organizations, products and services which are commissioned from various Companies, Organizations, PR agencies, Bloggers etc. These commissioned articles are commercial in nature. This is not to be considered as financial advice and should be considered only for information purposes. It does not reflect the views or opinion of our website and is not to be considered an endorsement or a recommendation. We cannot guarantee the accuracy or applicability of any information provided with respect to your individual or personal circumstances. Please seek Professional advice from a qualified professional before making any financial decisions. We link to various third-party websites, affiliate sales networks, and to our advertising partners websites. When you view or click on certain links available on our articles, our partners may compensate us for displaying the content to you or make a purchase or fill a form. This will not incur any additional charges to you. To make things simpler for you to identity or distinguish advertised or sponsored articles or links, you may consider all articles or links hosted on our site as a commercial article placement. We will not be responsible for any loss you may suffer as a result of any omission or inaccuracy on the website. 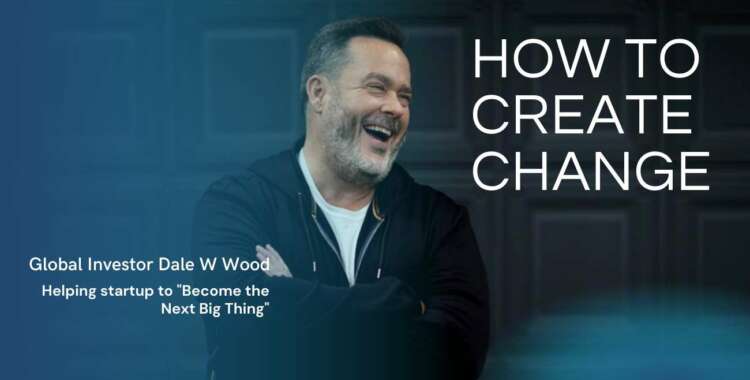 Great things come from humble beginnings. This could be a personal mantra for Dale W Wood who has enjoyed an inspiring career that has seen him rise to the top in the world of business and investment, while also taking new ventures to higher levels. Growth is key for this entrepreneur and investor, but as the man himself is quick to point out, “Ideas come and go. But it’s hard work, careful execution, and unending persistence that make a great company”.

Wood is a 1993 graduate of Texas A&M University with a dual bachelor’s degree in Business Administration and Marketing and Management. He then studied for an MBA in International Business at the Edwin L. Cox School of Business of Southern Methodist University in Dallas. During this time Wood took the chance to make trips to Monterrey, Mexico to take business courses and familiarize himself with Latin culture. This would prepare him for future forays into Central and South American markets.

The road from Marketing Specialist to CEO

Dale Wood’s first position was as a market specialist at a manufacturer of construction materials, Texas Industries. There he launched the company’s first website –  back in the mid-nineties when the internet was still a novelty. This was an early tech achievement that set him up for a shining career in the IT revolution to hit the business world.

In 1997 he began working as an IT recruiter for a Florida-based staffing company, KForce Inc., quickly rising to become team lead. But at his heart an entrepreneur, Dale Wood felt the need to break away from the structured, traditional office environment and cut his own path. He has always had an international vision and a great enthusiasm for venturing into different global markets brimming with untapped potential. The world of opportunities beyond his own backyard was calling.

From 1999 to 2007 he worked for a range of new businesses in Mexico, Costa Rica, and Panama, in various roles that included COO, CEO, founder, president, and investor. These were generally growth-oriented, internet-based ventures that gave Wood valuable experience recognizing talent and the growth potential on a sustainable basis. Not all of these startups were successful, but the possibility to “fail forward” is something that Wood values as an important learning opportunity.

In 2007, after the tragic loss of two family members, Dale Wood turned his attention to health initiatives. He became President and CEO of HealthYes! Preventative Screening, which is a way of offering preventative health screening for chronic diseases through mobile devices. Then after three years he became President and CEO again, this time for Netualize, a digital marketing consulting firm providing outsourced solutions to internet giants.

After almost two decades of full and varied experience in leading, managing, and investing in startups and businesses, Dale Wood felt that he had earned his stripes as a venture capitalist. With the launch of Dale Ventures in early 2017, he decided to share his expertise with businesses that are looking for financial support and guidance, and those that have talent and potential.

Dale Ventures is a personal investment holding group with headquarters in Dubai and offices across the globe. It primarily focuses on technology and media, retail, financial and business services, and real estate, but Wood makes clear that the sector is less important. It’s the company that counts.

With four years in investment and business growth, Dale Ventures has shown itself to have a value-added investment approach. The firm is committed to providing capital, support, and mentorship to both fledgling companies and those with years of experience. The most important factor is that they are showing the potential for growth in one area or another. This could be by improving operations and increasing efficiency, or by expanding into new markets.

Dale Wood is always on the lookout for the next big success story and this could be found in carve-outs from larger organizations, startups, or turnarounds. Where a company can recognize the drive and ability to see things through to the end, Dale Ventures will match the commitment with funding, support, and mentorship where it’s needed the most.

Identical twin Costa Rican brothers Pablo and Bernardo Arce approached investor Dale Wood for both capital, resources, and technical support. This they needed for their project, Rayo Credit, an online loan disbursement and repayment company that provides assistance in small and fast loans. The approval process for loans takes less than 24 hours and the mini-loans are payable within 45 days.

In 2016, Dale Ventures invested a seed fund of $1 million into Rayo Credit. The relationship continued when the firm expanded into Colombia and a further investment of $500,000 was provided, with a commitment for up to $5 million. This made Dale Ventures the lead investor in 2017. Rayo Credit has been hugely successful in business and consumer loans, having provided more than 200,000 short-term loans in the two countries, so the investment certainly paid off.

Persistence, being ready to learn from failure, and keeping his eye on the objectives is a formula that continues to work for Dale Wood, with new investments that are undeterred by the pandemic. Disciplined practices and a focus on value in the long term are the main drives. As he recently told Global Business & Finance Review:

“At Dale Ventures, we believe that the ability to drive growth comes from continually creating value in the long term. Clear and transparent communication, properly defined goals, and maintaining and building powerful teams are what make – and sustain – top-notch companies. In the quest to produce long-term value, patience and persistence are key. It takes a lot more than a great idea!”

Along with any company that meets the Dale Ventures criteria, Dale W Wood is one venture capitalist who is looking to the future. In his own words, he is always hopeful for the “next big thing!”.