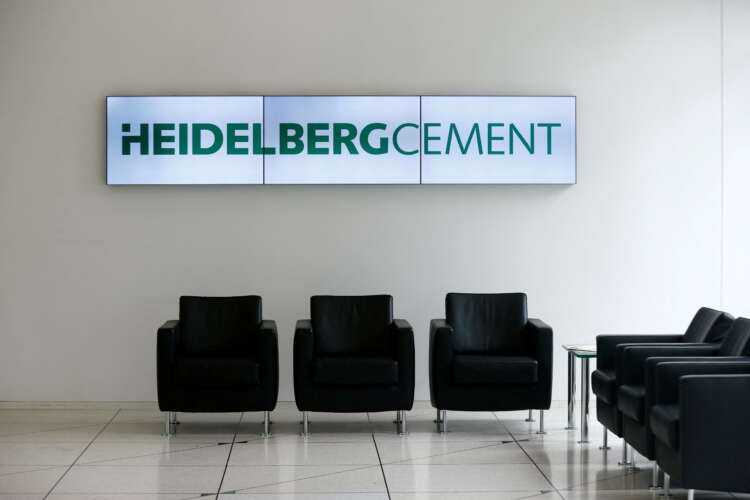 By Christoph Steitz and Ilona Wissenbach

FRANKFURT (Reuters) – HeidelbergCement can match or even exceed last year’s growth in 2022, and will likely unveil more ambitious CO2 reduction targets at a capital markets day in May, its chief executive told Reuters.

Dominik von Achten, who has led the world’s second-largest cement maker for two years, said strong preliminary results for 2021 provided the basis for continued growth in 2022 or “perhaps even accelerate it a little”.

“Our clear goal is to continue the growth of 2021 in our focus markets. The first indications I have seen in the first days and weeks of the new year make me feel very positive,” von Achten told Reuters in an interview.

According to Refinitiv estimates, analysts expect HeidelbergCement’s sales to grow by 4% this year.

Global economic growth is expected to moderate somewhat in 2022 but still seen at 4.4%, according to the IMF’s World Economic Outlook, bolstering construction activity as demand for housing rises.

Von Achten’s comments provide the first assessment for the company’s 2022 outlook ahead of the group’s annual news conference later this month and come two days after HeidelbergCement released better-than-expected 2021 results.

He said markets were intact and that the group had currently no indication that demand would slump in relevant regions, including Europe and the United States.

“Markets in Asia should bounce back after the lockdowns in 2021,” von Achten said, adding the company was optimistic about Indonesia, India, Malaysia, Thailand and Australia. Demand in Europe, the United States and Africa was also good, he said.

“We’re not seeing dark clouds on the demand side at the moment,” von Achten said.

Cement production is one of the most carbon intensive industrial processes and von Achten said the group would update investors on its efforts to cut emissions and invest in climate protection during a capital markets day on May 24.

Current goals include cutting carbon dioxide (CO2) emissions to less than 500 kilograms per tonne of cement by 2030 from 576 kilograms in 2020 and investing 500 million euros ($565 million) in climate protection over the next decade.

Asked whether these targets would have to be reviewed and replaced with more ambitious ones, von Achten said “the clear answer is yes”, adding they would be in focus on May 24.

Von Achten said that while the group has already intensified its efforts to cut emission and turn cement into a carbon-free product, more needed to be done.

“For me it was just the start of the marathon.”