How to Lead Organizational Change

The Benefits Of Outsourcing Your Warehouse Space
Our website publishes news, press releases, opinion and advertorials on various financial organizations, products and services which are commissioned from various Companies, Organizations, PR agencies, Bloggers etc. These commissioned articles are commercial in nature. This is not to be considered as financial advice and should be considered only for information purposes. It does not reflect the views or opinion of our website and is not to be considered an endorsement or a recommendation. We cannot guarantee the accuracy or applicability of any information provided with respect to your individual or personal circumstances. Please seek Professional advice from a qualified professional before making any financial decisions. We link to various third-party websites, affiliate sales networks, and to our advertising partners websites. When you view or click on certain links available on our articles, our partners may compensate us for displaying the content to you or make a purchase or fill a form. This will not incur any additional charges to you. To make things simpler for you to identity or distinguish advertised or sponsored articles or links, you may consider all articles or links hosted on our site as a commercial article placement. We will not be responsible for any loss you may suffer as a result of any omission or inaccuracy on the website. 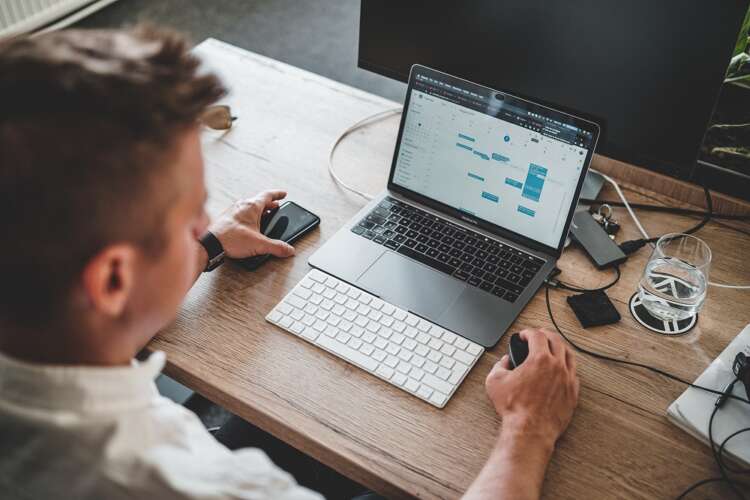 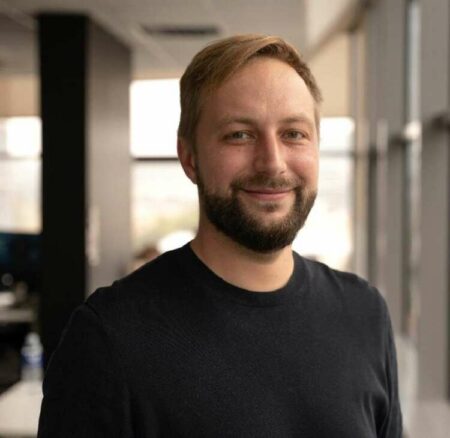 Most tech companies thrive on constant change. Changing teams, roles, and responsibilities keeps the atmosphere dynamic and fosters innovation. And yet, no matter how common the changes, they still must be initiated with caution, empathy, and clear vision. If implemented poorly, it can break the morale of even the most resilient employees.

In our company, Oxylabs, constant change became a part of our culture naturally. We started as a small company that kept on growing rapidly. Larger teams and more products meant we needed to rethink the way we work – many times. Now, we see ourselves as a dynamic organization, where nothing is set in stone.

We know that the roles we have or the tasks we do today can change in the future, if that is needed to achieve our new ambitions as an organization. And we are ready to adapt, because change is what moves us forward. We know that as the organization is growing, we need to grow ourselves. In fact, over 20% of Oxylabs employees have changed positions during the last year – some outgrew their shoes and climbed to more senior positions, others changed departments, or even their focus area. Moreover, these statistics only include changed roles, but if we would also count those whose daily tasks and job scope have changed, the number would be much higher.

That being said, change does not cease to be a sensitive issue even if you implement it often. It still requires open discussion and clear vision where that change would take us. Therefore, when we implement organizational change at Oxylabs, we try to follow a simple, but crucial process:

1) we recognize if and what kind of change is needed;

2) we discuss it openly with the team;

3) we implement the agreed change and start living with it;

4) we evaluate if the change solved the problem it was aimed at.

Sounds too simple? Yes, until you move it from paper to real-life. Even for us, it’s not always easy to go through all of these processes thoroughly, but we strive for it.

Recognizing the need for change

There are many ways to recognize the need for organizational change. Usually, it comes from the company’s growth itself. For example, we build teams around products, so as the product grows bigger, it needs a larger team. Often the need for change also arises from the bottom-up feedback that current team responsibilities no longer reflect the changed reality. It also comes from simply noticing that the team might have too many responsibilities, hindering focus.

However, it’s important to be cautious about moving forward with changes. When change is part of the culture, like in our case, it might become tempting to see organizational change as the only possible solution to all problems. For example, even Google, which is the ultimate example of a change-driven company, has experienced a stage where teams wouldn’t understand why certain transformations were needed. As a result, they came up with the rules for implementing changes, which start with a simple question  “Do we even need this change”.

Before rushing into any change, first try to solve the problem within the existing organizational structure. If it proves that bigger change is needed, check how this particular change fits into the timeline of your organization’s processes. For example, some organizational changes might require hiring several new people first or implementing a different change elsewhere first.

So how to start planning the organizational change? First, you need to clearly define the problem you want to solve with the change and reach consensus on it. Do all parties see the problem in a similar way? Only if they do, you can move on to the next stage and start discussing possible solutions.

I’ve seen several examples where people had different opinions on the initial problem, but implemented changes anyway. Not having alignment on the problem that is being solved, in most cases, leads to a myriad of issues during implementation. Therefore, it is worth putting a lot of effort before moving forward. However, there are cases where consensus simply cannot be reached. In these cases, it is worth acknowledging the differences in perception and at least aiming to address key concerns of different stakeholders.

After agreeing on the problem, make specific proposals on how to solve it. This is the perfect time to involve the team. Organise open discussions to challenge the proposals. Include everyone that will be affected by the change and listen to the different opinions of team members. Adapt your initial approach according to the suggestions of the team if needed.  Finally, move on to the decisions.

This seems like such a banal process. However, in reality, it’s easy to miss some steps or not dedicate enough time to them. For example, it’s crucial to make sure that everyone truly understands what a specific proposal entails: how it will affect the whole team and how the daily work of every single individual would change. Otherwise, the change will start with misunderstandings and doubts.

How much communication is enough?

Change is always a sensitive issue. It’s only natural that a person worries if they will continue enjoying their work after change. For example, if a developer was used to working on a variety of services and now needs to start concentrating on a single one, there might be doubts if the job will provide the same satisfaction. To minimize the burden of change, it’s crucial to build mutual trust, which is only possible with open dialogue and consideration of everyone involved. Openly explain the reasons for change, what are potential downsides and what can be done to address them.

There are many theories on when to approach employees about the upcoming change. Some companies use the tactic of making even the idea of change transparent, even if it’s in the earliest stages. Others wait until the very last minute.

I believe two types of dialogue are needed. First, it’s important to be transparent on problems that come with current work organization. Encourage open communication on them, as this allows looking for solutions in the context of existing organizational structure.

However, when it becomes clear that larger structural changes, like team splits, might be needed, it’s important to do thorough homework before reaching out to employees. It’s not about hiding the possibility of change from them, but about taking time to think the initial idea through. During that process you might realise that the organizational change is not the optimal way to solve the problem and other solutions might be needed.

Thus, don’t rush telling everyone about the idea of change while it’s still in that unripe stage of being simply an idea. But involve the team as soon as you have particular proposals on how to move forward. This is the stage for building trust. There should be this common understanding that there’s constant brainstorming on how to solve particular problems in organization and anyone can initiate those ideas. But no one will be blindsided by the change when it actually starts happening. There will be time and place to discuss and have one’s say.

After numerous discussions, you went on with the organizational change. Teams are now working within their changed roles and responsibilities. How to know if this new way is better than the old one?

Organizational change is designed to solve a particular problem. If that problem is gone and there are no indications of new ones, usually it means the change did its job and you might call it successful.

Another thing we consider in our organization is how the aftermath of change fits into our main principles of low complexity and high autonomy. Did the change enable the individuals in the team to be more autonomous or vice versa? Did the overall complexity of processes increase or decrease? Looking through these lense allows evaluating the change in the context of the bigger picture.

How Leaders Can Develop Their Business Intuition