Indian billionaires face off in race to solar domination 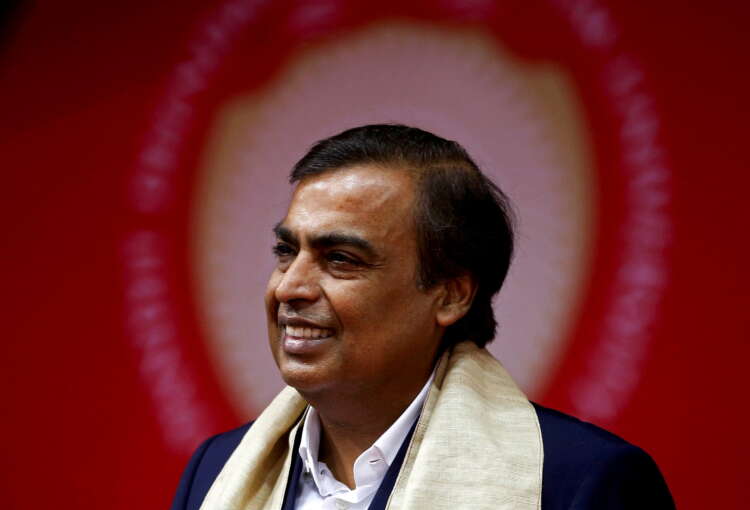 By Sudarshan Varadhan and Nidhi Verma

India’s two richest men are vying to be at the forefront of Prime Minister Narendra Modi’s ambition to ramp up green energy capacity in the world’s second-most populous country more than four-fold to 450 gigawatts (GW) by 2030.

They have mostly avoided operating in each other’s space and the renewable energy push by Ambani’s flagship Reliance Industries and the Adani group of companies will be the highest profile faceoff between them.

Ambani, 64, built up his family-owned petrochemicals and textiles business into a sprawling empire including telecoms and retail. Adani, 59, is a self-made billionaire who has focused on electricity generation, transmission and distribution and the operation of ports and airports.

The two billionaires – and Modi – are all from the western Indian state of Gujarat.

Ambani announced last month he will build 100 GW in solar energy capacity over the next nine years. He said his group would spend $10 billion over the next three years in building solar manufacturing units, a battery factory for energy storage, a fuel cell factory, and a unit to produce green hydrogen.

Three days later, Adani announced that his green energy venture would add 5 GW every year this decade, from a current level of about 3.5 GW.

Analysts say there is sufficient space for multiple companies to grow as a part of India’s ambitious green energy target, but tariffs could fall further as companies try to outdo each other in aggressive bidding wars to win projects.

Solar tariffs in India are already among the lowest in the world, having fallen below 2 Indian rupees ($0.0269) per kilowatt hour in auctions conducted in Gujarat.

“I would expect by 2030 that they (solar tariffs) will probably touch 1 rupee per kilowatt hour,” said Tim Buckley, director of energy finance studies at the Institute of Energy Economics and Financial Analysis.

Reliance has a track record of disrupting rival businesses. With cheap smartphones and data plans, its telecom venture Jio has in five years dethroned market leaders Vodafone Idea and Bharti Airtel to become the largest telecom operator in India.

Both Ambani and Adani have built businesses based on fossil fuels. Reliance runs the world’s biggest refining complex at Jamnagar in Gujarat while Adani is India’s largest private sector operator of coal-fired thermal stations and the country’s largest coal trader.

Adani has not announced plans to build any new thermal power plants, and his companies are unlikely to be affected by relatively higher costs of coal-fired power.

Both groups are trying to improve their clean energy credentials as investors pay more attention to the environmental impact of their businesses and make decisions based on ESG ratings, analysts say.

One of Adani’s main businesses, Adani Green Energy, currently dominates India’s renewables space. Its shares have soared over 156% in the past year.

Ambani wants Reliance to become net carbon zero by 2035, much ahead of 2050 target of global oil majors such as Royal Dutch Shell and BP.

“Reliance will emerge as the most credible renewables player in the country in the next two years. Its ESG scores will also improve, meaningfully attracting money from ESG funds globally,” Jefferies said in a note.

If both companies hit their targets, Reliance’s targeted solar capacity of 100 GW will be twice as large as Adani’s, and the companies would together account for a third of all of India’s 2030 target.

Adani, who has faced criticism for developing a coal mine in Australia and doing business with entities a rights group says are linked to the Myanmar armed forces, needs to do more to attain better sustainability scores, Buckley said.

The Adani group has denied links to the Myanmar military, and said it could write down an investment in a port terminal in Myanmar. It has said the Australian coal mine created jobs for the locals, and was critical to ensuring energy security.

“Financial markets are not agnostic to ESG, so he has to walk the talk,” Buckley said.