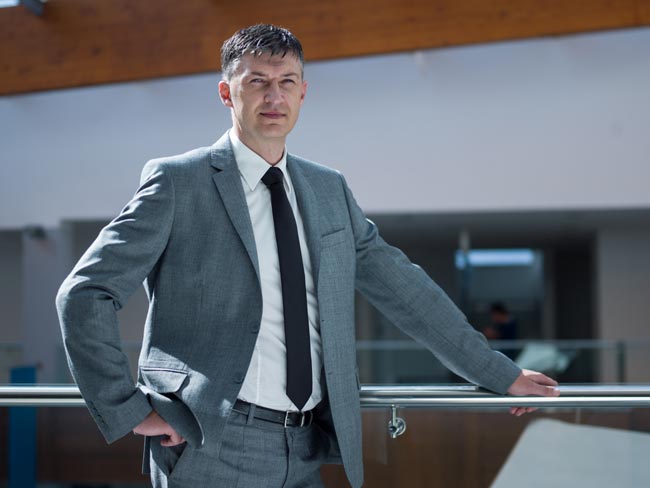 The power shift that’s catching the big banks off guard

In almost every industry, businesses are adapting to revolve completely around their customers, with digital transformation as the catalyst.

However, the big players in the finance industry have been slow to react, and a new guard of digital challenger banks are picking up the slack by building themselves around their customers.

The face of business leadership is changing. Not necessarily in terms of corporate hierarchical structure, but in terms of who the true leaders and decision-makers are. Corporations in the past were led from the top-down, motivated into action by dynamic and effective CEOs who represented the brand and what it was about. But today’s brands – at least, in most industries – are seemingly more humble; more willing to listen to the wants and needs of customers and adapt to them. Are the big banks asleep during the revolution?

Let’s talk about the shift occurring in business values. The most valuable commodity in business today is trust. It shapes the way customers regard companies, what they value, and – most importantly – what they buy. So how can companies leverage this to their benefit?

As the 2016 Edelman Trust Barometer shows, consumer trust in companies in 2015 was quite bottom-heavy. Despite the credibility of CEOs increasing this year, respondents rated the employees of a company +7% higher, and their peers a full +16% higher than a CEO. Trust isn’t suits anymore – it’s grassroots. Customers trust themselves and each other more than CEOs.

So what can companies do? Well, they can make their customers the CEOs, so to speak.

Customers in the driver’s seat

In an effort to demonstrate that important customer-centrism, the financial services industry must come to three conclusions:

I need to be where my customers are. That will require some digitisation. Banks are halfway there, but their legacy systems are holding them back in a huge way.

I need to prioritise my customer’s needs. This will require a customer-first approach in all aspects of the business and a completely open attitude to customer feedback.

I need to communicate in a way my customers understand and trust. That will require embracing the consumer voice and letting it speak for the brand.

The Internet has been the greatest democratising, enfranchising communication tool since the printing press.

It’s been similarly revolutionary in our economic advancement as well. Commerce now happens instantly, digitally, anywhere around the world. This has led to companies not only altering their digital presences in response to way people shop (through ecommerce advancements), but also the way they communicate (through user-generated content).

Brands can now use their digital storefront to curate and exhibit the finest content customers have created about their products, and indeed, as customer-centrism grows, so does the real estate given to UGC. By placing the focus squarely on how the brand interacts with its customers (and vice versa), companies can acknowledge and demonstrate (quite accurately) that customers are truly the new CEOs.

Tom Blomfield, CEO of FinTech start-up Mondo, spoke with the People Tell Richard Stuff podcast about how his company’s use of technology differs to the big banks.

“Every industry thinks they’re immune to the internet, and to the rise of technology. You see them slowly grow until they fall off a cliff. Banks in the UK aren’t even close to falling off a cliff yet, so their biggest concern is not challengers… priority one is regulatory change, and priority number two is digitisation as a mechanism for cost-cutting. Responding to the threat of consumer-focused, product-focused challenger banks is a very long way down the list.”

This influence customers and employees – the “peers” on both sides of the coin – are wielding over corporate executives is real, and powerful. There is an ongoing upswell of sentiment that CEOs have lost sight of the large populations their products service, and the populations are letting them hear about it.

Over two-thirds of respondents report that they feel CEOs focus too much on short-term financial success, while well over half say that CEOs don’t spend enough focus on having a positive long-term impact. This isn’t just talk, either; customers are prepared to award companies and CEOs who do.

Blomfield says his company’s attitude to an open dialogue with customers is key.

“Customer feedback is central everything we do. Every single member of the team does customer support. I was doing it this morning for an hour.

“When we launched the app, the biggest button was ‘feedback’. Chat with us, tell us what’s wrong.”

Listen to your customers, but clearly communicate the fact that you are listening. By prominently featuring and championing feedback and user-generated content, as well as putting customer concerns at the forefront of policy, those customers will know that in your company, they are the CEOs, and they are the boss. And that’s a wonderful thing.

Let others speak for you

When it does come time to advocate for your brand, the chart at the top of this article suggests that the megaphone shouldn’t just belong to those in the boardroom. The average employee is more credible in regards to their company than the CEO of said company. Technical experts are still the most trusted, but in the past year alone, peer-to-peer credibility has leapt an impressive +6%, so that now nearly two-thirds of respondents consider spokespersons of their peers to be “extremely/very credible.”

The more a brand and its executives are able to step out of the spotlight, the more credible that brand’s claims will seem.

Even though the big banks are lagging, do the challengers have enough power to deliver a fatal blow? And do they even want to?

“I don’t think the banks are going anywhere soon. The FinTech companies don’t have to ‘win’ for the banks to ‘lose’,” said James Haycock, MD of digital transformation agency Adaptive Labs and author of ‘Bye Bye Banks’ on the People Tell Richard Stuff podcast.

“They’re understandably regulated in a particular way, which is a good thing for consumers. What that means is that delivery of change is very important – but regulatory change is prioritised above everything else.”

Blomfield agreed that startups like his don’t need the high street banks to completely disappear.

“In the longer term, I think retail bank banks will look dramatically different in 5 or 6 years. We don’t need one or any banks to fail for us to be successful. I mean, I think they might.”

“Every industry thinks they’re immune to the internet, and to the rise of technology. You see them slowly grow until they fall off a cliff. Banks in the UK aren’t even close to falling off a cliff yet, so their biggest concern is not challengers… priority one is regulatory change, and priority number two is digitisation as a mechanism for cost-cutting. Responding to the threat of consumer-focused, product-focused challenger banks is a very long way down the list.”

TALK TO ME :THE CHANGING FACE OF CUSTOMER COMMUNICATIONS

The rise of biometric technology in banking