Four fifths of UK households saw disposable income fall in August, says Asda
Our website publishes news, press releases, opinion and advertorials on various financial organizations, products and services which are commissioned from various Companies, Organizations, PR agencies, Bloggers etc. These commissioned articles are commercial in nature. This is not to be considered as financial advice and should be considered only for information purposes. It does not reflect the views or opinion of our website and is not to be considered an endorsement or a recommendation. We cannot guarantee the accuracy or applicability of any information provided with respect to your individual or personal circumstances. Please seek Professional advice from a qualified professional before making any financial decisions. We link to various third-party websites, affiliate sales networks, and to our advertising partners websites. When you view or click on certain links available on our articles, our partners may compensate us for displaying the content to you or make a purchase or fill a form. This will not incur any additional charges to you. To make things simpler for you to identity or distinguish advertised or sponsored articles or links, you may consider all articles or links hosted on our site as a commercial article placement. We will not be responsible for any loss you may suffer as a result of any omission or inaccuracy on the website. 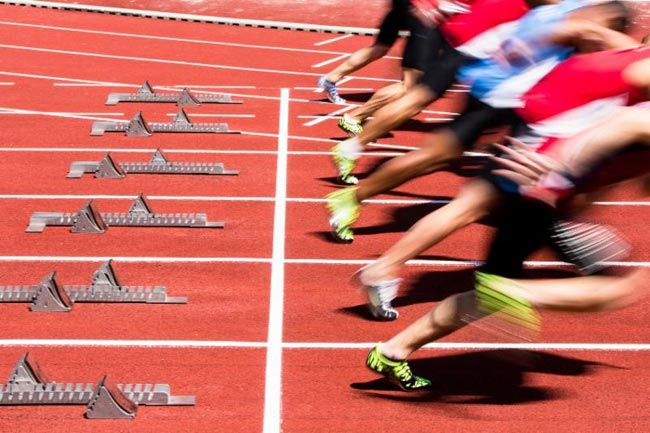 Now that the action-packed Rio 2016 Olympic Games has come to a close, thoughts are turning to the next major international sporting event – the Commonwealth Games. Gold Coast 2018, the 21st Commonwealth Games, will take place in Queensland, on Australia’s eastern coast. Four years, later, Durban in South Africa will host the 2022 Games.

Now the competition is hotting up between cities around the world to host the 2026 Commonwealth Games and the UK is going for gold!

Seven cities are currently considering bidding to host the 2026 Commonwealth Games. Of those, four are located in the UK (a fifth UK city, Cardiff, was planning to bid but pulled out due to uncertainty around funding post-Brexit). Other than the UK, only Edmonton in Canada, Auckland in New Zealand and Port Moresby in Papua New Guinea have stepped forward as potential contenders.

The UK’s hunger to host the 2026 Games follows London’s highly successful hosting of the Olympic Games in 2012 and Glasgow’s superb hosting of the Commonwealth Games in 2014. Indeed, London is one of the cities bidding, along with Belfast, Birmingham and Liverpool.

Having seen the boost that London and Glasgow received from hosting the 2012 Olympic Games and 2014 Commonwealth Games, the bids from second tier cities like Birmingham and Liverpool make complete sense. The latest legacy report from the Scottish Government shows that £100m was added to Glasgow’s economy as a result of the experience, while official figures reveal that Scotland as a whole benefited from £282m worth of tourism.

Host cities continue to reap benefits for years to come. London’s Queen Elizabeth Olympic Park has provided Londoners with a whole new way to enjoy their city, while the capital’s new and improved sporting venues have left a world-class sporting legacy for all to enjoy.

Meanwhile Manchester, which hosted the Commonwealth Games in 2002, continues to enjoy the long-term benefits of doing so. The Games left the city with a range of outstanding sporting venues and cemented its reputation as a leading global city for sport. The City of Manchester Stadium, which cost £112m to build and hosted athletics and rugby, now hosts major sporting events and pop and rock concerts. The £3.5m Regional Athletics Arena has become Manchester’s premier athletics facility. The £32m Manchester Aquatics Centre has given the general public access to Olympic standard pools, as well as hosting international swimming and diving competitions and being the home of British Paralympic Swimming.

Visitor numbers to Manchester were around 18 million people per year in 2002. By 2014 (the latest year for which figures are available) that number had risen to 115 million visitors, according to Marketing Manchester. It is no wonder, then, that both Birmingham and Liverpool are keen to host the 2026 Commonwealth Games.

Ray Withers, CEO of specialist international property investment company Property Frontiers, offers buy-to-let apartments for sale in both cities – the stunning Parker Street Residences in Liverpool (investment from £69,950) and the hand-picked Divine Collection in Birmingham (investment from £23,925). He comments,

“Birmingham and Liverpool would both make excellent venues for the 2026 Commonwealth Games. The cities are already known on the international stage and have the potential to deliver an outstanding sporting experience in 2026. The chosen host city will benefit from a lasting legacy, from the addition and expansion of world-class facilities to increased global exposure and rising tourism numbers.”

Hosting a sporting event of this nature also provides a city with the chance to breathe new life into entire areas. Both Liverpool and Birmingham have already enjoyed significant spending on regeneration in recent years. Liverpool city centre, where Parker Street Residences enjoys a prime location, has become an increasingly sought after residential area, with young professionals looking to enjoy the benefits of city centre life. In Birmingham, it is the area of Digbeth that has become home to the city’s hottest urban lifestyle, with tenants flocking to contemporary apartments like those in the Divine Collection.

What it takes to create a £1 million app