Looking to Buy a Rental Property? Here’s Why You Need a Property Manager
Our website publishes news, press releases, opinion and advertorials on various financial organizations, products and services which are commissioned from various Companies, Organizations, PR agencies, Bloggers etc. These commissioned articles are commercial in nature. This is not to be considered as financial advice and should be considered only for information purposes. It does not reflect the views or opinion of our website and is not to be considered an endorsement or a recommendation. We cannot guarantee the accuracy or applicability of any information provided with respect to your individual or personal circumstances. Please seek Professional advice from a qualified professional before making any financial decisions. We link to various third-party websites, affiliate sales networks, and to our advertising partners websites. When you view or click on certain links available on our articles, our partners may compensate us for displaying the content to you or make a purchase or fill a form. This will not incur any additional charges to you. To make things simpler for you to identity or distinguish advertised or sponsored articles or links, you may consider all articles or links hosted on our site as a commercial article placement. We will not be responsible for any loss you may suffer as a result of any omission or inaccuracy on the website. 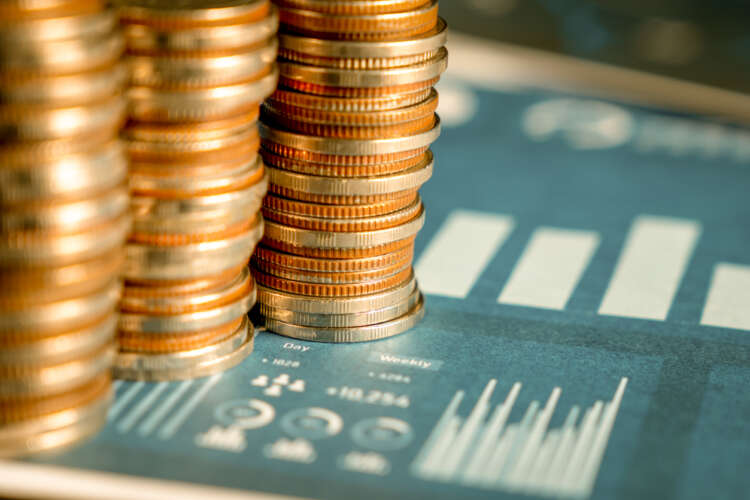 After decades of UK Defence under-investment, the stars are ever-more in alignment for a correction. Events in Ukraine have shaken many from their belief that a globalised economy meant that everyone would play by the same set of rules and that peace and harmony would endure. Russian aggression has also served to bring the threat from China into starker relief; their economic imperialism is not benign, and we should not be surprised that they see the world differently to us.

The evolving landscape of the Defence industry and VC investment

In light of these events, there is wider recognition that our national security cannot be taken for granted. We are only as secure as we pay to be. For the first time in a long time, Defence spending is a major political issue. Budgets are on the rise, or at least political undertakings have been made. Three percent of GDP is the new two percent. However, only time will tell how much NATO governments will really increase spending and what this will mean in practice against static or falling GDP and soaring inflation.

In this context, there are encouraging indications that investors are now more inclined towards Defence, in some cases because they care about national security, in others purely because it looks like a growth area with money to be made.

NATO recently announced the launch of a new €1bn fund and accelerator, Defence Innovation Accelerator for the North Atlantic, catchily abbreviated DIANA, to attract VC funds. The aspiration is for DIANA to spend €70m annually for the next 15 years investing in early-stage tech start-ups. All good so far. However, the fund won’t be operational until 2023 given the bureaucracy involved in co-ordinating member states. Indeed, some nations, including the US, have opted out of the fund altogether.

Time will tell what DIANA will amount to in practice, but it points to a shift in how Defence is seen among investors. Historically, many were loath to invest in Defence companies, some claiming that it ran against their ESG principles. Of course, they only enjoyed the freedom to espouse such principles because others were guaranteeing their safety and security, but no matter. Many now see the value in committing funds to companies that will help keep our way of life safe and we should applaud and encourage this.

Recent figures reported by PitchBook indicate that $7bn had been invested in the first 10 months of this year in VC-backed US aerospace and defence companies. This should see 2022 exceed last year’s record value of $7.6bn. At one level this may not seem surprising given global security threats, but it runs counter to the wider trend of reduced investment in most other sectors brought about by the economic downturn. Companies that offer dual-use capability, not solely selling into Defence, are inevitably the most attractive to investors as commercial buyers secure initial revenue ahead of slower Defence procurement.

Much of this spend will be directed towards digital technologies where tech start-ups have the potential to bring real competitive edge against our adversaries. This begs the question about how ready the UK MOD (and those of our keys partners) is to exploit these opportunities. The National Audit Office’s (NAO) October report on the initial implementation of the MOD’s April 2021 Digital Strategy helps answer that question.

The Ministry of Defence’s barriers to success

The strategy set out how the MOD plans to transform digitally out to 2025 and the report points to some encouraging signs, but not surprisingly also to areas of concern.

The scale of the challenge facing UK Defence is vast: the MOD by its own admission isn’t structured to implement digital technology at speed and at scale; it is fixed by myriad legacy systems; they hold vast amounts of data which is not readily accessible; the department’s organisational processes are not well-suited to delivering digital technology; and critically they have a significant deficiency in digital skills. The MOD is not alone in facing these challenges and a similar story exists in other government departments.

The Digital Strategy sets out the challenge effectively, but diagnosing the problem is the easy part. Developing a full plan to deliver change is rather harder. Not only does the MOD not yet have this overall plan, the NAO judges that they also do not have the mechanisms to secure a complete and confident picture of progress.

The NAO also highlight the MOD’s dearth of skilled and experienced digital staff, although they are hardly alone in this. There is a desperate shortage across all sectors, both in the UK and across the globe. Most organisations are struggling to secure and retain digital talent, but the MOD challenges are particularly acute. Like the rest of the public sector, they cannot offer competitive wages, but just as importantly their deserved reputation as being overly bureaucratic is a major disincentive to dynamic, young talent.

On the plus side, there is no shortage of desire to address this skills gap. However, the path is laden with process and obstacles; it is just taking too long. Without the right people the MOD will continue to be limited in making decisive strides. The Australian digital skills company, WithYouWithMe, has been working closely with Defence Digital and the Services to understand their digital challenges and to help them in two key ways. Firstly, to identify their latent talent and then up-skill their existing workforce. Secondly, by working to source digital talent from among veterans and other under-represented groups to help fill some of Defence’s workforce gaps.

The imperative to get this right couldn’t be clearer and initiatives like these are vital if Defence is to deliver on its strategy and be fit to compete for the future. The NAO judges that achieving the strategy’s objectives by 2025 will be ambitious. However, the opportunities are there. The department has a digital budget of £4.4bn in 2021/22 alone and VC funds are showing a greater readiness to invest in Defence, but they will need help. WithYouWithMe is one of a growing group of companies looking to partner with Defence to help it succeed – and succeed it must.