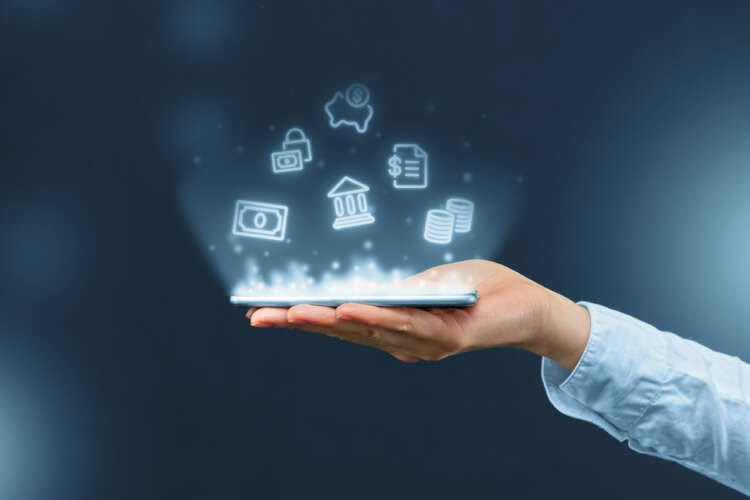 How people donate to charity is changing. Cash is no longer king and UK charities are stepping up to meet this shift in demand by adopting digital innovations to ensure vital donations get through to those in need.

Cash has traditionally been the most popular means for people to donate to charity. Even with increasing awareness and the visibility of ways to give online and by direct debit, donating physical coins and notes remained a popular way of giving to charities even in the 21st century. Charities generated significant revenue through collection tins and charity stalls, at least in part because of the human interaction involved: through a smile, a nod of the head, a short conversation, donors received affirmation of their generous deeds. In-person, cash-based giving has also historically been popular because it can be an effective way for individuals to do something good while also relieving themselves of the weight of loose coinage in their wallet.

However, since the beginning of the coronavirus pandemic and its series of accompanying lockdowns, the landscape of charitable giving and payment methods has changed. The Charities Aid Foundation’s UK Giving Report, the country’s largest study giving behaviour found that amongst social isolation and limitations, only 38% of donors gave with cash in 2020, compared to 51% the previous year. This trend has continued into 2021 despite the gradual removal of lockdown restrictions. As few as 7% of donors used cash in January 2021, compared to 30-40% in a typical January.

With cash donations dwindling and at some points almost disappearing, last year saw an increase in donors using digital methods, via a website or app. Yet although online and digital payments are relatively established in retail, some forms remain rather nascent for charity donations. In order to mitigate against the decline in cash, charities have been innovating to attract donations and have increasingly embraced new payment methods in fundraising and charitable contexts.

Engaging with new payment tools is critical for charities to remain effective within the fundraising space. Cash may not be dead, but eWallets and digital banking are growing in popularity. In terms of global e-payment methods, digital/wallet payments represented 44.2% of payments in 2020 and are forecast to increase to 51.7% by 2024 (source: WorldPay, 2021 Global Payments report). In terms of market trends, meanwhile, 72% of UK adults used online banking and 54% used mobile banking in 2020. The charity sector consequently needs to respond to such trends by offering quick, easy, and flexible options for making donations.

Trends to digitalised payments are also unlikely to abate given they are shaped in part by the millennial generation, which forms a growing proportion of contemporary earners, spenders, and donors. Millennials are the first fully digital generation, having grown up with computers and other gadgets as part of their normal lives. They are a major driving force behind the changing consumer payment landscape, and also an important demographic group for charity and online giving more broadly.

So what are some of these new payment methods?

QR codes- or a ‘Quick Response code’- aren’t just for checking in at restaurants or scanning train tickets. Scanning a QR code with a mobile device also can be a quick and simple way to donate money – and increasing numbers of charities are adopting this as one of their payment methods.

The ways of using this payment method to best advantage can be varied and creative. QR codes can be added to charities’ fundraising packs or promotional items, for example, encouraging people to scan codes to make a contribution or find out further information. Codes can be printed and stuck onto collection buckets or even printed on volunteers’ t-shirts so that people who wish to donate in-person – but cash-free – can do so. Codes can even be displayed in the windows of charity shops, enabling people walking past to make donations to charity 24/7, regardless of whether shops are open.

Some companies are supporting the charity sector by embedding giving into their products, typically through card-based methods.

Embedding giving into products includes businesses rounding up a bill to the nearest pound, with the pennies going to a charity nominated by the shop or venue. Some debit and credit card apps offer similar round-up functionality, but with the recipient charity nominated by the customer. Cause-related marketing, where a brand pledges a donation to a named charity every time a customer buys their product also embed giving into the product – Innocent Drinks and Age UK is a good example of such a partnership. Co-op membership cards, meanwhile, allow for customers to choose a local charity and have a percentage of their ‘reward points’ donated to it. CAF also worked with M&S on their Sparks card, which sees a 1p donation pledged to the customer’s charity of choice every time the customer swipes their card. These are incrementally powerful examples of embedded giving being embraced by companies and businesses across the UK.

Donating through voice software is a form of giving in its early stages, but some technology development companies are exploring it. For example, goDonate – developers of digital fundraising platforms – have developed a product that enables giving through voice software such as Amazon Echo (commonly known as ‘Alexa’). goDonate Voice allows individuals to issue verbal requests to their Alexa to make donations to charities. This provides a rather effortless channel for donations, as donors do not even need to have on-hand access to their credit card details or cash. Data is pulled from the Amazon marketplace, allowing donations to be quick and seamless.

Such technology holds great promise as a more accessible form of giving, which could benefit the elderly and the visually impaired in particular. It also has the potential to encourage donors to act more impulsively for charity. For instance, a donor might be inspired by a television advertisement or a news bulletin showing a particular crisis to donate immediately to the related charity of their choice.

Over the next ten years, the Charities Aid Foundation and our colleagues in the wider charity sector will need to overhaul our payment structures and embrace new fundraising ideas. This is necessary to future-proof our services against the rapidly developing technological world of payment tools. With 86% of those aged 25-34 possessing smartphones (source: FirstData, The Unbanked Generation: A Guide to the Financial Habits of Millennials), transitioning to mobile and seamless online payment services is becoming inescapable. While change can bring challenges, the public’s embracing of new payment tools suggests that there are opportunities to be found in adapting to new environments and meeting customer preferences around giving. As a connector between charities and donors, we look forward to seeing how these innovative and future-focused ways of donating develop.