Stocks, euro gain amid divergent Fed, ECB rate hike outlooks
Our website publishes news, press releases, opinion and advertorials on various financial organizations, products and services which are commissioned from various Companies, Organizations, PR agencies, Bloggers etc. These commissioned articles are commercial in nature. This is not to be considered as financial advice and should be considered only for information purposes. It does not reflect the views or opinion of our website and is not to be considered an endorsement or a recommendation. We cannot guarantee the accuracy or applicability of any information provided with respect to your individual or personal circumstances. Please seek Professional advice from a qualified professional before making any financial decisions. We link to various third-party websites, affiliate sales networks, and to our advertising partners websites. When you view or click on certain links available on our articles, our partners may compensate us for displaying the content to you or make a purchase or fill a form. This will not incur any additional charges to you. To make things simpler for you to identity or distinguish advertised or sponsored articles or links, you may consider all articles or links hosted on our site as a commercial article placement. We will not be responsible for any loss you may suffer as a result of any omission or inaccuracy on the website. 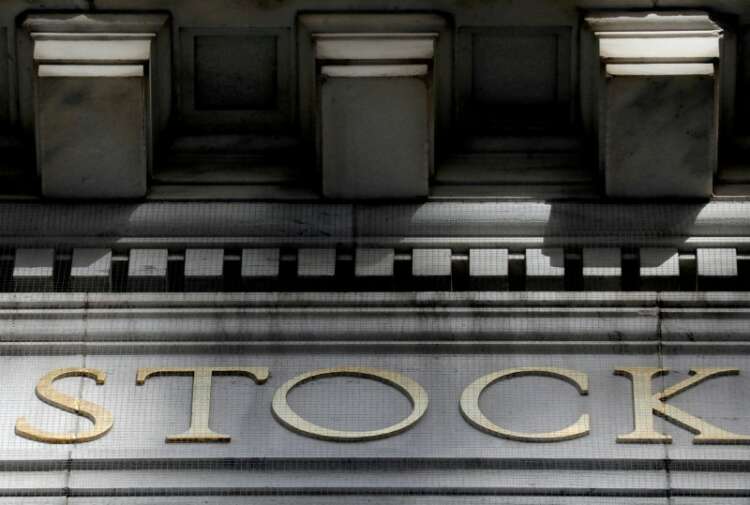 By Matt Scuffham and Ritvik Carvalho

NEW YORK/LONDON (Reuters) -Global shares treaded water on Monday as sharp falls in gold and oil prices and concerns over the spread of the coronavirus Delta variant dented sentiment.

European shares ticked slightly higher after a mixed start, while other regional indexes stayed near recent highs with earnings season winding down. [.EU]

Oil prices fell as much as 4%, extending last week’s steep losses on the back of a rising U.S. dollar and concerns that new coronavirus-related restrictions in Asia, especially China, could slow a global recovery in fuel demand.

Holidays in Tokyo and Singapore made for thin trading conditions, adding to the volatility. Yet after an initial fall, MSCI’s broadest index of Asia-Pacific shares outside Japan recovered to be up 0.1%.

Chinese trade data out over the weekend undershot forecasts, while figures out Monday showed inflation slowed to 1% in July, offering no barrier to more policy stimulus.

The U.S. Senate came closer to passing a $1 trillion infrastructure package, though it still has to go through the House.

Investors were still assessing whether Friday’s strong U.S. payrolls report would take the Federal Reserve a step nearer to winding back its stimulus.

“What we’re seeing is a little bit of early profit-taking on the back of fear that tapering will come in earlier in September,” said Sebastien Galy, senior macro strategist at Nordea Asset Management. “But as you can see, it has little impact because the effect of a better economy far outweighs the substitution effect of higher interest rates.”

However, the pace of tapering was still up in the air and would decide when an actual rate increase comes, he said. The Fed is buying $120 billion of assets a month, so a $20 billion taper would end the programme in six months while a $10 billion tapering approach would take a year.

The spread of the Delta variant could argue for a longer taper, with U.S. cases back to levels seen in last winter’s surge with more than 66,000 people hospitalised.

Figures for July CPI due this week are also expected to confirm inflation has peaked, with prices for second-hand vehicles finally easing back after huge gains.

Four Fed officials are speaking this week who will no doubt offer enough grist for markets looking for clues on the timing of tapering.

In the meantime, stocks have been mostly underpinned by a robust U.S. earnings season. BofA analysts noted S&P 500 companies were tracking a 15% beat on second-quarter earnings with 90% having reported.

“However, companies with earnings beats have seen muted reactions on their stock price the day following earnings releases, and misses have been penalized,” they wrote in a note.

“Guidance is stronger than average but consensus estimates for two-year growth suggest a slowdown amid macro concerns.”

Oil rebounds on profit-taking as market shrugs off virus impact