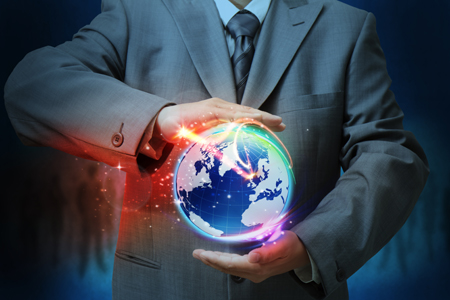 The Ancient Greeks said there’s nothing permanent except change; nowhere is this more evident than the banking industry.  A sector which appeared frozen in the mists of time is now undergoing unprecedented change, especially since a series of new ‘challenger banks’ have arrived on the scene.

The idea of a ‘challenger bank’ has evolved over time, reflecting the changing nature of the industry. Previously banks such as Nationwide, TSB or Metro would be given the ‘challenger’ label. They retained the traditional banking model, whilst still presenting a threat to major firms, through proposing to be smaller, more ethical and better for customers.  The term is now used to encapsulate the emerging fintech disruptors such as Tandem, Mondo and Fidor.  These ‘new’ challengers are more radically different to the competition; they generally have a lower cost base, are aimed at social media and mobile users, and are not yet hindered by outdated infrastructure.

These start-up banks aim to make an impact through their creative advertising campaigns and online-only business model. This strategy will enable them to operate with a lower cost base and a healthy cost to income ratio.  They lack an immediate customer or high street presence, which is the traditional source of acquisition. However, they are gaining a loyal following through their innovative use of technology and opportunities for customers to gain a stake in the company.

The Government has attempted to tread a careful path, striking a balance between encouraging new entrants to the market and maintaining the regulation needed to keep customers safe.  In order to facilitate competition, the rules for obtaining a banking license and capital adequacy are lower for new entrants.

However, the recently introduced bank levy has been greeted with opposition from some challenger banks, who feel that the tax is regressive and therefore will penalise them disproportionately. There are also fears that the costs will be ultimately passed on to the consumer, possibly leading to the end of free banking as we know it. The government has the unenviable task of maintaining controls that enable competition and differentiation whilst maintaining a safe environment that protects customers, the reputation of the industry and promotes a stable economy.

The arrival of new challenger banks will revolutionise the customer experience, providing a different personal banking proposition. Challenger banks are typically online-only, with many of them being heavily aligned to a social media presence. As these new institutions are small, agile and customer focused, their users are able to benefit from more easily tailored products and more personalised service.

The online-only nature of many challenger banks has led to questions around online security, due to application fraud and the lack of physical presence. However, firms that focus entirely on their online offering are more likely to have strong processes in place. All the evidence so far suggests that challenger banks are built on robust platforms, although they have admittedly not yet been proven at scale.

Many of these challenger banks have decided to use the same software as a service model for all of their technology applications.  This means that many will be using the same underlying core platform, even if they appear bespoke due to different front ends.  The challenge will be how to innovate if everyone’s platforms are configured in the same way, which could give increased importance to product marketing as a means of gaining customer loyalty.

Another key question is whether firms can build a trusted brand without having a bricks-and-mortar branch on the high street.  Recent research from the British Banking Association shows that customers used their mobile devices to check their current accounts 895 million times in 2015, more than double the number of branch interactions in the same period. They have forecasted that by 2020 this figure will rise to 2.3 billion – more than internet, branch and telephone banking combined.

These figures appear alarming, however recent experience suggests that customers want to know they have to access to a branch network even if they do not use it. First Direct, one of the first online pioneers, found it difficult to gain market share for this reason, especially when it came to encouraging the take-up of current accounts.

There is also another challenge around how to deposit cash in a digital only world. Automated cheque imaging will be rolled out by 2020 to accommodate quick and easy cheque payments. However, until we have a cashless society a physical location will be required to deposit cash – it is unlikely that customers would be comfortable posting cash deposits.

To address this issue, some challenger banks have developed partnerships with organisations that already have a branch network, such as Atom and the Post Office. Industry analysts will be following this relationship with interest, as if successful, it could prove an appealing strategy for other challenger banks.

The future of banking

It is an exciting period ahead for the banking industry, as challenger banks pose a threat to the established order and offer new and interesting customer propositions. However, they face a number of obstacles if they are to gain a foothold in a competitive and fast-moving sector.

Challenger banks will need to find ways to bridge the gap between branch and online-only operations. They will have to address any lingering customer fears about losing face-to-face contact with their bank and prove that they can indeed build a trusted brand which is online only.

This will need to be done through the flawless trial and launch of customer accounts and exceptional ongoing servicing.  If challengers can address these customer fears then ‘challenger banks’ could become established players within the banking world, helping to drive further change in the industry.

IMPROVING REPUTATION IN THE BANKING SECTOR THROUGH MARKETING COMMUNICATIONS

KNOWING YOUR CUSTOMERS’ NEEDS IS ESSENTIAL FOR BANKING INNOVATION