The future of blockchain in banking 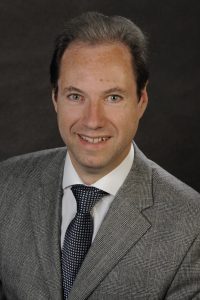 Blockchain has useful applications in various industries, with banks proving increasingly interested in this technology. So far, the only generalised example of this has been bitcoin and although the famous crypto-currency has been an undeniable success, blockchain is not a magic wand that will solve every bank’s problems.They shouldn’t expect it to revolutionise the whole industry overnight. While some stakeholders seem to have unrealistically high expectations, future developments will take time.

Bitcoin is one of the first examples of blockchain technology banks have shown interest in. Admittedly, this virtual currency remains somewhat mistrusted due to perceptions of this as a tax evasion tool. Despite this, more and more clients are asking their private bankers about the crypto-currency. Some clients have large bitcoin assets and wish to consolidate these with their regular portfolios. This pressure will push banks to adopt platforms enabling clients to visualise those assets directly while allowing customers with bitcoin assets to rely on their trusted banks instead of specialised bitcoin players who may not be firmly established.

Know Your Customer: A Major Issue

Know Your Customer (KYC), the regulatory process used to verify clients’ profiles, is also set to have a huge impact on the industry. This regulation makes attracting new customers increasingly demanding and complex for the bank, but also for customers, who have to complete seemingly endless forms.

In the future, it’s possible some KYC information will be factored and pooled between banks. “Regtech” start-ups are already offering products of this kind and customers have already shown interest in such solutions.

Blockchain shares and distributes information and encryption in ways that make it a particularly powerful solution for KYC obligations. Blockchain can be deployed on private networks, so cryptography can be implemented to shield sensitive information.

It’s impossible to set up a distributed KYC service without sharing some sensitive information. However, there is a potentially viable business model for scenarios when a customer completes a KYC process with Bank A before deciding to do business with Bank B. In this case, the customer could use a certificate from Bank A to prove to Bank B he has already completed a KYC process. Bank B would probably pay a fee to Bank A, but this would be small compared to the cost reduction..

In this model, the first bank would be informed its client has started a relationship with another provider. At a time where multi-banking is common, at least in the private banking world, this would not be an issue.

Blockchain is also a tool that can ease cross-border payments. For example, Ripple has set up a blockchain network connecting banks. The typical use case is a cross-border transaction between two SMEs. The standard correspondent banking scheme is quite inefficient;it takes five days to transfer the money, while transaction fees soon add up. With the standard scheme there is also a risk the intermediary bank will default, leaving transactions unmatched.

Blockchain offers a more efficient solution. In the case of Ripple, an internal currency has been created that is quoted by authorised market makers. Payment is completed in minutes and doesn’t depend on message exchange. As the internal currency is not a true digital currency, each bank still needs money to guarantee the transactions. Despite this small drawback, this solution is really promising.

Payments in Europe will be disrupted by the PSD/2 directive. Among other things this will enable clients to manage all the accounts they hold with different banks using a single interface. This revolution on the front-office side will massively impact the banking landscape. It could be accompanied by a similar revolution in the back-office. Blockchain technology would introduce payment systems that work using transactions instead of messages, making a clearing mechanism unnecessary.

Blockchain technology will also be used to setup “smart contracts” which execute automatically according to predetermined criteria.

In this instance, the advantages of blockchain can monitor the life cycle of financial products more complex than simple payments, including options and other derivative instruments. Due to their derivative nature, these products, whether they are OTC or listed, require both counterparties to monitor market conditions and track when barriers are hit.

Cash flows are generated when certain market conditions are reached.Tracking several hundred or thousands of products consumes significant resources and requires substantial reconciliation work. It would be more effective to automate the process using smart contracts to schedule these cash flows. Also,this solution combines the flexibility of the OTC world with the transparency demanded by regulators.

The speed at which blockchain technology is adopted will be determined by differences in the structure of the banking market from country to country. Progress will be faster in smaller or non-existent ecosystems. If we look at geography, a country like Australia,  could adopt blockchain technologies faster than others as there are only four banks. The same could be said of Switzerland, where integration is already quite strong thanks to the SIX[1] centralised payment system. However, the presence of such an effective centralised tool will make it more difficult to migrate to an alternative.

However, while the securities chain will benefit from this technology, adoption could take between 10 to 15 years due to the lack of ambition to transform the industry.

The more attractive the use case in terms of potential cost reduction, the higher adoption reluctance is likely to be. This is because there will bemore intermediaries, all with something to lose.

In the coming months, we can expect to see the first blockchain initiatives reach production stage. These potentially competing initiativeswill pose integration problems to the industry. That said, these challenges will not necessarily be more difficult than those we facealreadyin securities, for example.

Despite the lack of standardisation of blockchain solutions, this technology is here to stay; it allows all assets to be truly digitised.

ONLINE REPUTATION AND CUSTOMER CENTRICITY WILL LEAD THE WAY FOR RETAIL BANKING  IN THIS NEW ERA OF APPROACHABILITY: