Why A Quiet Revolution In The Cloud Is Worth Billions 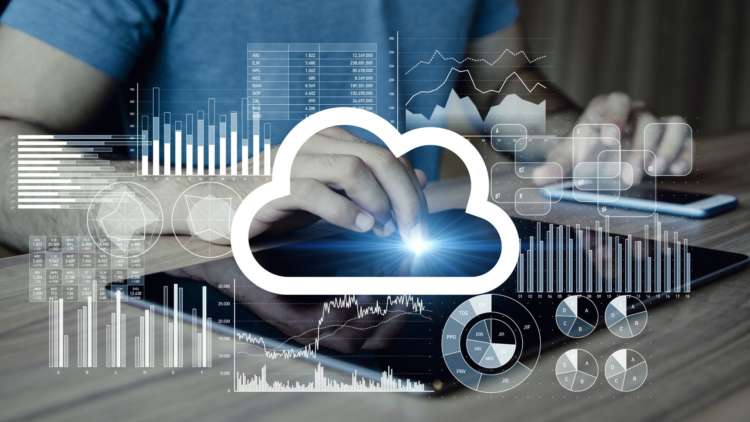 Disruption And The Impending Demise Of Desktop Accounting Software

Mr. Stickley has a long and highly successful track record of launching, growing and selling innovative technology companies across a wide range of sectors. The past 30 years have seen his involvement in building six other businesses that have each been acquired, the largest deal being over £100 million. He has also had significant experience of scaling up a technology business in America, having lived there for three years while at the helm of one of his investments.

A quiet revolution is underway in the world of cloud accounting software. Or rather, it’s more of a goldrush. And not everything about it is quite so hushed – the move away from desktop software is causing consternation among some small firms.

As it currently stands, the cloud accounting software market is dominated by entry-level offerings such as Xero and QuickBooks at one end and corporate sector platforms such as NetSuite, Dynamics and Intacct at the other.

But the mid-market is an underserved void that offers lucrative opportunities. Award-winning accounting software developer iplicit forecasts £100 million in annual recurring revenues, based on just a 10% market share, over the next decade in the UK alone.

“That’s a £1 billion (valuation) business in the UK – and a multi-billion pound opportunity when you factor in North America and the rest of the world,” said iplicit CEO Lyndon Stickley.

Growth at iplicit is being driven by a team that includes CFO Rob Steele, who co-founded Bournemouth-based Exchequer Software. He secured Exchequer’s position in the UK market and was instrumental in its sale to IRIS in March 2005.

Mr Stickley said: “The ramifications of desktop software reaching end of life are widespread and deep for hundreds of thousands of organisations around the globe.

“Sage has almost a million desktop customers alone, not to mention many of the other historic incumbents who dominated on-premise accounting software in the ‘90s and noughties.”

Some former Sage 50 customers are unhappy after being told they will now have to pay for cloud-based accounting software (a recurring monthly cost) – just months after investing in the desktop version (a one-off capital cost).

Some QuickBooks customers report that the online version can’t handle the same levels of stock as the desktop version. Mr Stickley said: “This is clearly a significant issue from a continuity of business perspective, if the existing versions cease to evolve or be supported.”

Most QuickBooks desktop and Sage 50 users will be able to transition to either QuickBooks cloud or Xero. But hundreds of thousands of organisations will have financial complexities – such as multi-legal entities, consolidated reporting and approval workflow requirements – that are beyond the entry-level capabilities of these basic offerings.

Just to be clear, small firms don’t have a problem with cloud technology. Quite the contrary – sole traders and smaller SMEs have been keen adopters. In particular, Xero and QuickBooks have led the way in educating millions of small organisations around the globe about the benefits of the cloud.

Ordinarily, any new technology is taken up first by the major corporations before cascading down through the supply chains. NetSuite first appeared around 20 years ago, offering a ‘nimble’ cloud alternative to the enterprise incumbents.

In theory, the mid-market should have been next to follow suit and adopt the new technology. But instead, the process of evolution seemed to pause and stagnate: on-premise vendors protected their desktop customer base, offering very little in terms of a migration path to the cloud.

Instead, enter Xero around a decade ago – a proverbial kick up the backside for dominant incumbent QuickBooks. Roll the clock forward 10 years and we have the two primary providers of entry-level accounting software – providing true cloud options for the sole trader up to 30-strong organisations with a meaningful payroll.

But what about organisations with between 30 and 300 employees? They are serious enough to require more than entry-level software. They need affordable ERP, without 75-150 days of migration, configuration and training. The FDs at these 30-300 organisations can’t face the accountancy software equivalent of open-heart surgery, even if they know they need it – instead they need a keyhole alternative. Organisations of this size don’t have the luxury of project teams they can allocate for the next 12 months.

They also face another challenge…are they able to specify the right type of cloud technology? There is a significant difference between true cloud software and the fake cloud perpetuated by some of the old legacy providers. Fake cloud lacks the full functionality – in some cases, embarrassingly so.

This disparity was caused by the market’s rush to create online offerings when the technology first emerged. Online access was effectively (or rather not very effectively) bolted on to the old desktop code. This led to bloatware and compromised functionality among some legacy providers’ software – whereas newer players like iplicit have been able to start with fresh code.

And as the economy tightens, that need has never been more important. The latest Q2 2022 report from Gartner points to businesses seeing macroeconomic downturn as a greater emerging risk than ransomware attacks or Russia’s invasion of Ukraine.