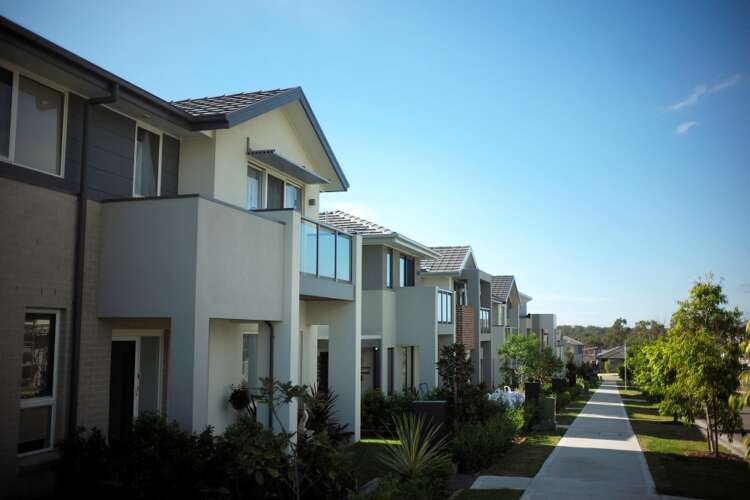 SYDNEY (Reuters) -Australia’s housing market downturn is squeezing many home sellers into a double bind: They’ve taken out a mortgage for a new home but are holding out for a good deal on their old place, forcing them also to hold a bridging loan to cover their previous mortgage.

And with prices now falling at their fastest pace in four decades, a sharp reversal from the 25% annual price rises seen just a year ago, the durations of those bridging loans are doubling or even quadrupling from their typical three-month span.

This has been good news for many lenders in an otherwise shrinking mortgage market, where falling house prices and rising interest rates are driving away business, but it means more financial stress for borrowers still braving the market.

“I think there are people who have been caught out,” said Julie Buchanan, a seller’s agent in Sydney who recently extended a marketing campaign for a high-end property to three months from six weeks, due to lukewarm buyer interest.

“A lot of them have had to have their price expectations revised,” she said. “If they can’t get the price then bridging finance is something they use to get them over the line. Then they’re potentially holding two properties.”

Most properties still sell within the three-month timeframe of a standard bridging loan: The average home in Australia’s major cities took 31 days to sell in August, while sellers may also factor in a contract settlement time of about six weeks.

But that was an increase of 63% since last November, according to CoreLogic, and home sellers would likely expect the market to grow even more sluggish after four straight months of interest rate hikes, with more expected – the next on Sept. 6.

Joe Bennett, a senior lending relationship executive at bridging lender ASCF, said inquiries had risen with interest rates, and the average term of a loan written by his company had ballooned from three months to between six months and a year.

“Historically when markets are hot they only want that loan for three months because they knew – and it was realistic to assume – that they could list their property this Saturday and have it sold by the following Saturday,” Bennett said.

Aaron Bassin, CEO of bridging finance provider Bridgit Financial Services, said his company plans to double its longest loan from six months to a year, due to customer demand.

“In case the property market continues to slow down, a longer duration product will be needed, and that’s something that we’re currently working on,” said Bassin. He added that August was a record month for his company for total loans.

Australia and New Zealand Banking Group Ltd, the country’s fourth-largest lender, recently doubled its maximum bridging loan from six months to a year, a spokesperson said, although they did not specify a reason.

But bridging loan providers say their volumes have jumped, even as retail banks warn of rising competition and shrinking business in mortgage lending overall.

Government figures released on Thursday showed that the value of new housing loans fell 8.5% in July, nearly double the 4.4% decline the month before. The data does not break out separate figures for bridging loans.

While four months of interest rate hikes forced all lenders to put up their mortgage rates, they may also have allowed bridging loan providers to narrow the gap between their rates and those of standard mortgage loans, making their products more palatable for borrowers.

“We put our rates up and braced for a slowdown, but it’s still full steam ahead,” said Jack O’Reilly, CEO of funding.com.au, a bridging loan specialist whose monthly loan volumes are up 50% from a year ago.

“You would think it would slow down because things are pricier, but I would say the increase in activity in this space is continuing.”

Boeing expects MAX 7 to be certified before MAX 10 – executive