How can we protect ourselves in the age of Pegasus? 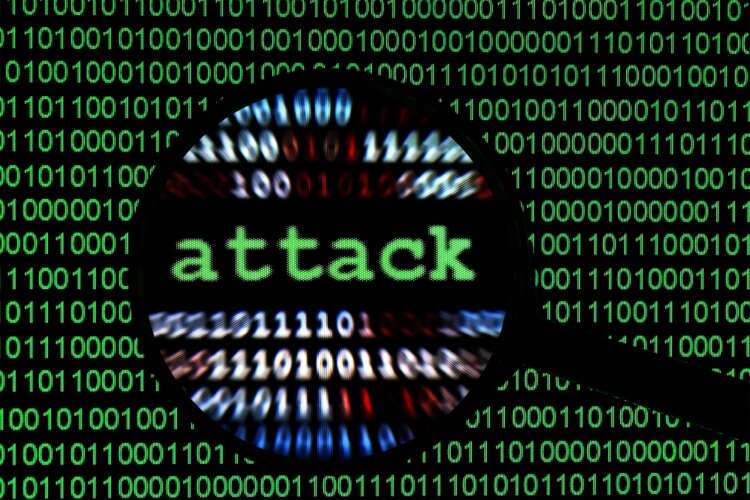 By James Sené, chairman of fintech 11Onze, shares his experience and insight on how we can address the challenges of cybersecurity in the age of Pegasus

Tap and go, has become our latest mantra. Be it at a till in a shop, in a cafe or in a taxi, all we do these days is tap and go. What we do not think about is how this little tap could lead to paying for something we didn’t buy, losing all our savings to cyber criminals or worse, becoming a victim of identity theft. So far, the abuse of technology was limited to mainly monetary gains.

From national security to individual freedom, technology in the wrong hands is causing untold damage to our society. It is already robbing many of their savings and now threatening to steal our freedom.

The amount of money stolen by cyber criminals is staggering. To date, Americans have reported losing more than $469 million to pandemic-related fraud. In the U.K, businesses have lost over £6.2 million to cyber scams over the past year – with a 31% increase in cases during the height of the pandemic.

In some European countries, cybercrime accounts for almost half of all crimes committed! COVID-19 has fanned the fire of cybercrimes by putting banks, fintechs and businesses across the globe on a backfoot. Infact, 2020 set the all-time-high record for cybercrime, fraud, and ID theft in the US and in Europe. No wonder 76 % of Europeans are increasingly worried about cybercrime!

Businesses – big and small, and ordinary citizens – young and old, have become victims of cybercrime. In the US, Colonial pipeline hit the headlines when it had shut down the entirety of its gasoline pipeline system in its 57-year history. Meanwhile, in Europe, some 800 Coop supermarket stores in Sweden were forced to close after point-of-sale tills and self-service checkouts stopped working. It was due to an ongoing cyber-attack affecting organisations around the world. The list goes on…

Cybercrime takes various forms. Hackers can steal your data, your identity to commit online fraud. You might end up paying a bill for something you never ordered. Everyday, thousands are bombarded by fake texts about online parcel deliveries “phishing” for bank details. Many lost their life savings to these criminal operations. Fake emails demanding bank details for tax refunds have become de rigueur. Even Covid-19 jabs related messaging is being used for cleaning out victims’ savings. “Authorised” fraud, where consumers are duped into transferring money to criminals, hit record levels in 2020, with £479m lost by nearly 150,000 victims.

Cybersecurity has become a national priority today. For banks and fintechs – who rely on offering a safe haven for financial security to their customers – it is imperative that they offer cyber security.

First and foremost, people have to be educated about cyber crimes and its various forms. Governments must take the lead here – like campaigns to cut obesity, they must run campaigns to educate people about cybercrime.

The European Union has developed a comprehensive cybersecurity policy which includes a cybersecurity law designed to enhance Europe’s cyber-resilience and a permanent EU Agency for cybersecurity.

Online fraud is a new event for most of us and they are much more difficult to avoid, especially for those who are not yet fully accustomed to the digital realm. How can we protect ourselves?

A few steps that we can take to avoid being victims of cybercrimes include keeping personal and private information secure on social media. Cybercriminals often get our personal information from a few data points, so the less information we share publicly, the better it is for us. It is best not to share information such as the name of our first school, pet or mother’s maiden name. Changing privacy settings on our social networks, for example, by setting the profile as private, or restricting the information that people that you have not added as contacts can see, helps.

Personal information theft can also occur when someone obtains your personal data in a way that involves fraud or deception, again, typically for economic gain. You might be tricked into giving personal information over the internet, or a cybercriminal might steal your post to access account information mailed to you. That’s why it’s important to guard your personal data. A VPN can also help to protect the data you send and receive online, especially when accessing the internet on public Wi-Fi.

New technologies are always vulnerable. Biometric data stored by a service provider could be hacked. It is just as valuable a target for cybercriminals as a database containing usernames and passwords. A password you can change but a fingerprint is yours for life. Any security breach resulting in leakage of this information is likely to have much more serious consequences than the theft of a password.

Therefore, it’s important that people are informed about the way biometric data is used and held, and under what circumstances it might be passed on to other agencies. Also, this technology should be used as a secondary protection method that complements other security measures rather than replaces them completely, for obvious reasons.

I understand that fighting cybercrime is everyone’s business. For most people, that means following a few simple, common-sense steps to help keep yourself and your family safer.

But that doesn’t mean that banks and governments should not be held accountable for either misuse of power or a lack of investment in a robust security system. In the UK, a majority of banks have adopted a voluntary code to refund “no fault” victims of such crimes, but the number of victims who managed to get any money back can be as low as 30 percent in some banks! As technology moves and shifts, we too need to understand, adapt and ensure our safety.

It is inevitable that we will see more of Pegasus’ eroding our trust in technology but I believe we will also find our Bellerophons to combat the cyber criminals.

Ransomware in 2021 – the importance of a layered defence