The case for banks to digitally transform 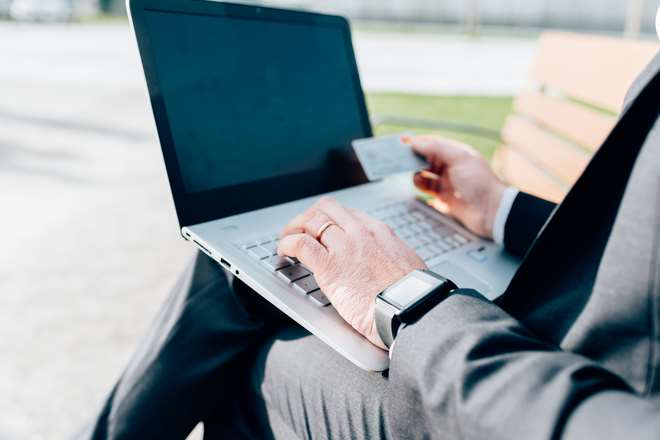 With the exponential pace of change in financial services, the need for legacy banks to adopt digital transformation strategies is paramount. In the face of a difficult macro environment, new competition, shifting customer expectations and emergence of new technologies, banks can no longer rely on outdated practices.

Arguably the biggest factor driving digital transformation in legacy banks is increased competition. Over the past five years, a new breed of ‘challenger’ banks have emerged, focusing on delivering digital-only services and exceptional customer interactions. In the UK alone, there are currently more than 20 serious challenger banks including Monzo, Revolut and Starling Bank.

These newly created digital banks are resetting the standards for the industry as a whole and must not be underestimated. By relying on their tech, rather than their reputations, they share characteristics which incuments are struggling to replicate. These characteristics include being cloud-native from the offset, posessing fintech friendly architectures and open data models that adapt to new innovations quickly, a culture that promotes rapid customer-led proposition development and high levels of straight-through processing, enabling lean operations.

Tech-driven digital disruptors such as Monzo and Starling Bank have ultimately, won over customers with simple, low-fee, mobile-first products and services. And they aren’t standing still. They’ve continued to develop their offerings and products ever further, while traditional competitors scramble to catch up. What makes them feared, is their rapid appetite for market share especially with younger consumers, and the fact that they operate at dramatically lower costs which frees up more money to invest in growth.They are also in a position to implement new features in weeks, not months. The constant innovation from these ‘challengers’ keeps pushing the standards ahead, a struggle for incumbents who inevitably take time to build change momentum due to legacy capabilities and ways of working.

Despite criticism – or perhaps hope – that this new breed of banks would fade into obscurity as their mainstream competitors develop similar products, the digital disruptors have proven themselves to be here to stay. According to Which?, challenger bank Monzo has been ranked as the best bank in the UK with a customer rating of 86% (banks were rated out of a series of categories by real customers). Their ability to match up to some of the biggest and most established names in the business is a concern for many in the traditional banking sector.

The time for incumbents to close the gap is now. They must accelerate their pace of change or else risk falling even further behind.

So, with an abundance of legacy debt, how can large, established banks respond?

Three clear models of digital business transformation have developed and in order to transform, banks need to take a dual or three-pronged approach to implementation.

First, how to approach the evolution of core mindset and infrastructure to gradually transform the bank towards a more effective future model. This is the fundamental issue that holds back innovation and adoption of new ideas/practices in this sector. Banks must tackle this head on by taking a more structured approach to driving this incrementally;  by going back to their ethos and structure, investing in communication and training as well as developing a clear & comprehensible digitalisation plan, eliminating silos and developing robust strategies for employees to get behind. It’s also crucial to invest in modernising IT practices and applications such as the Cloud, with a strong focus on designing for Cloud rather than just migrating old processes and architectures into a new Cloud infrastructure. Banks must also move to a customer led model – both from an organisational and incentives perspective; Service design, customer journey-based models and tools can enable this.

The most important part is to ensure a culture change takes place: this is also the hardest part. It’s advisable to select one or two areas that can become exemplars for the rest of the organisation and change those first with visible results. This initial success can create a “movement” that facilitates change across the wider organisation. An example of the Evolve model in practice, shifting from a product to customer centric value stream can be seen with ING. They reshaped e2e to scaled agile and now, delivers in days as opposed to months.

Jump centres on platform modernisation: core-system transformation, modular architecture delivery, data and analytic platforms. With no definitive case study from a large bank of it’s success as of yet, this experimental model is the riskiest of all three approaches but also, potentially offers the highest reward. This is less about incremental change and more about ‘jumping’ in feet first. It involves creating a new shell onto which the existing business can migrate onto. In order for this method to be successful, a step-change in cost-to-income ratio and customer experience is crucial. By adopting new strategic platforms and ways of working, with continued but reducing connections to the existing business, this model requires a willingess to trial new approaches, in turn, decommissioning the legacy systems.

The Attack model focuses on driving quick incremental revenue; launching a new enterprise with a self-contained business core. Adopting a ‘digital attacker’ mindset requires legacy banks to recreate the dynamism of fintech startups within their organisations through innovation labs, as well as partnerships with external technology providers. Initiatives such as these allocate space to incubate ideas internally with considerable time and investment. They also overcome the cultural issues that big organisations create by building small teams in the company to develop new competing platforms. New, self-contained enterprises within the business should focus on addressing a unique customer need instead of on delivering a new product.

For these to work, it’s crucial that the teams prioritise a ‘digital first’ design and are not encumbered by a need to integrate with the existing bank – thereby leaving them unconstrained by legacy.A great example of the Attack model in action is Anglo-Gulf Trade Bank – the world’s first digital trade bank that was launched in the second half of this year – in partnership with Public is Sapient and Microsoft, in a matter of months. This digitally-enabled bank, built entirely from scratch was designed to serve the SME market, disrupting the UK & UAE trade corridor and in turn, closing the $1.5 billion trade gap. This was done by building a lightweight cloud-based platform supported by architected and lean business operations. Hosted entirely on the cloud, Anglo-Gulf Trade bank simplifies trade finance to boost financial inclusion. It is both reimagining and rebuilding institutionalized trade finance for clients. Anglo-Gulf Trade Bank saw an opportunity to create a bank of the future and build a digitally enabled, client-centric enterprise.

So, in order to compete with challenger banks, legacy banks need to ensure that they implement a strategy that combines evolving the organisation’s ethos and structure alongside creating a separate digital enterprise. While natural inertia will make most organisations focus entirely on fixing current issues via Evolve, we feel that it’s important to have a more holistic approach where investments and time are directed towards Jump and Attack models to future proof their businesses and drive innovation.